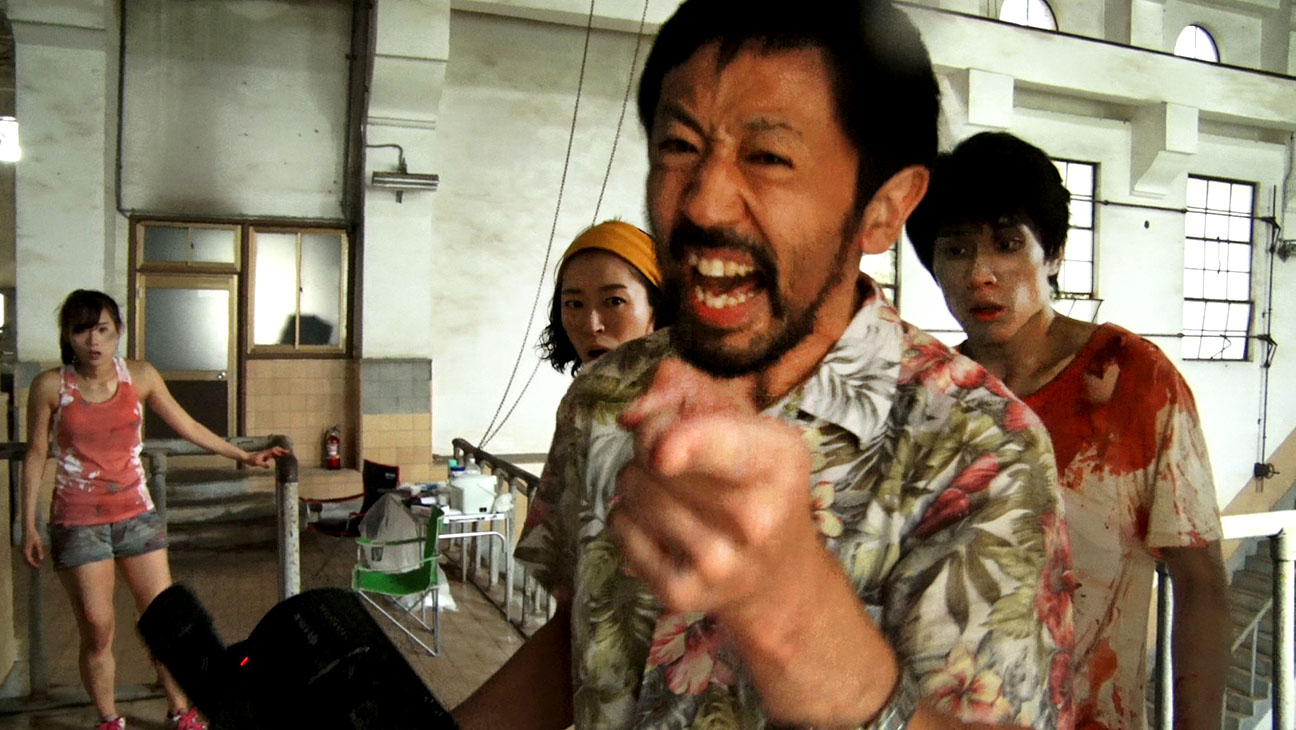 June of 2020 keeps trucking and while this entire year has been a twilight zone episode so far and seeing a movie in a theater seems like a lifetime ago atleast the few remaining videostores of the world hope to help continue to supply some sort of normality to you guys. Here at the shop it’s another week of interesting goodies that will join the store’s shelves of cinematic good, bad, and ugly. So let’s take a look shall we?

Japan’s darkest secret has become America’s newest nightmare! Two women are abducted by a group of snuff filmmakers and brought into a Hellish nightmare of unmistakable brutality!

A comic book obsessed serial killer teaches his son how to get away with a series of brutal murders until the boy befriends a mysterious man who threatens to expose everything.

A black high school student is caught dating a white girl by the girl’s brother. He and his biker gang beat the boy to death. The boy’s brother, who is a member of a black biker gang, hears about it and comes to town to avenge his brother’s death.

Dynamite fishing in a rural swamp revives a prehistoric gill monster that must have the blood of human females in order to survive.

A behind-the-scenes look at the New York rare book world.

From 1948 Dean Stockwell’s first movie! This parable looks at public reaction when the hair of an American war orphan mysteriously turns green.

Back In Stock! Starring Elijah Wood. A man in his thirties travels to a remote cabin to reconnect with his estranged father. Ant Timpson (2019)

An expedition to Titan uncovers an alien being, that goes on a rampage.

A group of survivors try to avoid the battles of World War III; when they try to escape to the quiet lands, they encounter something much more deadly.

Starring James Coburn, A German commander places a squad in extreme danger after its Sergeant refuses to lie for him. Sam Peckinpah (1977)

Deep in the rural swamps of Texas the mad Dr. Simond Trent is conducting experiments on the local swamp people in an attempt to discover the secret of evolution. When a party of oil surveyors comes upon his isolated laboratory he decides to take the final step and turn one of them into a grotesque amphibious creature.

Esteemed scientists in charge of a sophisticated, state-of-the-art, satellite weapon-tracking system are being assassinated before a major scientific convention in Dallas. Christian Drew Sidaris (1994)

Italian mad doctor/zombie/cannibal carnage as an expedition to a small tropical island is soon hunted by cannibals and zombies created by a sinister Doctor O’Brien who is experimenting with corpses. Marino Girolami (1980)

Starring Kurt Russell, Steve Buscemi. Snake Plissken is once again called in by the United States government to recover a potential doomsday device from Los Angeles, now an autonomous island where undesirables are deported. John Carpenter (1996)

A young married couple buys a beautiful house on several acres of land, only to find out that the man they bought it from refuses to let go of the property.

The Greatest Movie Ever Made Gets An Upgrade.

Starring Dennis Hopper, John Leguizamo, and Asia Argento, The living dead have taken over the world, and the last humans live in a walled city to protect themselves as they come to grips with the situation. George A. Romero (2005)

Back In Stock! Starring Willem Dafoe, Robert Pattinson. Two lighthouse keepers try to maintain their sanity while living on a remote and mysterious New England island in the 1890s. Robert Eggers (2019)

A soon-to-be stepmom is snowed in with her fiancé’s two children at a remote holiday village. Just as relations begin to thaw between the trio, some strange and frightening events take place.

When the police in a German city are unable to catch a child-murderer, other criminals join in the manhunt.

The disappearance of people and corpses leads a reporter to a wax museum and a sinister sculptor.

A low-budget twisty, blood-drenched thriller mixing film noir with Vertigo and Belle de Jour from a female perspective based around the reconstruction of London Bridge in Lake Havasu in 1971. Suzanna Love, Ulli Lommel, 1983

All 5 films in one nice DVD set.

A herpetologist investigating a series of fatal rattlesnake attacks discovers that the creatures have been infected by a mysterious nerve gas disposed of in the desert by the military.

Back In Stock! The Import DVD Trilogy set of Re-Animator.

10 years after a global economic collapse, a hardened loner pursues the men who stole his only possession, his car. Along the way, he captures one of the thieves’ brother, and the duo form an uneasy bond during the dangerous journey.

Cult classic action comedy following a sexually insatiable cop with the skills of a samurai, including fluent Japanese. He’ll need it to stop a renegade Yakuza gang who want to lead the drug trade in Los Angeles. Amir Shervan (1991)

Rival groups in a skiing school do battle on and off the piste. One gang are rich and serious, the other group are party animals. Dean Cameron, Tom Bresnahan, Patrick Labyorteaux, 1990.

When household tensions and a sense of worthlessness overcome Evan, he finds escape when he clings with the orphans of a throw-away society. The runaways hold on to each other like a family until a tragedy tears them apart. Penelope Spheeris (1983)

Three actors accept an invitation to a Mexican village to perform their onscreen bandit fighter roles, unaware that it is the real thing.

Pushed to his breaking point, a master welder in a small town at the foot of the Rocky Mountains quietly fortifies a bulldozer with 30 tons of concrete and steel and seeks to destroy those he believes have wronged him.

Fun Norwegian horror about a group of students investigating a series of mysterious killings blamed on bears begin to follow a mysterious hunter who claims to be a troll hunter. 2010.

Sam, a disenchanted young man, finds a mysterious woman swimming in his apartment’s pool one night. The next morning, she disappears. Sam sets off across LA to find her, and along the way he uncovers a conspiracy far more bizarre.

A TV show that examines the history, culture and oddities of video games. Each episode focuses on a specific year and the influential games of that year.

Lovecraftian horror about a police officer who experiences strange & violent occurrences linked to a group of mysterious hooded cultists after he delivers their intended sacrifice to a local hospital. Art Hindle, Jeremy Gillespie (2016)

Horror-comedy about 3 best friends who embark on a road trip to a heavy-metal show, where they bond with three aspiring musicians and head off to one of the girls’ country home for an after-party. Alexandra Daddario, Johnny Knoxville, Maddie Hasson

College students head off for a lovely weekend in the woods. Bad things happen. But this one tries to parallel the witch hunt with campus sexual harassment! Hannah Kasulka, Craig Arnold, Sasha Clements, Jordan Barker, 2019.

Australian TV series about a 19-year-old American tourist is targeted by crazed serial killer Mick Taylor. She survives his attack and embarks on a mission of revenge. Lucy Fry, John Jarratt, Greg McLean, 2016.

A film set in a strange afterlife way station that has been reserved for people who have committed suicide.

And there is the pot of gold for this week. Hope some of the titles peaked your interest. Till next time remember the videostore loves you. Cheers!

THIS WEEK! Harry Warden returns to the Videostore In A Glorious New Way…

Ahh....Love and lust are in the air St. Valentine Day is coming and for us movie nerds only one movie comes to...

Elvis Has Entered The Videostore…

Another week at the videostore is upon us and more movies will coming in. This week the Elvis biopic hits and Austin...