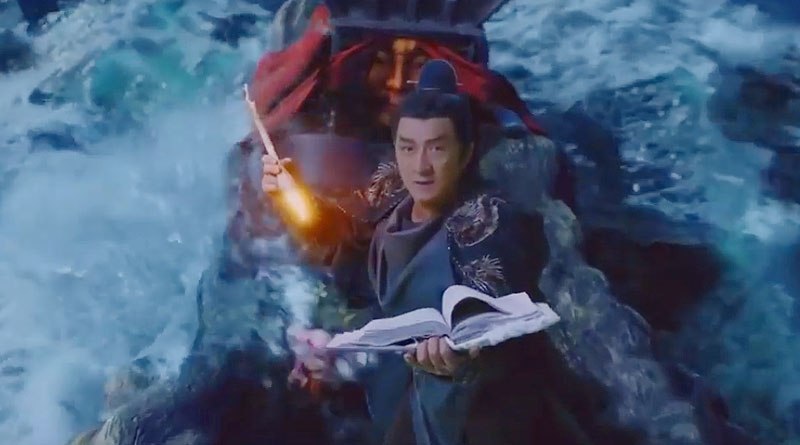 Well we survived the deep freeze, atleast for now, so with my hands thawed out I can once again type the good news of what’s coming in the videostore this week. I’m sure a few of these gems might interest you guys for completely different reasons so let’s see what’s about to show up.

Korean war film. A depiction of the Battle of Incheon during the Korean War in 1950. Kyung-taek Kwak (2019)

Italian horror. A young pregnant woman in San Francisco who is going to have the devil’s baby during her strange possession. Ovidio G. Assonitis (1974)

Six young adults in the woods run afoul of a berserker’s rage, a viking warrior who dons the skins and snout of a bear. Jefferson Richard (1987)

After losing his arm in a car accident, a criminal psychologist has it replaced with a limb that belonged to a serial killer. Eric Red (1991)

Back In Stock! Attacks by a brood of mutant children coincides with a husband’s investigation into the therapy techniques used on his institutionalized wife. Oliver Reed, Samantha Eggar, David Cronenberg, 1979.

Back In Stock! After years of being tread upon and cheated on, a man awakens to find his face has a been replaced by a blank, white mask.

Back In Stock! The 2010 version of the film before next month’s 2020 version hits. A young American on a quest to find his missing father returns to Germany where his father was stationed at the end of WWII and slowly uncovers the strange meteor crash in a remote German valley has changed his family’s life.

Back In Stock! A health club is beseiged with a series of terrible murders involving killer saunas and other grisly devices. William Bumiller, Brenda Bakke, Merritt Butrick, 1989.

Back In Stock! Steven Speilberg’s classic returns to the shop!

Back In Stock!   Richard Stanley’s cult film about a woman on the run from her abusive husband encounters a mysterious hitch-hiker who might be a supernatural being. 1992.

The son of a fundamentalist pastor becomes addicted to an irresistible witch. If he gives in to his temptation, he will be doomed to eternal life on the dark side. Till Hastreiter (2013)

Bcak In Stock!    Starring Ice Cube, Pam Grier. In 2176, a Martian police unit is sent to pick up a highly dangerous criminal at a remote mining post. Upon arrival, the cops find that the post has become a charnel house. John Carpenter (2001)

Jay and Silent Bob return to Hollywood to stop a reboot of the ‘Bluntman and Chronic’ movie from getting made.

From West Germany, a rare and unusual twist on vampire mythology supposes one important difference from most movies: daylight does not harm vampires. 1970.

Justine, just having graduated from a French finishing school, decides to go live with her rich uncle. She is charming and sweet, but her uncle is scandalous and wanton. Roberta Findlay (1980)

Starring Jackie Chan. A legendary demon hunter is tracking down beasts that enter the human dimension, assisted by a lawman protégé and a motley group of friendly monsters. Vash (2019)

A recently institutionalized woman has bizarre experiences after moving into a supposedly haunted country farmhouse and fears she may be losing her sanity once again. John D. Hancock (1971)

Back In Stock! Sam Elliott stars as a former US spy who killed Hitler and now must take on Bigfoot in order to prevent it from spreading a deathly plague. Seriously that’s the plot. Aidan Turner, Robert D. Krzykowski, 2018.

Back In Stock! All May wanted was a perfect match for her to fall in love with. Unfortunately all she could find were perfect parts from imperfect people. What’s a girl to do?

Back In Stock! A rock star returns to his childhood home to shoot a music video while a pack of wild dogs are on the loose killing off the local residents.

In 1920 an archaeological expedition discovers the tomb of an ancient Egyptian child prince. Returning home with their discovery, the expedition members soon find themselves being killed. John Gilling (1967)

Brazilian horror. Stênio, the nightshifter of a morgue, has the ability to communicate with the cadavers that are brought to him every night. Dennison Ramalho (2018)

Back In Stock! The quintessential silent vampire film, remastered in high definition for the first time.

Back In Stock! Director John Waters breaks every rule of good filmmaking and good taste with his 1972 landmark cult classic sets a benchmark for the bizarre that has never been equaled. A trailer park bon vivant must defend her title as the filthiest person alive.

Back In Stock! The spirit of a long-dead convict returns for revenge tormenting the prison’s new governor. Lane Smith, Viggo Mortensen and Chelsea Field, Renny Harlin, 1988.

Back In Stock! The killer tomatoes are back! But this time around, they re going to have to contend with late 80s George Clooney and his wicked mullet…

Back In Stock! A pizza delivery girl at the end of her financial rope has to fight for her life – and her tips – when her last order of the night turns out to be high society Satanists in need of a virgin sacrifice. Chelsea Stardust (2019)

Back In Stock!   Abby Quinn is eagerly awaiting childbirth but is haunted by dreams where she suffers a miscarriage. When she decides to rent a room to a mysterious stranger, she realizes a chain of events that will unleash the end of humanity.

Back In Stock! From director David Lynch…. An old man makes a long journey by lawnmower to mend his relationship with an ill brother.

Back In Stock!   Over-the-top gorefest from the people who brought the world Suicide Club and Machine Girl. Yoshihiro Nishimura, 2008.

Jackson is a lonely serial killer who is really beginning to question the point of all his killing. He is losing focus on why he started to kill in the first place. Anders Palm (1988)

Back In Stock!   A lurid gothic horror from Hammer Films about lesbian vampires and the men who hunt them! Peter Cushing, Ingrid Pitt, Madeline Smith, Roy Ward Baker, 1970.

Back In Stock! Australian TV series about a 19-year-old American tourist is targeted by crazed serial killer Mick Taylor. She survives his attack and embarks on a mission of revenge. Lucy Fry, John Jarratt, Greg McLean, 2016.

So there it is guys…this week’s order. Hope a title or two have got you excited to come visit the videostore soon. Cheers!

Another Week Of Thrills and Spills Coming To The Videostore…

Another week of sexy cinema comes crashing into the shop and it's a little bit of everything dear friends. So let's get...

Hey Guys, Damn weather is starting to cool off these days but the good news is another solid amount of sweet movie...