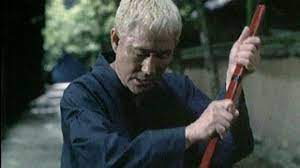 Movies. Movies. Movies. They just keep on coming but like an old school train they are the coal that fuels the engine. It’s a mixed bag of this, that, and the other thing this week before we head into the glorious month that is October so let’s take a look shall we and see if anything fancies your tastes…

BACK IN STOCK! A rebel girl signs up a group of cheerleaders to help her take down the captain of their high school football team, but a supernatural turn of events thrusts the girls into a different battle. Caitlin Stasey, Sianoa Smit-McPhee, Brooke Butler, Lucky McKee

BACK IN PRINT! Blind traveler Zatoichi (Beat Takeshi) is a master swordsman and a masseur with a fondness for gambling on dice games. When he arrives in a village torn apart by warring gangs, he sets out to protect the townspeople. He is also enlisted to help two sibling geisha, Okinu (Yûko Daike) and Osei (Daigorô Tachibana), avenge the murder of their parents, who were slaughtered in a massacre. Zatoichi must fight his way through numerous enemies before finally clashing with a heartless crime boss.

BACK IN STOCK! Brian DePalma’s paranoid and often lurid homage to Hitchcock and Antonioni’s Blow Up. John Travolta, 1981.

Prim educator Immanuel Rath (Emil Jannings) finds some of his students ogling racy photos of cabaret performer Lola Lola (Marlene Dietrich) and visits a local club, The Blue Angel, in an attempt to catch them there. Seeing Lola perform, the teacher is driven mad with lust, eventually resigning his position at the school to marry his beloved. However, married life with a woman whose job is to make men desire her proves more difficult than Rath imagined.

BACK IN STOCK! One of the sleaziest & trashiest Canadian films of the 70’s! A dopey couple find themselves in an isolated small town inhabited by the “blood-hungry honeys” of the title. Eugene Levy, Andrea Martin, Ivan Reitman, 1973.

BACK IN STOCK! Eight teenagers get trapped in a shopping centre after hours and three murderous security robots chase them.

Fun 80s spy adventure about a young boy and his imaginary friend who end up on the run while in possession of a top-secret spy gadget. Henry Thomas, Dabney Coleman, Michael Murphy, Richard Franklin, 1984.

BACK IN STOCK! The absolute worst entry in the franchise but the videostore is a completist.

BACK IN STOCK! Region Free 4K UK special edition release of the original Dawn of the Dead – includes the Argento cut, the Cannes Cut and the theatrical cut.

BACK IN STOCK! Cult 80s horror film, better known for its gimmicky VHS cover, involves a woman admitted to a mental hospital haunted by an undead mad scientist. Brett Leonard, 1989.

BACK IN STOCK! In 1942, young Traudl Junge (Alexandra Maria Lara) lands her dream job — secretary to Adolf Hitler (Bruno Ganz) at the peak of his power. Three years later, Hitler’s empire is now his underground bunker. The real-life Traudl narrates Hitler’s final days as he rages against imagined betrayers and barks orders to phantom armies, while his mistress, Eva Braun (Juliane Köhler), clucks over his emotional distance, and other infamous Nazis prepare for the end.

BACK IN STOCK! In a world ravaged by crime, the island of Manhattan has been converted into a prison which houses the world’s most brutal inmates. And when the President of the United States crash lands inside, only one man can bring him back: Snake Plissken! In 4K!

BACK IN STOCK! To the students at Harrington High, the principal and her posse of teachers have always been a little odd, but lately they’ve been behaving positively alien. Controlled by otherworldly parasites, the faculty try to infect students one by one. Cheerleader Delilah (Jordana Brewster), football player Stan (Shawn Hatosy), drug dealer Zeke (Josh Hartnett) and new girl Marybeth (Laura Harris) team up with some of their other classmates to fight back against the invaders.

BACK IN STOCK! An Arizona logger mysteriously disappears for five days in an alleged encounter with a flying saucer in 1975. D.B. Sweeney, Robert Patrick, Craig Sheffer, Robert Lieberman, 1993.

Jack Carter (Michael Caine) is a cold-blooded London gangster, and not the sort of man you want to cross. When Carter’s brother winds up dead, he travels to Newcastle to arrange the funeral. Convinced that his brother was murdered, Carter questions local thug Eric (Ian Hendry), who eventually leads him to kingpin Kinnear. From there, Carter carves a bloody trail of revenge through the seedy underbelly of Newcastle in search of his brother’s killer.

BACK IN STOCK! A cop who loses his partner in a shoot-out with gun smugglers goes on a mission to catch them. In order to get closer to the leaders of the ring he joins forces with an undercover cop who’s working as a gangster hitman. They use all means of excessive force to find them.

BACK IN STOCK! A witty, disgusting, eye-popping, and incomprehensible scabrous satire of organized religion that follows a Christ figure, his disciples, and their bloody quest for the home of the gods, whom they plan to depose. Alejandro Jodorowsky, 1973.

Alana Kane and Gary Valentine grow up, run around, and fall in love in California’s San Fernando Valley in the 1970s.

In czarist Russia, a neurotic soldier and his distant cousin formulate a plot to assassinate Napoleon. Diane Keaton, Woody Allen, 1975.

Sir Borotyn (Holmes Herbert), a prominent Prague resident, is discovered murdered in his home, with all indications pointing to a vampire assault. The victim’s friend, Baron Otto (Jean Hersholt), and the physician who analyzes the body are certain that the vampire is the mysterious Count Mora (Bela Lugosi), or perhaps his daughter (Carroll Borland), but receive little help from the law. Professor Zelen (Lionel Barrymore), an expert in the occult, is called in to assist with the investigation.

Two young women who were both victims of abuse as children embark on a bloody quest for revenge, only to find themselves plunged into a living hell of depravity.

BACK IN STOCK! Starring Emilio Estevez, a group of people try to survive when machines start to come alive and become homicidal. Stephen King (1986)

Hard-nosed private investigator Harry Moseby (Gene Hackman), to distract himself from a rapidly deteriorating marriage, takes a case from an aging B-movie queen (Janet Ward) to locate her runaway daughter, Delly (Melanie Griffith). His search takes him to the Florida Keys, where the girl has been hiding out with her stepfather, Tom (John Crawford), and Tom’s lover, Paula (Jennifer Warren). Harry initiates an affair with Paula and soon learns the case is more complex than he first assessed it.

Dae-Su is an obnoxious drunk bailed from the police station yet again by a friend. However, he’s abducted from the street and wakes up in a cell, where he remains for the next 15 years, drugged unconscious when human contact is unavoidable, otherwise with only the television as company. And then, suddenly released, he is invited to track down his jailor with a denouement that is simply stunning.

A vicious underworld leader keeps the girls in her circle under control by getting them hooked on addictive drugs.

BACK IN STOCK! With his incredible talent for discerning scents, Jean-Baptiste Grenouille (Ben Whishaw) is one of 18th-century France’s finest perfumers. He becomes obsessed with capturing an elusive aroma: the scent of young womanhood. His search takes a deadly turn, and when the bodies of 12 young females are found, panic breaks out, with families rushing to lock up their daughters.

BACK IN STOCK! Starring Jennifer Connelly and Donald Pleasence, A young girl who can communicate with insects is transferred to an exclusive Swiss boarding school, where her unusual capability might help solve a string of murders. Dario Argento (1985)

Four repressed, religious teens and a straight-edge projectionist working at a small-town movie theater in the 1990s discover a secret screening room filled with vintage X-rated exploitation films. Playing one of the old film reels unleashes a succubus named Lilith, who attempts to seduce each of them to steal their souls.

BACK IN STOCK! A group of fascists round up nine adolescent boys and girls and subject them to a 120 days of physical, mental, and sexual torture.

In a future where all flora is extinct on Earth, an astronaut is given orders to destroy the last of Earth’s botany, kept in a greenhouse aboard a spacecraft. Bruce Dern, Douglas Trumbull, 1972.

A group of friends are trapped on a rugged island, stalked by a supernatural beast, and only the visions of a young artist can possibly save them. J.S. Cardone (1982)

BACK IN STOCK! Salesman Roy Knable (John Ritter) spends all his free time watching television, to the exasperation of his wife, Helen (Pam Dawber). One day, TV salesman Spike (Jeffrey Jones) convinces Roy to buy a satellite dish offering 666 channels. The new addition to Roy’s home entertainment system sucks him and Helen into Hellvision, a realm run by Spike, who is an emissary of Satan. For 24 hours, the couple must survive devilish parodies of TV programs if they want to return to reality alive.

In this critically acclaimed comedy, an emotionally stunted New Yorker’s miserable love life turns around when he meets a deadbeat vampire and becomes a blood-sucker himself. Onur Tukel, 2014.

BACK IN STOCK! A vengeful policewoman (Eihi Shiina) battles an army of cyborg creatures that showcase horrific mutations.

An Asian (Bruce Lee) in Rome uses whirling “nunchakus” on a gang and fights a karate champ (Chuck Norris) in the coliseum.

And there we go guys. A mixed bag of goodies coming in this week. Maybe something jumped out at you? Either way we’ll see you down the road at the old videostore. Cheers!

Another Week of New October Goodies Hitting The Shop…

Happy Monday kids! As I wake myself up from a long Sunday night at work with my coffee I figure it's a...