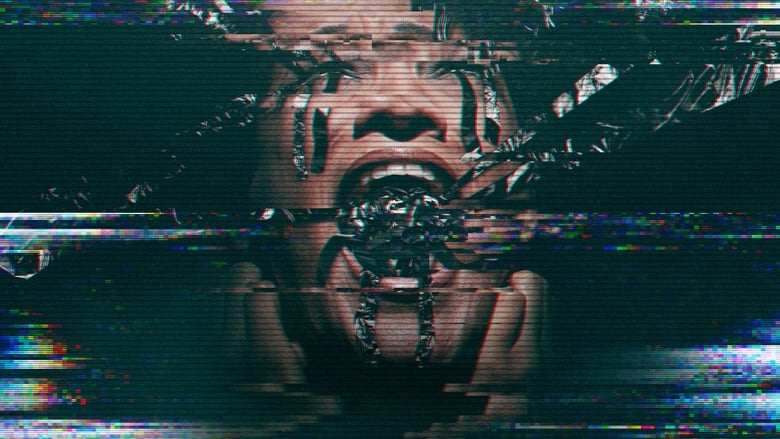 Well another week is upon us and as the weather starts to get all spring like the videostore continues to do it’s best to give the new, old, and simply strange of cinema from around the world. Let us take a look shall we…

Ray Harryhausen creature double feature: 20 Million Miles to Earth / It Came From Beneath.

Back In Stock! All 5 Final Destination flicks in one set.

An arrogant broker gets lost in the Jersey Pine Barrens and is captured and terrorized by a cannibalistic homeless woman. And she’s hungry for sex, blood and revenge! Dawn Murphy, 1999.

Some Russ Meyer goodness back in stock! Believe it or not even in Smalltown USA there are still people who are unfulfilled and unrelieved in the midst of plenty. Levonna and Lamar could have the perfect relationship if it were not Lamar’s obsession with rear entry.

Canadian horror about a self-destructive young woman who, during a winter getaway at an isolated cabin, becomes convinced that her best friend is stealing her blood. Amelia Moses, 2020.

Psychological slasher & queer cult classic about an orphaned teen who becomes caught up in the twisted mind of his increasingly unhinged aunt and becomes suspect number one in a gay love triangle that ended in murder! Susan Tyrrell, Jimmy McNichol, 1981.

Season 1 of Chucky hits the shop. A continuation of the original set of films.

Beloved horror anthology which tells five terrifying tales based on the E.C. horror comic books of the 1950s. George A. Romero (1982)

Back In Stock! A man brutally murdered comes back to life as an undead avenger of his and his fiancée’s murder.

horror comedy where metalheads Brodie and Zakk’s resentment of the suburban wasteland leads them to a mysterious piece of music said to grant Ultimate Power, but the music also summons an ancient evil who possess their classmates and family. Jason Lei Howden

Stallone triple feature that keeps on giving the goods!

An extremely successful dentist goes off the deep end after he catches his wife cheating on him.

Sleazy & unpleasantly violence 70s exploitation film which follows the lurid life of a dirty small-town beat cop who devotes much of its energy to getting laid. Morgan Paull, Art Metrano, Pat Anderson, 1974.

A school holds a 24 hour famine, but it isn’t long before students and staff start turning up dead at the hands of a killer masquerading as the school’s mascot. Ryan Nicholson (2011)

Four teenage friends spent the night in a carnival funhouse and are stalked by a deformed man in a fright mask. Kevin Conway, Elizabeth Berridge, Shawn Carson, Tobe Hooper.

A Cajun beauty (Claudia Jennings) lures male intruders into a swamp where women have a field day with them.

Blissfully bonkers jukebox musical tells the story of a mobster’s bombshell girlfriend and the washed-up talent agent who seeks to revive his career by turning her into a musical sensation. Jayne Mansfield, Frank Tashlin, 1956.

In this offbeat road comedy from Finland, an amateur metal band from Finland travels to Norway to be in a huge heavy metal festival in order to seek fame and fortune. Juuso Laatio, Jukka Vidgren, 2018.

British thriller about a 14-year-old girl coming to terms with her sexuality, discovers that her adored older foster brother may be guilty of a series of bizarre sex crimes. Jenny Agutter, David Greene, 1970.

A pharmaceutical scientist creates a pill that makes people remember their happiest memory, and although it’s successful, it has unfortunate side effects.

A comedy about a witches’ coven leader who must confront his past including his looming high school reunion and his estranged mother. Matthew Gray Gubler, Angela Sarafyan, Andy Milonakis, Barbara Crampton, Richard Bates Jr., 2021.

Harry Dean Stanton stars as Lucky, a 90 years old who is spiritually lost. Seeking meaning beyond his desert hometown in his final days, he sets out on a journey of self-discovery that proves both sobering and satisfying. John Carroll Lynch (2017)

Iconic horror based on Steven King’s novel, after a famous author is rescued from a car crash by a fan of his novels, he comes to realize that the care he is receiving is only the beginning of a nightmare of captivity and abuse. Rob Reiner (1990)

A street sweeper who cleans up after grisly accidents brings home a full corpse for him and his wife to enjoy sexually, but is dismayed to see that his wife prefers the corpse over him.

Beautifully animated film from Studio Ghibli about a twenty-seven-year-old office worker travels to the countryside while reminiscing about her childhood in Tokyo. Isao Takahata, 1991.

A world-weary group of mercenary soldiers are sent to investigate a long-since used WWII bunker where something dark and dangerous lurks.

A teenage boy, obsessed with photographing everything he sees around him, is seized upon by an aggressive gallery owner from New York who views the youngster as fresh young talent worth entertaining, but as his success and fame grows, the boy finds himself less welcome in his home town and decides to turn the tables on the elitist art snobs of the city.

All his life, an ordinary young man (Stephen Chow) has been treated like dirt. Still, he’s never given up believing that all the world’s problems could be solved with a little kung fu. So he’s teaming up with a band of misfits – six friends who were kung fu masters in their youth – to form a soccer team that only he believes has a chance to win a $1 million grand prize. Together, they’re going to apply their hidden talents to a whole new game — and soccer will never be the same.

Allegorical horror about a woman terrorised by a creature but no one believes her. Emma Fitzpatrick, Angela Gulner, Jennifer Lafleur, Gia Elliot, 2021.

A police S.W.A.T. team investigates about a mysterious VHS tape and discovers a sinister cult that has pre-recorded material which uncovers a nightmarish conspiracy. Simon Barrett, Steven Kostanski, Chloe Okuno, 2021.

And there we go guys! This week’s titles. Personally the videostore is excited for the new IMPORT Blu Rays of OUTPOST! A very underrated action horror movie that has been out of print for far too long! Either way we’ll see down the road at the old shop soon enough. Cheers!

The Holiday Season Delivers Some TICKS This Week At The Videostore…

Well so begins the month of finding your friends and family the craziest movie gifts for the holiday season. The videostore is...

Another Week of New October Goodies Hitting The Shop…

Happy Monday kids! As I wake myself up from a long Sunday night at work with my coffee I figure it's a...

Thanks to the good people at Eyesore Video in Toronto the shop now has a copy of the 1992 Canuxploitation classic PSYCHO...