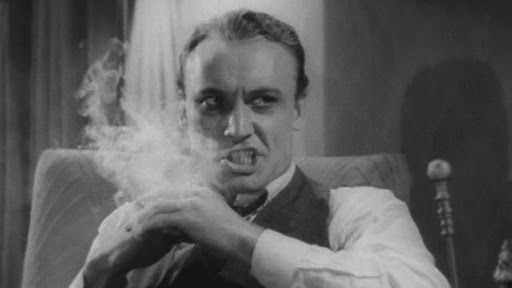 The videostore lives on through the winter season and as always is doing it’s best to continue to supply you with bizarre, forgotten, and wonderful titles to amuse your senses…

Back In Stock! Featuring Brooke Shields. In 1960s New Jersey, a withdrawn adolescent girl is suspected of her younger sister’s brutal murder during her first communion, as well as a series of stabbings that follow. Alfred Sole (1976)

Back In Stock! A comic-book artist meets a woman on the NY streets, but after a quick flirtation, she suddenly collapses, and is picked-up by an old ambulance. He checks all the hospitals in the area, but the woman seems to have disappeared.

Four teens on the run from an orphanage spring a fellow orphan recently adopted by a rich family, then trash the whole house. Robert Houston (1984)

Back In Stock!   Joel and Ethan Coen began their long career with this razor-sharp, hard-boiled noir set somewhere in Texas, where a sleazy bar owner sets off a torrent of violence with one murderous thought. M. Emmet Walsh, Frances McDormand.

Back In Stock! After losing his arm in a car accident, a criminal psychologist has it replaced with a limb that belonged to a serial killer. Eric Red (1991)

Abused mute autistic boy is the only one who can help a teenage heiress kidnapped, tortured, raped and buried alive by three young psychopathic criminals who want to extort some diamonds from her rich scummy stepfather. Guerdon Trueblood (1973)

A young American woman Susan Roberts goes to the south of France to do her thesis research on a recently deceased composer, staying with his eccentric relatives.

Starring Brad Pitt, a murderer is loose in a high school in this ‘whodunit’ movie. Rospo Pallenberg (1989)

A Victorian scientist tests a serum that transforms him into a sensuous murderess.

Back In Stock! The rural community of Paddock County is being rocked by the crazed exploits of an axe-wielding psychopath, who stalks the night in a black trenchcoat and mask. José Ramón Larraz (1988)

Back In Stock! In the distant future, a federation marshal arrives at a research lab on a remote planet where a genetic experiment has gotten loose and begins feeding on the dwindling scientific group. Allan Holzman (1982)

Back In Stock! In a small Tennessee town, an historian relates four horror stories to a reporter. Vincent Price, Clu Gulager, Terry Kiser, 1987.

Back In Stock!   Based on a story by H. P. Lovecraft, a group of scientists create a resonator to stimulate the pineal gland, and open up a door to a parallel (and hostile) universe. Jeffrey Combs, Barbara Crampton, Stuart Gordon, 1986.

STEELCASE EDITION! In order to get out of the snobby clique that is destroying her good-girl reputation, an intelligent teen teams up with a dark sociopath in a plot to kill the cool kids.

A cat burglar is forced to steal Da Vinci works of art for a world domination plot. Michael Lehmann (1991)

Bcak In Stock! Documentary gives the most comprehensive retrospective of the ’80s action film genre ever made. Oliver Harper (2019)

A journalist takes his son with him to investigate pirate activity off the coast of Florida. But he gets stranded on a mysterious island–where he might not be alone.

Starring Ian McKellen. Nazis are forced to turn to a Jewish historian for help in battling the ancient demon they have inadvertently freed from its prison. Michael Mann (1983)

When a hopeless stag party goes on a mock zombie survival weekend, an unfortunate turn of events leave them fighting for their lives. Ben Kent (2018)

A prince and a fellowship of companions set out to rescue his bride from a fortress of alien invaders who have arrived on their home planet. Peter Yates (1983)

Back In Stock!   Atmospheric horror mockumentary from Australia about the ghost of a woman who mysteriously died. Joel Anderson, 2008.

Based on the 16th-century Chinese novel Feng Shen Yan Yi (The Investiture of the Gods), the story tells of how King Zhou of Shang becomes a tyrant due to the wiles of Daji, a vixen spirit who is disguised as one of his concubines.

In a small western Pennsylvania town, a hooded psycho killer is killing the members of a high school cheerleading squad, while the local sheriff and a federal officer investigate. S. William Hinzman (1987)

Back In Stock! Iconic horror based on Steven King’s novel, after a famous author is rescued from a car crash by a fan of his novels, he comes to realize that the care he is receiving is only the beginning of a nightmare of captivity and abuse. Rob Reiner (1990)

Almost mythical scare film about a high school girl who gets pregnant and the boyfriend dies, her high school sex-ed teacher shows her a film about childbirth and the dangers of venereal disease. It became one of the highest-grossing films of the 1940s!

Back In Stock! From the director of PARASITE… A mother desperately searches for the killer who framed her son for a girl’s horrific murder.

A beloved teenager crosses over into a hip-hop-musical dreamscape at the moment of her tragic death and contemplates her life; what it was and what it could have been. Gus Krieger (2018)

Back In Stock! Set in 1825, Clare, a young Irish convict woman, chases a British officer through the rugged Tasmanian wilderness, bent on revenge. Jennifer Kent (2018)

Army doctors struggle to find a cure for a deadly virus spreading throughout a California town that was brought to America by an African monkey.

Back In Stock! A retired pop singer turned actress’ sense of reality is shaken when she is stalked by an obsessed fan and seemingly a ghost of her past.

Back In Stock! Beloved cult horror about a group of teens who inadvertently kill the child of a backwoods witch who unleashes a monstrous demon called Pumpkinhead to exact her revenge. Lance Henriksen, Jeff East, Stan Winston, 1988

A teenaged girl discovers that her stepfather is trying to murder her and her mother, but when she tells people, no one will believe her.

Back In Stiock! A sweet mother takes a little too much at heart for the defense of her family. Kathleen Turner, Sam Waterston, Ricki Lake, John Waters, 1994.

A law student comes to California for the summer and ends up playing professional volleyball.

Back In Stock! Penelope Spheeris’ classic study of the Los Angeles punk scene in the early ’80s. D.I., The Vandals, T.S.O.L., The Germs.

Back in Stock! A smart ass detective battles a supermodel vampire and a murderous televangelist in the bloody depths of a vampire bordello. Gilbert Adler, 1996.

Back In Stock! In this startling 4K restoration for this beloved cult film an evil scientist implants the brain of a murdered high school student into a Tyrannosaurus. Denise Richards, Paul Walker, Stewart Raffill (1994)

Back In Stock!   A showman cowboy seeks fame and fortune by capturing a Tyrannosaurus Rex living in the Forbidden Valley and putting it in a Mexican circus. His victim, called the Gwangi, turns out to have an aversion to being shown in public. Jim O’Connolly (1969)

Back in Stock! A Los Angeles businesswoman turns to prostitution to support herself and her young daughter when she’s forced by the vice squad to help them arrest a brutal pimp. Gary Sherman (1982)

Americans in the Caribbean take a tour of a nearby island at night and watch a local voodoo ritual. Soon after, they find themselves stranded on the island and under attack by unseen foes. One by one they meet violent ends. John N. Carter (1984)

And that is it till next week. Hopefully a title or two has intrigued you and we’ll see you soon down at the old videostore…Cheers!

Happy Monday guys! I know for most this a the tough day of the week trying to get back into the swing...

Strange times keep demanding the strange and forgotten movies to get us through it all. This week more "fill in the blank...