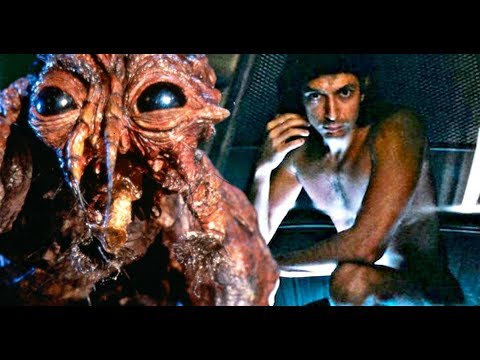 First Week of Decemeber and the shop has got some goodies hitting the shelves. Many would make for a great gift or stocking stuffer this holiday season. So let’s take a look shall we?

Starring Peter Cushing. A kindly English botanist and a gruff American scientist lead an expedition to the Himalayas in search of the legendary Yeti. Val Guest (1957)

A woman employs a gay man to spend four nights at her house to watch her when she’s “unwatchable”.

Takashi Miike’s audacious horror about a widower who stages a mock audition in order to meet a new partner only to become infatuated with a woman who is not what she seems to be. Ryo Ishibashi, Eihi Shiina, 1999.

A group of teenagers celebrating the anniversary of the death of a local axe murderer suddenly find themselves face to face with the realities of this haunting urban legend.

Back In Stock! In 2017, a successful businessman travels to the ends of the earth to find that the perfect woman is always under his nose. He hires a sexy renegade tracker to find an exact duplicate of his android wife.

Back In Stock! 80’s horror about 8 teenagers trapped after hours in a high tech shopping mall pursued by murderous, out of control security robots. Jim Wynorski, 1986.

Back In Stock! A toy factory worker, mentally scarred as a child upon learning Santa Claus is not real, suffers a nervous breakdown after being belittled at work, and embarks on a Yuletide killing spree.

Facing difficult times and with their glory days long gone, the eight undisputed British vampire overlords gather up for their semi-centennial meeting. However, before the break of dawn, there will be blood. And corpses. Lots of them.

A school holds a 24 hour famine, but it isn’t long before students and staff start turning up dead at the hands of a killer masquerading as the school’s mascot. Ryan Nicholson (2011)

Based on a story by H. P. Lovecraft, a group of scientists create a resonator to stimulate the pineal gland, and open up a door to a parallel (and hostile) universe. Jeffrey Combs, Barbara Crampton, Stuart Gordon, 1986.

A young woman is tormented by voices who compel her into acts of sex and depravity. Simon Black (2018)

Baron Frankenstein escapes from the guillotine and goes to Germany. There, he names himself Dr. Stein and plans to restart his experiments by using parts of dead bodies.

Dr. Henry Jekyll experiments with scientific means of revealing the hidden, dark side of man and releases a murderer from within himself.

A wheelchair-bound young woman returns to her father’s estate after ten years, and although she’s told he’s away, she keeps seeing his dead body on the estate.

An American tourist, a youth gang leader, and his troubled sister find themselves trapped in a top secret government facility experimenting on children.

A hapless store clerk must foil criminals to save the life of the man who, miniaturized in a secret experiment, was accidentally injected into him.

Secure within a desolate home as an unnatural threat terrorizes the world, a man has established a tenuous domestic order with his wife and son. Then a desperate young family arrives seeking refuge.

Starring Rose McGowan. Three of the most popular girls at Reagan High accidentally kill the prom queen with a jawbreaker when a kidnapping goes horribly wrong. Darren Stein (1999)

Starring Dennis Hoppe, Peter Fonda, Samuel Fuller, after wrapping a movie a stuntman stays over in Peru, but for the locals, the show has only just begun. Dennis Hopper (1971)

A young man hears a chance phone call telling him that a nuclear war has started and missiles will hit his city in 70 minutes.

A free-spirited young woman (Deborah Foreman) upsets the status quo at a stuffy Brentwood limousine service when she falls in live with the bosses son. David Beaird (1986)

When a female rock band use an infamous old piece of sheet music to record their new album in an old mansion, they accidentally open a portal to hell. Luigi Cozzi (1989)

Siblings Kristy and Jeffrey are buying supplies at a remote desert gas station when some members of a biker gang come cruising in. The bikers recognize Kristy, who used to be the main squeeze of the gang’s leader before she ran away. The pair get away, but the bikers find out that they’re living in a nearby commune, and start making their battle plans to bring Kristy back.

This genre-bending anthology takes place during a series of world-wide blackouts, after which millions of mysterious cosmic anomalies appear everywhere across the planet. While many flee from the objects, the real terror sets in as people are drawn toward – and into – them.

Grim period horror comedy about a cowardly soldier sent out to an isolated Californian military outpost, with only a ragbag of misfits to keep him company who encounter a rescued man with a disturbing tale of cannibalism. Guy Pearce, Jeffrey Jones, 1999.

Starring Charles Bronson, Toshirô Mifune. In 1870, a gang robs a train and steals a ceremonial Japanese sword meant as a gift from Japan to the U.S. President, prompting a manhunt to retrieve it. Terence Young (1971)

A young man with superhuman strength is incarcerated at a prison run by corrupt officials and seeks to use his martial arts to clean up the system.

Starring Peter Weller. In a dystopic and crime-ridden Detroit, a terminally wounded cop returns to the force as a powerful cyborg haunted by submerged memories. Paul Verhoeven (1987)

Chinese action. A lone policeman isolated in the mountains comes under siege by a group of thieves. Siwei Cui (2018)

More filthy fun with the naughtiest schoolgirls in the universe! 1977.

An anthropologist goes to Haiti after hearing rumors about a drug used by black magic practitioners to turn people into zombies.

A small town is taken over by an alien plague, turning residents into zombies and all forms of mutant monsters. James Gunn (2006)

And so it begins. The Christmas season is upon us and the new movies of best sellers, special editions, and what the hell is that about will continue to hit the videostore every week. Thanks for reading and happy movie collecting! Cheers!

You Want A Great Horror Comedy With All The Lowbrow Gore and Humour? I Got It For You…

After working another day at the last videostore in town and already having wrote one article today on a flick I figured...