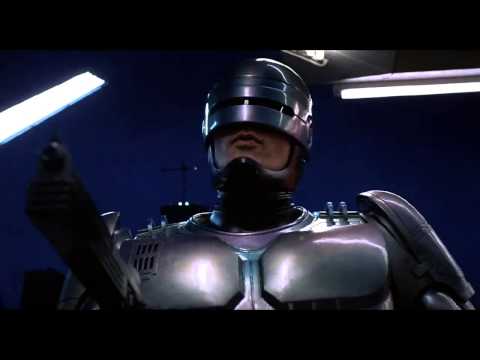 Winter keeps on trucking towards us but so do some incredible movie releases old and new. This week’s batch of goodies are sure to get movie collectors giddy so let’s dive right in shall we…

Back In Stock! Music documentary that explores the rise and fall of Tower Records and its rebellious founder, Russ Solomon. Featuring exclusive footage and interviews with rock legends including Elton John, Bruce Springsteen and Dave Grohl.

A down on his luck HAIL driver who makes extra cash chauffeuring a low level drug dealer around town, finds himself in a serious financial bind and decides to kidnap the dealer’s child. Derrick Borte (2018)

Back In Stock! After being hypnotized by his bizarre mother, a man goes on a brutal killing spree complete with telepathic commands from mom to carve the eyeballs from his victims. But just when you think you’ve seen it all, comes the most shocking twist imaginable.

Back In Stock! All 3 versions of the film PLUS Hearts Of Darkness on 6 discs.

Back in Stock! Great Korean flick. Jun-oh, an insurance claims agent, faces off with a client who he suspects of committing murders with the intention of collecting insurance premiums.

Italian horror. A boy is possessed by Byleth, the demon of the incest. He wants to madly love his sister, but his tragic end will be the natural epilogue of this morbid tale. Leopoldo Savona (1972)

A 1950’s Howard Hughes employee-confidante, George Van Tassel, uses alien guidance and Nikola Tesla’s ideas to build a time machine — The Integratron. Is he deluded, or could it actually work? As waves of devotees join him in the California desert, the FBI gets involved fearing insurrection and possibly more. Nearing completion, Van Tassel’s tale and the Integratron meet an unexpected end: the “workings” of the dome finally emerge. The unusual story is told by historians, astronomers and current residents of Joshua Tree, including the stewards of the Integratron, the Karl Sisters, and a galaxy of believers and skeptics alike.

Back In Stock! The sexy Scream Factory editions of Candyman and it’s first sequel. We don’t talk about Part 3…

Back In Stock! Lovingly re-mastered slasher classic starring John Vernon and Samantha Eggar. Six young actresses auditioning for a movie role at a remote mansion are targeted by a mysterious masked murderer. 1983.

A fragrant slice of cheese from the 80’s! 3 dumb pizza delivery boys need to raise funds to enter a break dancing competition so they double down on their deliveries and meet a cast of oddballs. Mario Van Peebles, 1985.

Back In Stock! Institutionalized after a brutal gang-rape, a mental patient is finally released but later goes over the edge when she confuses several kids in masks for her attackers. Sallee Elyse, 1980.

Korean action horror. A champion MMA fighter abandons his Christian faith but then develops stigmata on his hands, so he helps an exorcist fight evil. Joo-hwan Kim (2019)

Back In Stock! A personal Favourite of mine. Stylish Hong Kong slasher film about a woman pushed to kill by family, work, her love life and finally by not getting her dream apartment. Pang Ho-cheung. 2010.

Back In Stock! David Lynch’s breakthrough feature is both a lasting cult sensation and a work of extraordinary craft and beauty. Jack Nance, Charlotte Stewart, David Lynch, 1977

Back In Stock! Six of the world’s scariest psychopaths escape from a local Asylum and proceed to unleash terror on the unsuspecting crowd of a Halloween Funhouse whose themed mazes are inspired by their various reigns of terror.

The TRANSWOLD LIMITED EDITION STEELBOOK. On the way to California, a family has the misfortune to have their car break down in an area closed to the public, and inhabited by violent savages ready to attack. Wes Craven (1977)

Howard is a mild-mannered young man who drives a truck for a commercial laundry. He’s also a mother-obsessed psycho who picks up young female hitchhikers. Irvin Berwick (1977)

Back In Stock! A favourite from DEDFEST 2012 this New Zealand horror comedy is a fun ride!

Back In Stock! Another personal Fav that always gets sold. When his pregnant fiancee becomes the latest victim of a serial killer, a secret agent blurs the line between good and evil in his pursuit of revenge. From the director of The Good, the Bad, the Weird, Jee-woon Kim, 2010.

Back In Stock! The long anticipated IP Man Trilogy tells the semi-biographical story of Wing Chun Kung Fu Grandmaster Yip Man master to Bruce Lee and starts with his rebellion against the Japanese occupation of China during the Sino-Japanese War. Donnie Yen

Back In Stock! Starring William Shatner, in rural Arizona countless killer tarantulas are migrating through a farm town, killing every living thing in their path. The town’s veterinarian will do everything in his power to survive the onslaught. John ‘Bud’ Cardos (1977)

Back In Stock! Hell’s Angels on Wheels goes to the Renaissance Faire in this naturalistic tale of a traveling troupe of motorcycle-riding jousters from Night of Living Dead director, George A. Romero. Ed Harris, Tom Savini.

Larry Fessenden brings together four tales of terror in HD for the first time, along with both brand-new and vintage bonus features including short films and music videos.

Back In Stock! A supernatural, maniac killer cop teams up with a Times Square serial killer to get the revenge on those who killed him in prison. Written by Larry Cohen. Robert Davi, Claudia Christian, Michael Lerner, Willian Lustig, 1990.

Back In Stock! A young man set up as the fall guy in a string of brutal slasher murders decides he’ll hide by sneaking into the forbidden subterranean realm of Midian where shape-shifting beings – The Nightbreed – dwell. Craig Sheffer, David Cronenberg, Clive Barker.

When a female rock band use an infamous old piece of sheet music to record their new album in an old mansion, they accidentally open a portal to hell. Luigi Cozzi (1989)

Back In Stock! A retired pop singer turned actress’ sense of reality is shaken when she is stalked by an obsessed fan and seemingly a ghost of her past.

Back In Stock! Canadian horror classic where a deranged little boy and his evil teddy bear throw people into a pit full of flesh eating mutant troglodytes. Lew Lehman (1981)

Japanese Action. The powerful battleship Yamato, while on patrol in the Pacific, cross paths with the massive kaiju Reigo, the deep-sea monster! Shinpei Hayashiya (2005)

LIMITED EDITION! Starring Peter Weller. In a dystopic and crime-ridden Detroit, a terminally wounded cop returns to the force as a powerful cyborg haunted by submerged memories. Paul Verhoeven (1987)

Back In Stock! Iconic head exploding sci-fi horror where a race of humans with telekinetic abilities must track down a rogue Scanner of unparalleled power waging a bloody war against the normals. David Cronenberg (1981)

A man named Billy Pilgrim tells the story of how he became unstuck in time and was abducted by aliens. George Roy Hill (1972)

The 70s cult classic returns! After being released, a wrongfully imprisoned black man exacts vengeance on those who’ve crossed him via the power of his newly sentient penis, which may or may not be the result of an experiment gone wrong.

Back In Stock! Chilean horror where four friends visit a rural locality of Chile, are brutally attacked by a man and his son who have in their blood the direct legacy of the darkest period of Chilean history.

A bumbling young film crew, shooting a low-budget horror movie in an abandoned orphanage, discovers that a family of sadistic killers has rewritten their script. Paulo Biscaia Filho (2018)

Back In Stock! The Scream Factory Blu Ray loaded with extras! When the crew of an American tugboat boards an abandoned Russian research vessel, the alien life form aboard regards them as a virus which must be destroyed. Jamie Lee Curtis, William Baldwin, Donald Sutherland, John Bruno, 1999.

Back In Stock! Lovecraftian horror about a police officer who experiences strange & violent occurrences linked to a group of mysterious hooded cultists after he delivers their intended sacrifice to a local hospital.

And don’t forget guys…aside from the new titles coming in when you swing by the shop always look at the couch. All DVDs there are 5 bucks and Blu Rays 10 bucks. At those prices you can take a chance on something you never heard of. I myself will be in Toronto this weekend but my good friends Dave and Brian will be watching the stop to make sure you still get all your movie needs! As Always…The Video Store loves you. Cheers!

Well winter has most definately arrived my friends. The deep freeze is on this week and our warm homes will keep us...

Dead Or Alive The New Movies Are Coming This Week!

Winter keeps on trucking towards us but so do some incredible movie releases old and new. This week's batch of goodies are...

Another Week and More Cinema To Enlighten Your Movie Minds…

The year keeps on rolling and so do the fine movies of physical cinema. Another batch of classics, reissues, new stuff, and...