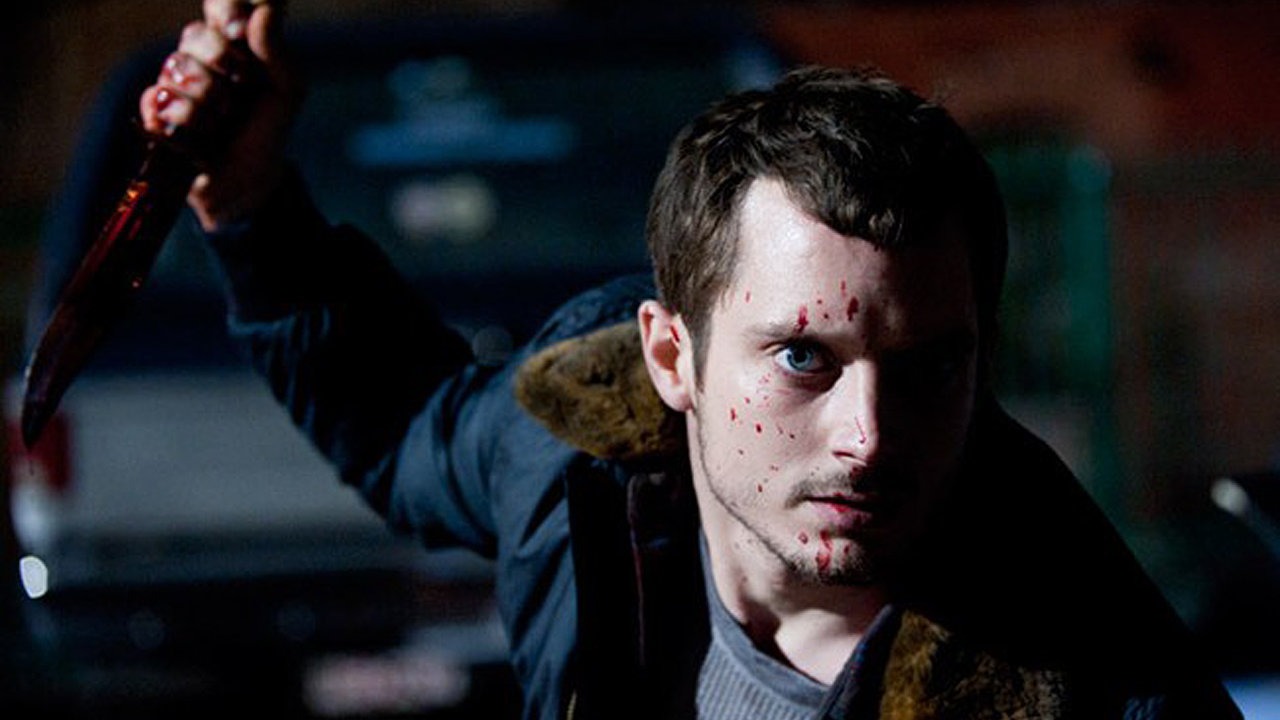 It’s a cold, windy fall day as I sit in the videostore with my coffee so I figured to warm my movie soul up I would write something positive. Now as the title says it’s about remakes. Most that know the videostore and myself realize that I generally hate remakes. I could list a few that have come out in the last 20 years to prove my point but won’t bother because it’s a big list. Well, okay…here’s a few.

In the last two decades the remake list is beyond crazy of what has been made. The above posters are some of the worst offenders. It is amazing how each one just missed the point of the original, didn’t care, or simply didn’t try to bring something new. No, the reality is that “most” remakes that have come since 2000 and up are made for one reason…money. The idea of cashing in on a bulit in audience or the idea of simply saving money in advertising (which is usually equal to the budget of the film) by using a property you really don’t have to promote because everyone already knows who Jason, Freddy, or Michael Myers are. Even the lesser known films like April Fool’s Day, Stepfather, or When A Stranger Calls would be okay to remake if you brought something fresh and creative to those original concepts. Sadly the only thing the studio system figured to do was cast “hot, young, familiar” TV faces and most importantly rate the films PG-13 to bring in a younger crowd. Surprisingly this brilliant move did not pay off for those films either. Shocker! It’s the old saying, “When You Try To Please Everyone You Please No One.”. I mean I am literally looking at the new release wall in my shop and a copy of 2019’s Jacob’s Ladder is staring at me. Almost like it’s taunting me saying “We’re remaking movies the average young movie goer doesn’t even know is a remake. Ain’t we clever?”. And it’s true. Picking properties up that have been forgotten and take a mediocre update happen all the time.

And then there is the sneaky way that Hollywood will discover a kickass foreign country film and have it remade, retitled, and in theaters before the original version has a chance to find a mass audience over here. I rememeber when Quarantine came out and people and even customers were telling me how sweet it was. It’s a decent film but it’s a remake of a film that came out less than 2 years earlier. Sneaky Hollywood. I even had people watch REC. for the first time and thought it was a ripoff of Quarantine. No lie. Anyways…let’s get to positive stuff now. Oh wait, one more thing as look at the poster for Quarantine. What marketing genius thought it was a good idea to put the last shot of the movie as the poster? Hope that person lost their job. Moving on now.

And now for the positive. Like having a magical golden VHS delivered to your videostore, which rarely happens, remakes can be made from brilliant reasons. For the right reasons. Maybe the orginal had a great idea but could improved. Maybe an iconic filmmaker wanted to take a film they loved as a child and give a new moderized look to it that reflects the world they live in. These are reasons that can make for a special remake . A reason that has nothing to do with making a quick buck. So I wanna praise the hell out of these films and prove that remakes do not have to be a bad word all the time.

1978. Phillip Kaufman decided to remake the classic 1956 original directed by Don Siegel. Invasion Of The Body Snatchers, the original, worked as a metaphor for the red scare era of the 50s but as the 70s were coming to a close Kaufman felt the story needed an update and oh boy did he ever bring us something special. The slow tense moviing film now set in San Fransisco plays on paranoia, suspision, and by the end true horror as slowly but surely the pod people are taking us over. The casting of Donald Sutherland, Jeff Goldblum, Brooke Adams, Veronica Cartwright, and ofcourse Mr Spock himself, Leonard Nimoy, brought real gravity to the film.

The original has been remade around 4 or 5 times all together but the 1978 version has never been topped in my opinion. The ending alone still sends chills down my spine as I remember seeing on late night television as a child. Trust no one. The invasion is real. They are already here. And it’s only a matter of time before we all just except that.

1988. Chuck “Nightmare On Elm Street 3” Russell and Frank “Shawshank Redemption, The Mist, Green Mile” Darabont decide to tackle the the 50s Steve McQueen classic The Blob. And like many out there I’m so glad they did. The decade of the 80s was defined in the genre film world by amazing practical FX and a new version of the faceless absorbing killing pile of ooze would be the perfect story to update in this era. Simply put the film wastes no time to display it’s quick paced, creepy, gory, gooey, and over the top nastiness. The cast is headlined by Kevin Dillon rocking a sweet mullet and a young Shawnee Smith who later would be loved but genre fans in the SAW franchise.

Some much to love with this remake but here are some standouts. Taking the original movie but twisting it. In the original our hero is the All American football quaterback. The remake sets this idea up but then kills off that character right out of the gates making the outsider bad boy played by Dillon the real protaganist. Also when watching horror movies as a kid in the 80s we always felt safe because we had not reached the age of horny, drug using teen yet so no way we could die. Right? Wrong. In the film a kid no more 11 or 12 gets brutally melted by the giant jello monster. Traumatizing to these young eyes. And finally another doom and gloom ending. Not quite as bleak as Body Snatchers but the set up for a religious zealot just waiting to release hell all over again is indeed disturbing. The Blob 1988 is a film that continues to be loved and rightfully so.

1986. Canadian director David Cronenberg decides to make his big leap into big studio films by choosing to remake the Vincent Price classic The Fly. The original is a fun and twisted product of it’s time that fit with the atomic monster age of horror movies. Hearing that Cronenberg would be remaking it I think general audiences were still expecting a modern but somewhat campy fun version in tune with the original. What they got was a shocking, horrifying, body horror film that played up the early days of the Aids epidemic.

With Jeff Goldblum in the lead role as Seth Brundle along with Geena Davis as the reporter following his progress of a new invention that could change the world a simple fly in the wrong place at the wrong time would create pure horror and madness. Chris Wallas would go on to win an Oscar for the amazing and grotesque FX work he made creating BrundleFly. People were shocked at the time of this movie’s release at the graphic nature but when you consider Rabid, Shivers, The Brood, Videodrome, and Scanners all coming before this people should have known David Croneneberg was not gonna pull any punches and bring his own vision to the 80s with delightly glee. And bring it he did.

2012. Out of many remakes this was a surprising one to take place. The idea of remaking Bill Lustig’s nasty 1980 film Maniac starring the late great Joe Spinell was surprising. Even more so was the casting of Frodo Baggins himself Elijah Wood. Going from a large intimidating giant of a man like Spinell to much smaller and less intimidating Wood was a bold choice. Also moving the setting from the dark and terrifying world of 1980 New York to modern LA was interesting.

But there was another element added to this production that gave it weight. Enter one Alexandre Aja, a man no stranger to remakes himself with Hills Have Eyes and Piranha under his belt. I want to point out both of those were solid remakes. Not on any of my top lists but respectable remakes. And keeping in mind Aja made his big break with the french film High Tension we knew this would deliver on the gore just like the original. What also worked was a brilliant film score that felt like the 80s and Wood’s performance himself as a man dealing with mother issues, women issues, and a complete break from reality. Can I also add that using practical effects for most of the scalpings was a beautiful tribute to the original artist Tom Savini. Finally filming the entire movie from Wood’s point of view was a daring but great move to once again separate this film from the original. In the world of modern remakes MANIAC is one of my personal favourites.

1982. John Carpenter. Kurt Russell. Is there any doubt this would be the grand daddy of how to do a remake? Taking of his love of 1951’s The Thing From Another World by Howard Hawks this remake is simply perfect. What can I say that has not been said in every other article written about it over the years?

The movie is a perfect blend of suspence, gloom, insane special FX, strong acting, a brilliant score, and top notch directing. Sadly the movie was a bomb at the time of it’s release but almost 40 years later it is loved by all genre fans and always packs the house when screened at film festivals. Here in Edmonton when the winter hits hard and we are stuck at home The Thing is a given to toss in your player to make things feel just right. Out of all the great films John Carpenter has made in his career I will always say THE THING is his greatest acheivement to date.

So there it is. A little positivity on a cold Tuesday at the videostore. There are good remakes out there when done for the right reasons. The Creative Ones. I honestly hope to see more down the road. I don’t always wanna bag on remakes. If nothing else being in the videostore allows me to tell the younger crowd a movie they like is simply a remake of an older movie and love being able to rent them the original and get their thoughts later. All about knowing your history I guess. And one final thought….

About remaking a movie that had a great idea but if done right could use a breath of fresh air and new take in 2020? How about Logan’s Run? Till next time always rememeber…the videostore loves you. Cheers!

The Fall Breezes In And So Do More Films…

Well kids..it's another edition of movie magic and this week's big one is the creator of the Midnight Movies. 50 years ago...

Thanks to the good people at Eyesore Video in Toronto the shop now has a copy of the 1992 Canuxploitation classic PSYCHO...

This Week The Ellman Brothers Return To Shop…

Well kids, it's another week of cinema gold at the old videostore and we got some interesting titles coming your way. The...