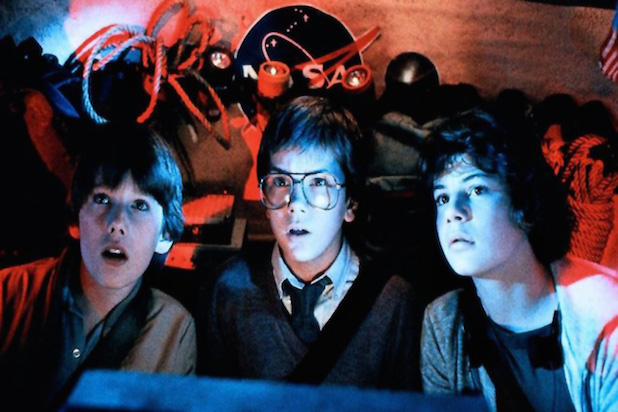 Last shipment of movies coming into the shop until Christmas so take advantage for those last minute gifts. Let use dive into the list shall we…

Remastered for your pleasure, director John Carpenter’s violent homage to Rio Bravo with a little of Night of the Living Dead thrown in for good measure. 1976.

Back In Stock! L.A. Weekly called it “disturbing and compelling,” and it was awarded The Grand Special Jury Prize at the Venice Film Festival. Despite a limited release in America, it would shock and delight audiences to become one of the most daring and controversial films of the year.

Starring Charlie Sheen. Roy and Bo leave their small town the weekend after graduation for a short road trip to LA. Soon, they find themselves lashing out and leaving a trail of bodies behind them. Penelope Spheeris (1985)

Back In Stock! John Carpenter’s adaptation of Stephen King’s Best seller is still one of the best!

Beautiful Blu Ray edition of the cult classic! A scientist in a surrealist society kidnaps children to steal their dreams, hoping that they slow his aging process.

Back In Stock! David Cronenberg takes on Stephen King with Christopher Walken killing it in the lead.

Back In Stock! After his friend is killed by her abusive father, the new kid in town attempts to save her by implanting robotic microchips into her brain.

Spanish horror. A persecuted young woman must fend off the zombie knights templar rising from the dead.

Back In Stock! Unrated gem. A fire-fighting cadet, two college professors, and a geeky but sexy government scientist work against an alien organism that has been rapidly evolving since its arrival on Earth inside a meteor.

Back In Print! The 80s classic that matches up perfectly with the Goonies and Monster Squad. A boy obsessed with 50s sci-fi movies about aliens has a recurring dream about a blueprint of some kind, which he draws for his inventor friend. With the help of a third kid, they follow it and build themselves a spaceship.

The perfect set for any fan! Always a good one to have in the collection.

A bold girl discovers a bizarre, threatening, and mysterious new world beyond her front door after she escapes her father’s protective and paranoid control. Zach Lipovsky (2018)

We might have passed the actual date but Friday The 13th on any day is a good day!

Back In Stock! The Chowder Society loves to share old ghost stories, but the stories to come to life when fatal hauntings begin to kill them off one by one. John Irvin, 1981

Flashing between past and present, a fractured family confronts haunting memories of their old home and the terrifying events that drove them from it. TV Series (2018)

A struggling married couple try to reconnect at an idyllic lake house, but their relationship is tested when their young daughter begins to fixate on an imaginary friend that may or may not be real.

When he finds a shark that can travel on land residing in his home, an ex-cop enlists the help of a grizzled former real estate agent, and an eccentric “house shark” expert to kill the beast.

A modern-day witch uses spells and magic to get men to fall in love with her, in a tribute to 1960s pulp novels and Technicolor melodramas. Anna Biller (2016)

Why just bring in one collection of 4 classic trashy films when you can bring two volumes!

Back In Stock!   Iconic horror based on Steven King’s novel, after a famous author is rescued from a car crash by a fan of his novels, he comes to realize that the care he is receiving is only the beginning of a nightmare of captivity and abuse. Rob Reiner (1990)

More copies of QT’s 9th Film and personally one of his best!

Back In Stock! A suburban housewife’s world falls apart when she finds that her pornographer husband is serially unfaithful to her, her daughter is pregnant, and her son is suspected of being the foot-fetishist who’s been breaking local women’s feet. John Waters (1981)

Back In Stock! The spirit of a long-dead convict returns for revenge tormenting the prison’s new governor. Lane Smith, Viggo Mortensen and Chelsea Field, Renny Harlin, 1988.

A quintessential piece of early 80’s trash newly restored from the original camera negative and on blu-ray for the first time! Just look at the cover! Cameron Mitchell and Vic Diaz star!

More copies of this great flick that sees Hugo Weaving’s daughter Samara kicking ass and taking names against one twisted family on her wedding night!

Director Bill Zebub is at again with more “interesting” filmmaking.

A destitute young man, raised by racist skinheads and notorious among white supremacists, turns his back on hatred and violence to transform his life, with the help of a black activist and the woman he loves. Guy Nattiv (2018)

The friendships & loyalties of 3 motocross riders are tested by the eruption into their lives of a woman with an Olivia Newton-John fixation who peddles dogfood croquettes from her chip. Paul Verhoeven, 1980.

Two young twins are sent to spend time at their aunt’s farm. What nobody knows is that the aunt’s handyman is a psycho serial killer who dismembers his victims and stores their body parts in the barn.

Starring Burt Reynolds, Candice Bergen. Released from prison, Stick first deal out goes bad. Stick gets away and is ready to forget all and see his daughter, but they won’t forget. Burt Reynolds (1985)

Italian horror. An American newcomer to a prestigious German ballet academy comes to realize that the school is a front for something sinister amid a series of grisly murders. Dario Argento (1977)

Back In Stock! Jamie Lee Curtis did a lot of good for the horror genre in the early 80s including this canadian classic!

A no-nonsense detective tries to track down a mass murderer named Trick, who is terrorizing a small town. Patrick Lussier (2019)

A Toronto cop is haunted by the death of his girlfriend at the hands of a psychotic slasher named Harold. Barry J. Gillis (1991)

An act of vengeance sends Ryoko behind bars, where she shares a cell with a group of sexually frustrated women who will stop at nothing to release their violent emotions. Nobuaki Shirai (1978)

First Time On Blu Ray! A private investigator returns to Japan after several years in order to rescue his friend’s kidnapped daughter – and ends up on the wrong side of the Yakuza, the notorious Japanese mafia. Robert Mitchum, Takakura Ken, Brian Keith, Sydney Pollack, 1974.

So come on down to the old Video Store and grab some Christmas goodness this week and don’t forget the shop has GIFT CERTIFICATES if no movie jumps out as the perfect gift. Cheers!

Reflecting on growing up in the videostores is always fun. I never try to come off like the old man telling you...

Another week in movie paradise at the old videostore. Some interesting stuff coming into the shop this week. Lots of familiar titles...