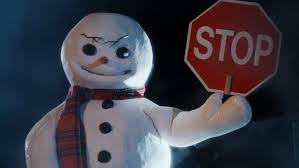 Well, it is rather fitting that this week’s new releases are hitting the shop on Halloween as along as the shipment comes on time. Anyways, let’s see what new, old, good, bad, and simply strange.

Well critics be damned I guess because this flick keeps selling or renting so naturally more copies come in this week.

Since this fine film is out of print in our country I had to digging deeper. So an import edition of the 1990 cult classic Ford Fairlane returns to the shop. Should be Region Free too!

Featuring Brooke Shields. In 1960s New Jersey, a withdrawn adolescent girl is suspected of her younger sister’s brutal murder during her first communion, as well as a series of stabbings that follow. Alfred Sole (1976)

An oldie but a goodie. A group of high-schoolers invite Mandy Lane, an innocent, desirable girl, to a weekend party on a secluded ranch. While the festivities rage on, the number of revelers begins to drop mysteriously.

This movie sells every week. The cult classic returns again. After the death of her parents, a young girl arrives at a convent and brings a sinister presence with her. Is it her enigmatic imaginary friend, Alucarda, who is to blame? Or is there a satanic force at work?

Those New Zealand man eating sheep return to the shop again. Such a fun movie!

Another remake that works. Marty Scorsese’s updated version of Cape Fear that features an over the top performance from the great Robert DeNiro!

Young girl enters the modelling industry wanting to becoming “the face of the ’80s.” Jean-Claude Lord (1984)

A babysitting uncle tells his charges three horror stories–about a killer witch, Little Red Riding Hood and a werewolf, and a story about “Goldi Lox” and the three bears. Jeffrey Delman. Melissa Leo (1986)

Horror comedy where metalheads Brodie and Zakk’s resentment of the suburban wasteland leads them to a mysterious piece of music said to grant Ultimate Power, but the music also summons an ancient evil who possess their classmates and family.

Back In Stock! From the minds of Dario Argento and Lamberto Bava comes DEMONS 2, the sequel to the surprise horror hit, DEMONS!

A demented coroner uses autopsy equipment to kill off the teenagers who trespass on the long-abandoned asylum he inhabits. Filmed on location in an actual abandoned asylum. Richard Friedman

Richard Stanley’s cult film about a woman on the run from her abusive husband encounters a mysterious hitch-hiker who might be a supernatural being. 1992.

Can never have too much Eddie in the shop. The classic 1988 Stand up returns!

On Halloween, a group of friends encounter an “extreme” haunted house that promises to feed on their darkest fears. The night turns deadly as they come to the horrifying realization that some nightmares are real.

A group of teenagers spends the night in a furniture store for a graduation party. A psycho killer starts to hunt them down and kill them off. Skip Schoolnik (1988)

Back In Stock! A group of young horror fans go searching for a film that mysteriously vanished years ago but instead find that the demented killer from the movie is real, and he’s thrilled to meet fans who will die gruesomely for his art.

Back In Stock! Starring Sam Neill and Jürgen Prochnow, an insurance investigator begins discovering that the impact a horror writer’s books have on his fans is more than inspirational. John Carpenter (1994)

Mourning his dead child, a haunted Vietnam war veteran attempts to discover his past while suffering from a severe case of dissociation. To do so, he must decipher reality and life from his own dreams, delusion, and perception of death. Tim Robbins, 1990.

Italian horror. A group of environmentalists arrives at a faraway tropical delta where toxic waste is being dumped. However the water also hides a giant crocodile. The corrupt local officials don’t help much either. Fabrizio De Angelis (1989)

Back In Stock! The Jaws ripoff that was such a ripoff Universal Studioes stopped it from coming out in North American theaters.

Back In Stock! A couple of Leatherface flicks return.

Back In Stock! A quadriplegic man has a trained monkey help him with his paralysis, until the little monkey begins to develop feelings, and rage, against its new master. Jason Beghe, John Pankow, Joyce Van Patten, Stanley Tucci George A. Romero, 1988.

Back In Stock! Comedy-horror about a loser who shows up at a Bohemian Halloween party, only to find out that he’s to be sacrificed at the party in the name of art. Jeremy Saulnier, 2007.

Back In Stock! The underrated sequel. Is it a good film? Meh. Is It an Entertaining film? Hell yes it is!

Back In Stock! Ollie Stone’s epic Vietnam flick returns to the shop!

Christine, a student at an all-girls private school, is in love with Jim, who attends an academy for boys nearby. Christine’s arch rival Jordan also has her eye on Jim, and she is willing to do whatever she can to steal him away. Noel Black (1983)

Five-time world kickboxing champion Curtis Bush stars as the Psycho Kickboxer! Left for dead after the brutal murder of his father and fiancée, up-and-coming kickboxer Alex Hunter embarks upon an odyssey of vengeance. David Haycox (1997)

Back In Stock! The underrated Creature Feature from the late 90s!

Back In Stock! The brain munchers with attitude are back as a young man uses a secret government chemical program to reanimate his dead girlfriend, helping her as she consumes the only thing that will nourish her, human brains. Brian Yuzna (1993)

Back In Stock! Japanese horror. A reporter and her ex-husband investigate a cursed video tape that is rumored to kill the viewer seven days after watching it. Hideo Nakata (1998)  Includes all 3 films!

Back In Stock! As the snow is hitting it’s time to start bringing back all the Xmas goodies. Santa’s Slay was shot in our neck of the woods and worth a watch as a gulity pleasure!

On Halloween 1968, reclusive Stella and her two friends meet a mysterious drifter, Ramón, and uncover a sinister notebook of stories.

Back In Stock! Speaking of Christmas mayhem a DEDFEST favourite returns to the shop with the remake of Silent Night, Deadly Night. Santa and a blowtorch. Good times!

Back In Stock! The Toxic Avenger travels to Tokyo to search for his father and leaves his home Tromaville open to complete domination by an evil corporation. Michael Herz, Lloyd Kaufman, 1989.

Back In Stock! Perfect Halloween timing!

Documentary of the 1974 heavyweight championship bout in Zaire, “The Rumble in the Jungle,” between champion George Foreman and underdog challenger Muhammad Ali. Leon Gast (1996)

Back In Stock! The best seller returns to the shop. A caretaker devotes himself to three demented siblings after their father’s death.

So aslways first come first serve and from the Video Store I wish you all a Happy Halloween. Be safe, be happy! Cheers.

Another Week Of Cinema Goodness Rides In On The Videostore Gravy Train!

It's another week of cinema coming to the shop and the videostore is giving you everything from German splatter gore to the...

A New Month. A New Week Of Goodness For The Videostore….

Well It's February. Shit weather. Blah month of whatever. But the videostore as always is here to rescue those boring blues with...

Well in fairness the videostore is kinda Halloween year round but this is it. The Real deal! So if there was ever...