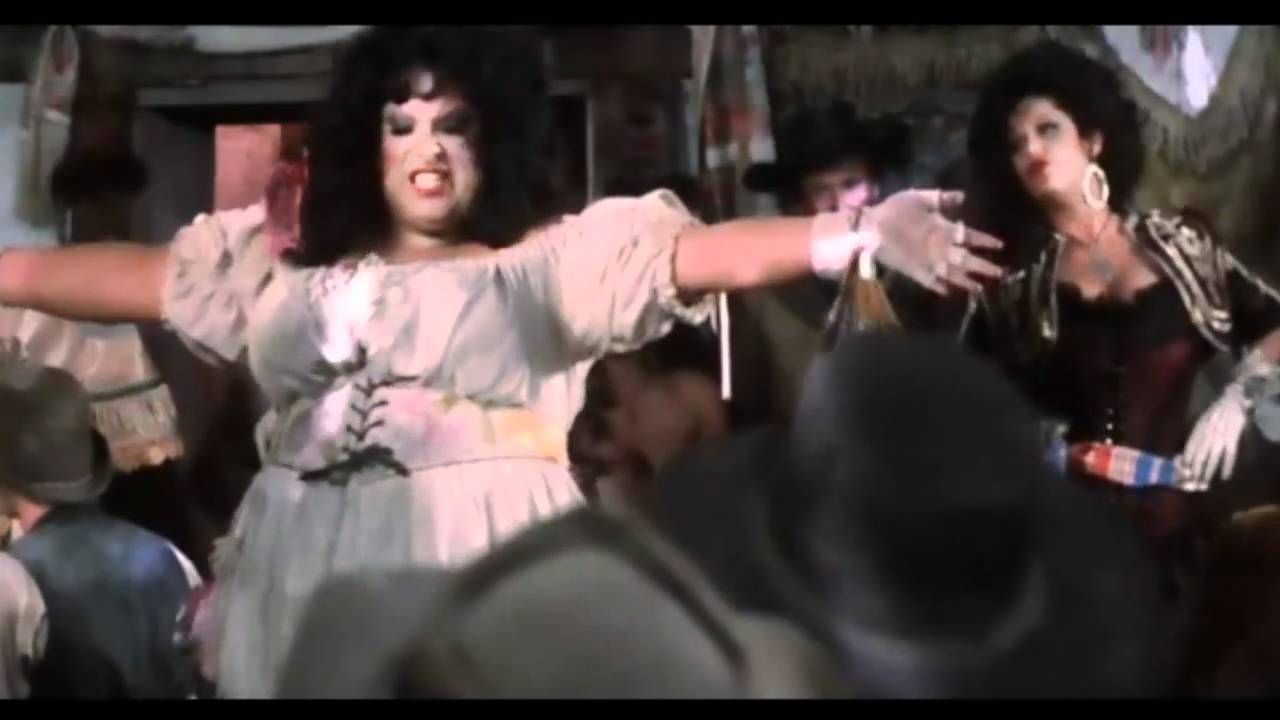 Well guys, I have missed you over the weekend because I was in Toronto for a film festival. The very incredble BLOOD IN THE SNOW Film Festival that was kind enough to screen our latest short film from the video store in their fest. I t was good times but I’m a Video Store guy first and it’s time to get back down to business and let you know what is hitting the shop this week so here we go…

Let’s be honest. We all want the sexy special editions of the flicks we loved growing up but if money is tight and the movie is your deep care this 4 pack is simply fabulous! Classics grouped together is never a bad way to go.

Back In Stock! Criterion Blu Ray! Starring Isabella Rossellini, Kyle MacLachlan, Dennis Hopper. A severed human ear found in a field leads a young man to investigate a mysterious nightclub singer and the criminals who kidnapped her child. David Lynch (1986)

Back In Stock! Criterion’s DVD edition of Terry Gilliam’s 142 version of the film.

From cult director Paul Bartel the movie that preceded Cannonball Run a plot that also involves a race from New York to LA with a shitload of money involved.

Back In Stock! Ralph Bakshi’s (Fritz the Cat) infamous indictment of blaxploitation films, negative black stereotypes and the plight of blacks in America circa 1975. Barry White, Scatman Crothers.

Back In Stock! This 80s double feature is a beauty and hits the shop again BUT these Blu Ray editions are OIUT OF PRINT by next month so get them while you can!

Back In Stock! A Houston vice cop who’s forgotten the rule book hunts down an evil alien criminal who is addicted to human endorphins. Dolph Lundgren, Brian Benben, Betsy Brantley, 1990.

Back In Stock! One of the best sellers in the last few months. And it’s back in the shop. Get it while you can!

Back In Stock! Again it returns to the shop but again SCREAM FACTORY is putting it OUT OF PRINT by 2020. Get it now! A babysitting uncle tells his charges three horror stories–about a killer witch, Little Red Riding Hood and a werewolf, and a story about “Goldi Lox” and the three bears. Jeffrey Delman. Melissa Leo (1986)

Back In Stock! One of the original VIDEO NASTIES! Remastered, Uncut, Abel Ferrara! Nuff Said.

Back In Stock on Blu Ray! Before Speilberg gave us a shark he gave us a truck!

Back In Stock! Alejandro Jodorowsky’s legendary surreal, biblical spaghetti “eastern” midnight movie follows a gunfighter as he reaches the top and becomes a holy man. 1970.

Tis The Season for guilty pleasure trash. An Elf is left behind by Santa to help rescue the Harper family from a lousy Christmas. The Elf and the family get more than they bargained for, as the kids help the Elf discover his special powers and true identity as a budding superhero.

Only available as a REGION FREE IMPORT BLU RAY this 90s cult classic returns to the shop! A soldier convicted for murdering his commanding officer is dumped and left to die on a prison island inhabited by two camps of convicts.

Back In Stock! Georges Franju’s influential horror film about a brilliant, obsessive doctor who attempts a radical plastic surgery to restore the beauty of his daughter’s disfigured countenance—at a horrifying price. Edith Scob, Pierre Brasseur, 1960

A woman is forced to go on the run when her superhuman abilities are discovered. Years after having abandoned her family, the only place she has left to hide is home. Julia Hart (2018)

Children are hidden away in the attic by their conspiring mother and grandmother. Jeffrey Bloom (1987)

The original Vincent Price classic returns to the shop along with it’s two sequels in one sexy set!

Back In Stock! The first 8 Friday flicks on BLU RAY in one set at ONE low price!

Back In Stock! STEELCASE EDITION! Science fiction suspense thriller, in which a rescue space ship crew meets up with horrors projected by their own imaginations. Bruce D. Clark (1981)

Bcak In Stock! After a high school track star dies in the middle of a race, her teammates begin to be killed off in various creative ways in this 1981 horror. Vanna White, Herb Freed.

Back In Stock! Norwegian thriller, two German soldiers take a Norwegian soldier as prisoner, during WW2. They are thankful that they find a lonely house out in the wilderness, but the houses aren’t that cozy after all.

Back In Stock! The One. The Only. The Cult Classic!

In a world where, unbeknownst to the public, all famous pulp fiction heroes are real, one of them, Jake Speed, agrees to help desperate Margaret Winston save her sister from sadistic white slaver Sid, who’s operating in Africa. Andrew Lane (1986)

An idealistic attractive young couple acquires a stunning, life-like robot for guilt free help, but as the three grow closer, their perception of humanity will be altered forever.

Starring Tab Hunter, Divine. Rosie discovers that she and the town Madam each have a unique tattoo on their posteriors, which they discover might be a treasure map leading to the region’s mythic gold cache. Paul Bartel (1984)

Back In Stock! Peter Lorre stars as serial killer Hans Beckert in Fritz Lang’s harrowing masterwork M, a suspenseful panorama of private madness and public hysteria that to this day remains the blueprint for the psychological thriller.

Back In Stock! Forgotten Stephen King gem that involves a reporter is on the trail of a vampiric murderer who travels by plane.

Back In Stock! Great 90s gem! A law student, who takes a job as a night watchman at a morgue, begins to discover clues that implicate him as the suspect of a series of murders.

Back In Stock! 3 self-involved roommates take in a brooding boarder who dies of an overdose, leaving a suitcase full of money. The trio then embarks on a series of very bad decisions, with extraordinarily grim consequences for all. Ewan McGregor, Danny Boyle, 1994.

Back In stock! BUT after 2019 ends this movie will be OUT OF PRINT so get it while you can! Over-the-top creature-runs-amuck movie – this time it is WORMS! AUGH! Don Scardino, Patricia Pearcy, Jeff Lieberman, 1976

Back In Stock on the SCREAM FACTORY BLU RAY! “Possibly the funniest movie ever made about Catholicism.” – Roger Ebert. Patricia Arquette, Gabriel Byrne, Jonathan Pryce, 1999.

Back In STock! On of my personal favourites… Horror anthology featuring Christian Slater, Steve Buscemi, and Julianne Moore, where a young boy tells three stories of horror to distract a witch who plans to eat him. John Harrison (1990)

Back In Stock! A best seller for the shop over the years. One DVD and one IMPORT BLU RAY hit the shop again. Over-the-top gorefest from the people who brought the world Suicide Club and Machine Girl. Yoshihiro Nishimura, 2008.

Now this one confuses me. You have a sequel to the Eddie Griffin 2002 fun flick starring Michael Jai White from Black Dynamite? Whatever. It’s coming in regardless.

Back In Stock! BRILLIANT FILM! Desperate to pay off mounting debts, a young man living in China agrees to carry out an assassination in South Korea. But soon the man finds himself at the center of a dangerous conspiracy as he begins to uncover a vicious trap of betrayal and lies. 2012.

So that’s some of this week’s goodies coming BUT do not forget the couch has cheap movies. INFACT this week it’s 3 DVDS for 10 bucks or 2 BLU RAYS for 10 bucks. Basically I need my couch back. As always the video store loves you. See you soon. Cheers!

Life keeps on trucking and so does cinema. Good, bad, or ugly it will be there to amuse and entertain us when...

Another Week Of Cinema Comes Into The Videostore…

More Exploitation Comes To The Shop This Week…

Well fellow movie nerds. Anotehr fine week of cinema is upon us and the list week gives us some new gems and...