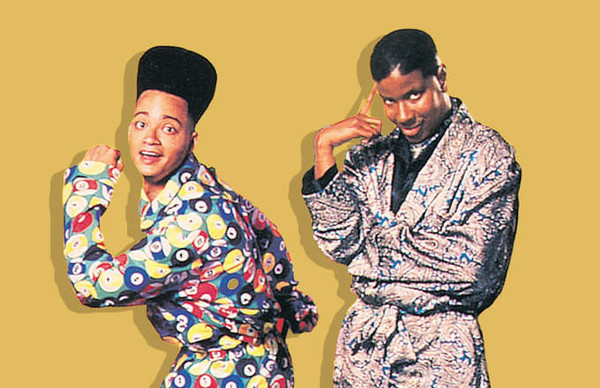 Many memories from the 80s and 90s through my VCR still stand out in my younger years and KID and PLAY’s HOUSE PARTY is one of them. Even with mediocre to the bad sequels that followed those movies could not water down the impact of the original. The fact remains watching this 1990 flick is something of a moment in time. Coming just before the heavy hitting movies like Boyz In The Hood and Menace 2 Society House Party was just a fun time of comedy, drama, great music and fashion that represented the era. Instead of seeing it as a dated movie we look at it like a time gone by. A FUN time time gone by with one hell of a party.

At the time Christopher Reid and Christopher Martin were known more for their music as Kid N Play so the fact they actually had some great comedic acting chops helped this movie take off. Add in a young and up coming Martin Lawrence as the House DJ Bilal AKA Dragon Breath and the good times were rolling.

The man who steals every scene though is the late great Robin Harris as “Pops”. Sadly Harris passed away at 36 from a heart attack before the movie came out so this would be his last role. But as his last he is perfect as the hard ass father trying to teach his kid responsibility.

This screening is part of Ramneek Tung’s ongoing series BOOM BAP CINEMA and will be a blast to watch with friends on the big screen. Beer is served as always and there will be a pre show featuring a performance by DJ Gulzar spinning some classic goodness to get us ready to go back to 1990! So tell your friends and come on down to the METRO CINEMA this Saturday night for one fun time at the movies!

And All Through The Videostore More New Cinema Kept Coming In…

Good day dear movie friends. Once again it is time to let you all know what wonderful delights we have coming into...

I Am Not An Animal! I’m A Videostore and Here Are The New Flicks Coming This Week..

Another week of cinema is coming to the shop and one of those titles is not only one of my favourite films...