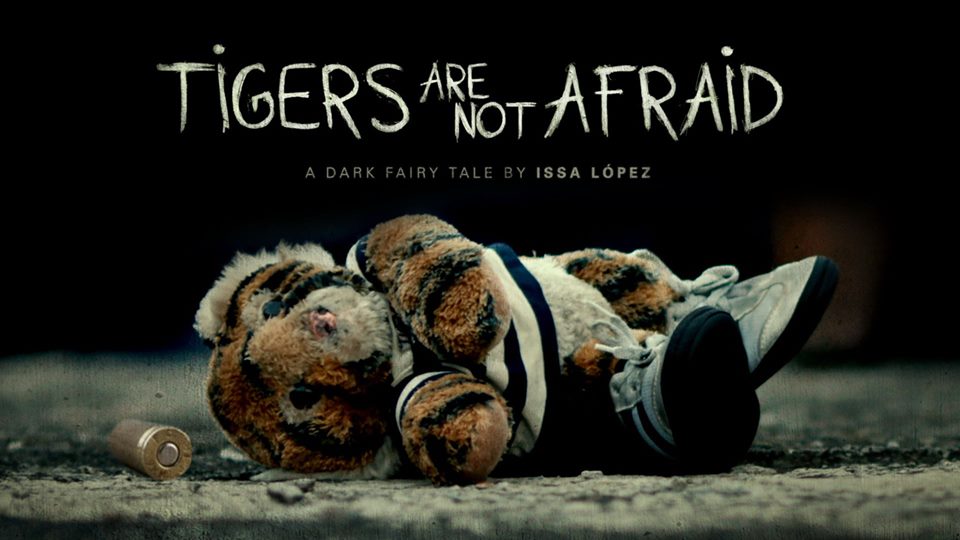 It is truly hard to believe that DEDFEST had the pleasure to screen Issa Lopez’s haunting film TIGERS ARE NOT AFRAID almost 2 years ago now. Those who were in the theater that night at the Metro Cinema got to witness the work of an amazing new talent in the genre. Not only was the film a powerhouse but the director, Issa Lopez, was our guest and charmed the crowd with a powerful Q and A session after the screening. It did not take long after that screening for the movie to gain the attention it deserved. Most notably from Genre Icon and Oscar winning director Guillermo Del Toro who is currently producing Issa’s new film.

Needless to say many people have asked me time and time again when will this movie be coming out. Well, here we are 2 years later and before it hits the videostore later in the year it is finally back on the big screen and is must viewing for those that are fans of films like Devil’s Backbone and Pan’s Labyrinth. DEDfemme is the perfect way to present this film as it’s main focus is women in genre filmmaking and Issa Lopez will be a name not soon forgotten. I joked with her as a few of us hung out in the videostore later that night that I have never had a future Oscar winner in the shop before. She laughed. I was quite serious. See the film. Support new genre filmmakers and film trying to bring something different to the screen.

The Film plays Thursday, October 24th at 9:30pm at the METRO CINEMA. Tell your friends. Come on down. Grab a drink and popcorn. And most importantly experience this beautiful and at times haunting film.

You Never Forget Your First. Remembering The Paramount…

It's still cold outside. As I sit in the shop today I'll probably be saying this for the next 161 straight days...

ONE NIGHT SCREENING ONLY! All New Transfer of Sam Raimi’s Cult Classic EVIL DEAD! Advanced tickets on sale soon at THE LOBBY!

Hey guys, bunch of randon stuff coming to the shop this week. Aside from busniess as usual I will be having a...