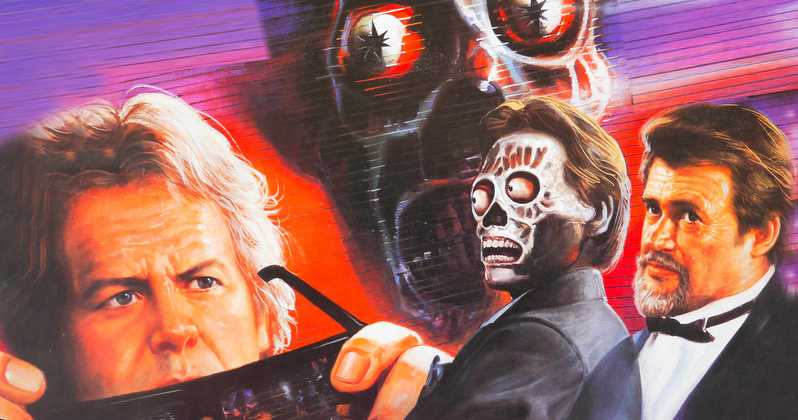 Back in 1988 John Carpenter created a film that was rooted in the Reagan era of American politics and now in 2019 is just as relevant as it ever was. Over 31 years since it’s release THEY LIVE has grown to become one of Carpenter’s most beloved films. Instead of going with his usual right hand man Kurt Russell for the lead role as NADA Carpenter took a chance by casting WWF wrestler Roddy Piper. Piper owned the role in a way only he could. He continued acting for years after in between being a sports entertainer but would always be remembered for this one film above all.

Supporting him along the way in the film is a Carpenter familiar Keith David. Known for his role in the previous Carpenter masterpiece THE THING David brought a grounded performance to compliment Piper. Also two had the longest fight to put on a pair of sunglasses in the history of cinema.

Some movies after 30 plus years have not aged well. THEY LIVE is not one of them. If it’s been awhile since you have seen it or maybe never have I can not recommend enough that on Saturday, September 21st, at 9:30pm go hit the METRO CINEMA and check out this great slice of Carpenter magic. Beers as always are served and if you enjoy the movie enough I would recommend grabbing the Scream Factory Blu Ray edition which is loaded with bonus goodies!

This Week The Scanner Cop Is Coming To Save Us…

Hello fellow movie nerds. It's a Monday afternoon and after working the bar last night I'm quite hungover and tired. If there...

A Few New Items Arrive At The Shop This Week….

A new month dawns and even though I myself will be gone most of it living in a fake videostore the real...