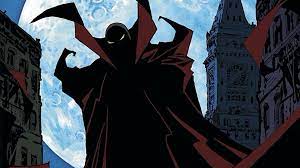 Another week in movie paradise at the old videostore. Some interesting stuff coming into the shop this week. Lots of familiar titles being welcomed back and some new and exciting friends joining as well. So let us take a look shall we…

A man finds himself trapped and used for medical experiments in an abandoned mental facility, the surgical tortures allow him to experience a new level of pain, sadness and reality he has never felt before. Marcus Koch (2015)

Back In Stock! Nice, normal-looking Leslie Vernon (Nathan Baesel) has an obsession with movie-style slashers like Michael Myers, Jason Voorhees and Freddy Krueger. Leslie decides to follow in the footsteps of his heroes, and, ever the self-promoter, invites a documentary filmmaker (Angela Goethals) and her crew to follow him around as he constructs his own grisly legacy.

Intriguing action film written by John Carpenter which apparently acted as a template for the later Die Hard about double crossing thieves and a supercar. Tommy Lee Jones, Linda Hamilton. 1986.

In the near future, gas prices have gotten so high that automobiles are an unusable mode of transport. Then vegan teacher Archie (Mike Brune), while working on an engine designed to run on wheat grass, discovers he can get it to work using human blood. He dumps sweet organic grocer Lorraine (Anna Chlumsky) for hot butcher Denise (Katie Rowlett) and all forms of mayhem ensue while Archie fuels his bloodcar. Things get crazier when the government takes an interest in the project.

Now out of print but got one back in stock. Scream Factory edition. A doctor experimenting with transplant techniques keeps his girlfriend’s head alive when she is decapitated in a car crash, then goes hunting for a new body. 1962.

Attacks by a brood of mutant children coincides with a husband’s investigation into the therapy techniques used on his institutionalized wife. Oliver Reed, Samantha Eggar, David Cronenberg, 1979.

Innovative horror film told from to POV cameras – one the kidnapped victims and the other the vicious snuff film producers. Jin Won Kim

Italian horror, an old Gothic cathedral built over a mass grave develops strange powers which trap a number of people inside with ghosts from a 12th Century massacre seeking to resurrect an ancient demon. Michele Soavi (1989)

Back In Stock! Four fantastic feature presentations from prolific producer Sam Katzman: CREATURE WITH THE ATOM BRAIN / THE WEREWOLF / THE ZOMBIES OF MORA TAU / THE GIANT CLAW

A mysterious virus hits an isolated elementary school, transforming the kids into a feral swarm of mass savages. An unlikely hero must lead a motley band of teachers in the fight of their lives. Elijah Wood, Rainn Wilson, Alison Pill, 2014.

Psychiatrist Dr. Weitzman (Dennis Boutsikaris) takes four mental patients on an outing to Yankee Stadium. Billy (Michael Keaton) is a nihilistic author, Henry (Christopher Lloyd) lost his bearings while working as a mailman, Jack (Peter Boyle) thinks he is the world’s scapegoat and the childlike Albert (Stephen Furst) is obsessed with baseball broadcasts. When two corrupt cops incapacitate Dr. Weitzman, the four troubled men must fend for themselves amid the lunacy of New York City.

Adventure comedy where two punks from the big city, traveling across the country in a Volkswagen bug, embrace the western ethos when they must take revenge against a group of rednecks. Penelope Spheeris (1987)

Import Blu Ray Edition! A three-part miniseries on politics, betrayal, lust, greed and the coming of a Messiah. Based on Frank Herbert’s classic science fiction novel.

Join Dr. Emily Zarka, who studies literature and film through the lens of monsters, as she deconstructs some of the most significant moments in zombie pop culture over the last 200 years to reveal what these creatures say about us.

When a sea plane is destroyed in a freak accident, five people find themselves drifting on a raft. At the mercy of the tide and with no hope of rescue, the helpless situation takes a horrifying turn when they are terrorised by a ravenous great white

Back In Stock! A masked serial killer turns a horror-themed amusement park into his own personal playground, terrorizing a group of friends while the rest of the patrons believe that it is all part of the show. Gregory Plotkin (2018)

A witty, disgusting, eye-popping, and incomprehensible scabrous satire of organized religion that follows a Christ figure, his disciples, and their bloody quest for the home of the gods, whom they plan to depose. Alejandro Jodorowsky, 1973.

The tales behind the creation of celebrated 1984 horror classic CREEPSHOW, with rare behind-the-scenes footage and photographs, and interviews with George A. Romero, Tom Savini, Adrienne Barbeau, Tom Atkins and many others. Michael Felsher (2016)

A brave unicorn and a magician fight an evil king who is obsessed with attempting to capture the world’s unicorns. Jeff Bridges, Mia Farrow, Angela Lansbury, 1982.

Back In Stock! A simple man is turned into a genius through the application of computer science. Jeff Fahey, Pierce Brosnan, Brett Leonard, 1992.

A lyrical and spiritual cinematic essay on The Exorcist, exploring the depths of William Friedkin’s mind’s eye, the nuances of his filmmaking process, and the mysteries of faith and fate that have shaped his life and filmography.

Back In Stock! The sordid lives of an addict, an ex-con, and a luchador collide when an organ harvesting caper goes very, very wrong. Ryan Prows (2017)

Starring Steve Martin and Kathleen Turner, a brain surgeon marries a femme fatale, causing his life to turn upside down. Things go more awry when he falls in love with a talking brain. Carl Reiner (1983)

Back In Stock! Cult film about a farmer who murders passers-by and then creates delicious smoked meat from their flesh! Rory Calhoun, Paul Linke, Kevin Connor, 1980

During the Civil War a group of Union soldiers and two Confederates escape the stockade using a hot air balloon and end up on a strange Pacific island. Cy Endfield (1961)

American professor John Holden arrives in London for a parapsychology conference, only to find himself investigating the mysterious actions of Devil-worshipper Julian Karswell. Jacques Tourneur (1957)

Back In Stock! Both films in one lovely Blu Ray Set!

Back In Stock! Early David Cronenberg horror stars adult film star Marilyn Chambers as a woman who develops a predatory phallus with a taste for blood. Canada, 1977.

Based on the Clive Cussler novel, this adventure film concerns the attempts to recover the RMS Titanic because it is carrying cargo valuable to Cold War hegemony.Jason Robards, Alec Guinness, 1980.

All Three Re-Aninator flicks in one sweet set.

Back In Stock! The entire REC franchise in a sweet boxset.

Thrilling tale about a deadly creature at large in the Chicago Field Museum. Following several grisly murders, a policeman teams up with a biologist to find the demonic force stalking the corridors of the museum. With the museum’s gala opening being imminent, they face a race against time to track down the creature before it strikes again.

Double Feature Of Goodness with both Return To Nuke Em High flicks back in stock. In Part 1 Teenage lesbians (Asta Paredes, Catherine Corcoran) battle mutant classmates at Tromaville High School. And continuing in the sequel following the events of the previous film, a lesbian couple are determined to eliminate the most corrupt, evil forces of Tromaville and the world. Lloyd Kaufman (2017)

Jon Voight stars as a tough as nails convict who breaks out of an Alaskan prison, hijacks a train, but finds himself speeding towards certain disaster. Andrei Konchalovsky, 1985.

Back In Stock! David returns to Salem, finding the formerly warm and friendly community to be downright sinister; he suspects that the bizarre behaviour of his old neighbours is due to the work of an eccentric antiques dealer.

Double Feature of pure SAMURAI who happens to be a COP! First the original..Cult classic action comedy following a sexually insatiable cop with the skills of a samurai, including fluent Japanese. He’ll need it to stop a renegade Yakuza gang who want to lead the drug trade in Los Angeles. Amir Shervan (1991)
And then the long awaited follow up! It’s 25 years later, and Detective Frank Washington is forced to team up with his long estranged partner Joe Marshall to solve a series of assassinations

Includes: The Case of the Scorpion’s Tail / Your Vice is a Locked Room and Only I Have the Key / The Suspicious Death of a Minor

After being sent to the electric chair, a serial killer uses electricity to come back from the dead and carry out his vengeance on the football player who turned him in to the police. Michael Murphy, Mitch Pileggi, Peter Berg, Wes Craven, 1989.

Back In Shop the legendary HBO series returns all in one sexy set.

Subversive cult classic horror-comedy about a toxic booze that melts anyone who drinks it! J. Michael Muro, 1987.

In this horror comedy western, vampires in a small town manufacture artificial blood in the hopes of integrating into human society. However, a descendent of Van Helsing has other plans. David Carradine, Morgan Brittany, Bruce Campbell, Anthony Hickox

Finally back in stock! The complete collection of the HBO animated series!

Limited 2 disc edition of the documentary on black metal – part music scene and part cultural uprising – going behind the scenes to review the complex and largely misunderstood principles and beliefs of the scene.

Twenty five years after a charismatic cult leader convinced his followers to kill themselves, the sole survivor returns to the scene of the horror with the children of the FBI agent who led the case in order to make a documentary.

Back In Stock! Nagged by his mother (Elsa Lanchester), bullied by his boss (Ernest Borgnine), a young man (Bruce Davison) trains mansion rats to get his REVENGE! Daniel Mann, 1971.

Back In Stock! Marines travel to a deserted island to diffuse bombs, only to be terrorized by an alien. Harry Bromley Davenport (1995)

And there we go guys. Hopefully some titles excite you this week. Should be arriving on Thursday as always. And remember… the videostore loves ya. Cheers!

So Many Movies To Explore From All Dimensions…

Summer is half over in the bizarre year that is and not much in the world is consistant except the videostore and...

Get yours today, only 20 buck at the Shop!

Spring is in the air regardless what a strange one it is. And the drive thru/ curb service videostore is doing it's...