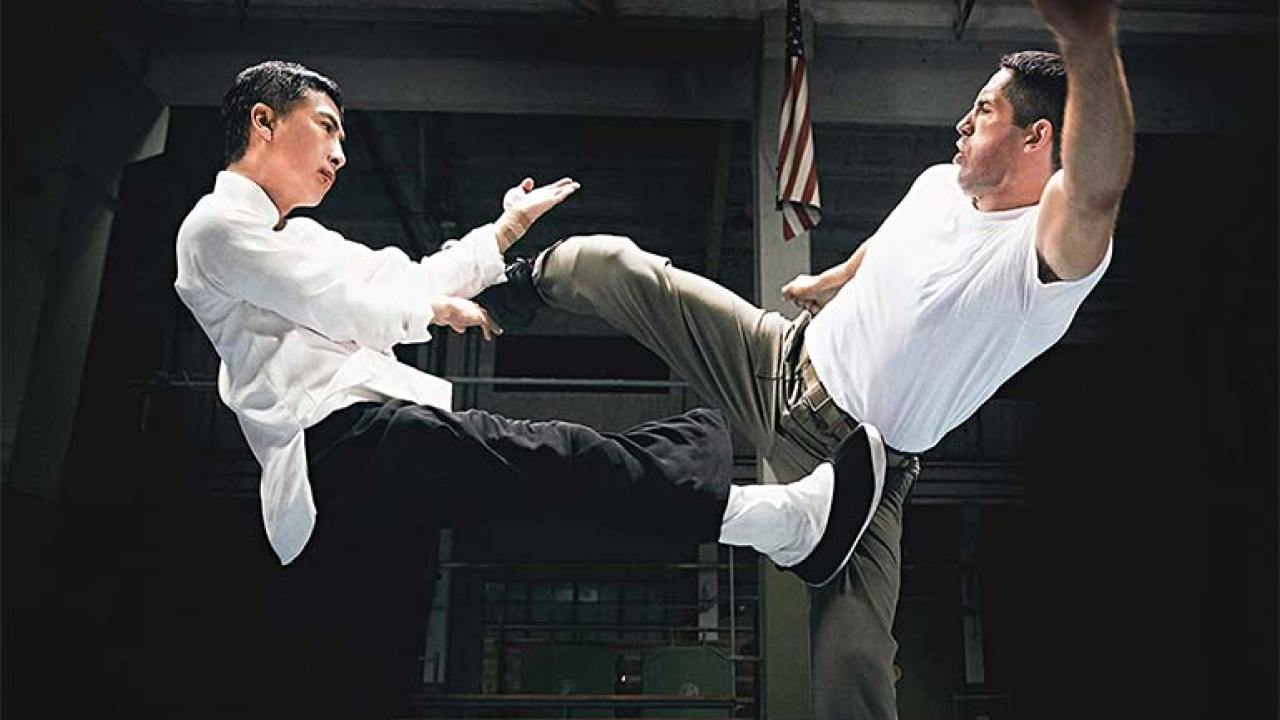 The days keep on trucking in this surreal year but so does cinema of old and new when it comes to keeping the videostore goodness going. So let’s take a look at what movie magic will be hitting the shop this fine week….

Takashi Miike’s excellent, and exceedingly violent, remake of 1966 Japanese classic about a group of assassins come together for a suicide mission to kill an evil lord.

Cult action horror favourite, where a man is accidentally transported to 1300 A.D., where he must battle an army of the dead and retrieve the Necronomicon so he can return home. Sam Raimi (1992)

When the owner and operator of a luxurious island invites a collection of guests to live out their most elaborate fantasies in relative seclusion, chaos quickly descends.

Italian crime thriller where a hungry young criminal is beaten and abandoned by the local gang boss after he tries to skim off some profits for himself, he forms his own group of misfits in order to exact revenge. Pasquale Squitieri (1975)

A cruel bully is killed in an act of revenge. A century later, a famed archeologist must uncover the truth to save his daughter from a curse before they become victims of Peter’s vicious acts beyond the grave.

In 18th Century Spain, an adopted boy becomes a werewolf and terrorizes the inhabitants of his town. Terence Fisher (1961)

Classic JCVD! A martial artist hunts a killer in a plague-infested urban dump of the future.

Alex is caught in a web of distrust between his brother, his best friend, a beautiful stranger and the renewed dreams of the slaughter of his family. Kristine Peterson (1988)

Italian horror starring Klaus Kinski, a man discovers an ancient Incan formula for raising the dead, and uses it for a series of revenge murders. Joe D’Amato (1973)

Steelcase! Abel Ferrara’s notorious slasher where an artist slowly goes insane while struggling to pay his bills, work on his paintings, and care for his two female roommates, leading him to randomly kill derelicts with a power drill. Abel Ferrara (1979)

On the last flight of a transatlantic passenger airliner, a priest, a rabbi and the airline crew team together to save a plane from a pandemic of demonic possessions. Chad Ferrin (2019)

A modern-day deputy tracks an abducted girl to a ghost town, and the spirits of the past who took her. Franc Luz, Catherine Hickland, Jimmie F. Skaggs, 1988.

Starring Henry Winkler, Sally Field, Harrison Ford. A Vietnam vet breaks out of a VA hospital and goes on a road trip with a sympathetic traveller to start a worm farm in California. Jeremy Kagan (1977)

Starring Donnie Yen. The Kung Fu master travels to the U.S. where his student has upset the local martial arts community by opening a Wing Chun school. Wilson Yip (2019)

The passengers of an old freighter en route to South America find that their voyage is truly damned! Michael Carreras (1968)

Time to get nasty… again. The sequel to director Jörg Buttgereit’s cult classic kicks up the uncomfort.

Together, a weary cop and an all business FBI agent, team up to catch the latest homicidal manic: The Rain Killer.

Shatter, an international hitman, is hiding out in Hong Kong after he has completed a contract out on an African leader. Shatter soon finds out that everyone wants him dead. Michael Carreras (1974)

The ever-prolific Takashi Miike, returns with this intergalactic epic in which a team of space explorers find themselves pitched against a horde of oversized anthropomorphic cockroaches.

Back In Stock! John Carpenter’s fun satire of consumerism finds an unemployed Roddy Piper uncovering that the world’s ruling elite are aliens in disguise who’s aim is to keep humans in a state of mindless consumerism. Keith David, Meg Foster, 1988.

A local public station gets a new owner. The station becomes a hit, with all sorts of hilarious sight gags and wacky humor. ‘Weird Al’ Yankovic, Victoria Jackson, Kevin McCarthy, 1989.

Julie, a girl from the valley, meets Randy, a punk from the city. They are from different worlds and find love. Somehow they need to stay together in spite of her trendy, shallow friends.

Italian Horror. Someone downloads an app on your phone behind your back. It looks like an augmented reality game, but soon you realize it’s an app that connects to the world of the dead. Alessandro Antonaci (2018)

And that’s it for this week. Personally I’m most excited for 2 new Takashi Miike flicks coming in that I have not seen yet. Whether you love them or hate them they are never boring. Either way I’m still here doing the curbside service for all your movie needs. Stay safe, take care, and remember…the videostore loves you. Cheers!

More Titles Hitting The Shop This Week As Halloween Approaches….

As the days continue to get cooler and the leaves keep on falling we approach mid October with excitement as genre film...

A Fine Mixed Bag Of Cinema Rolls In This Week…

June of 2020 keeps trucking and while this entire year has been a twilight zone episode so far and seeing a movie...