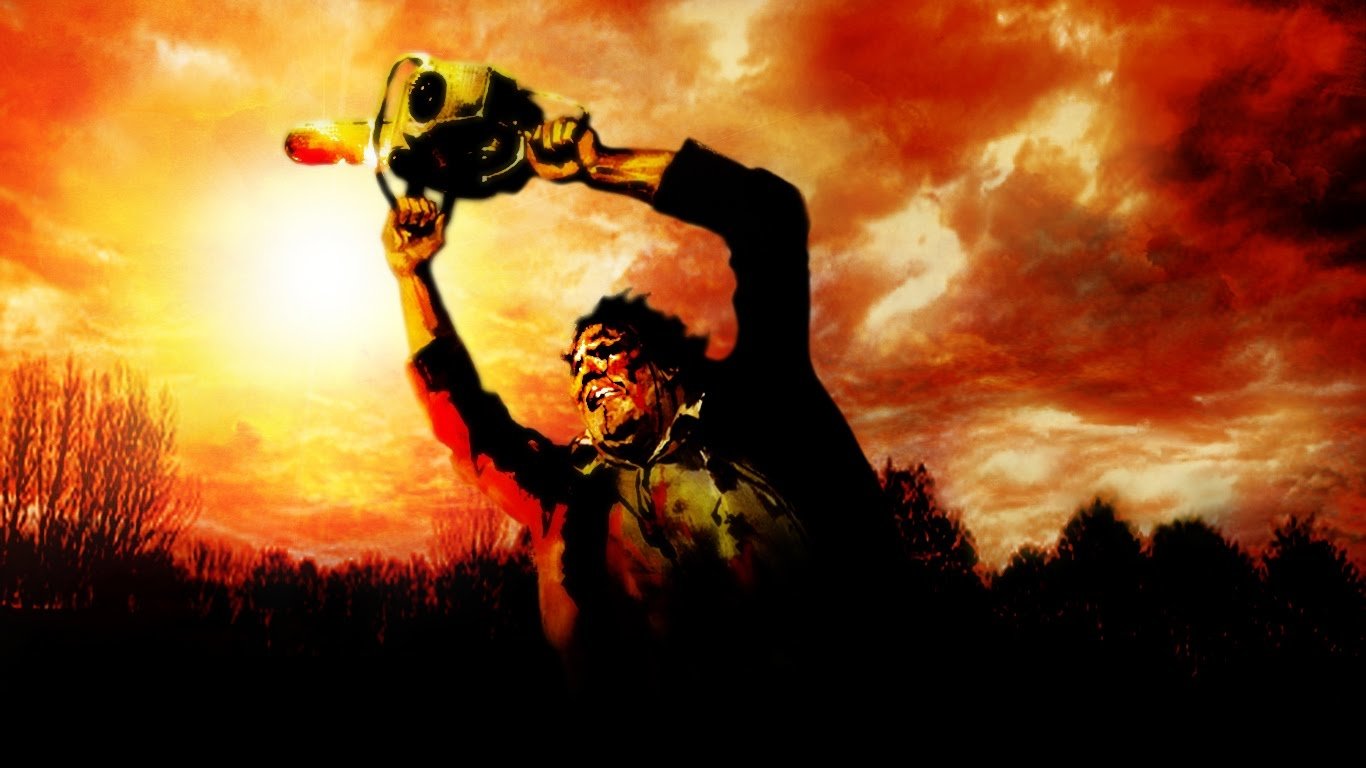 As the days continue to get cooler and the leaves keep on falling we approach mid October with excitement as genre film fans. This is the magical time of year were companies like Arrow Video, Scream Factory, and Vinegar Syndrome start dishing out their best titles just in time for the witching hour. So let’s see what new, old, and best sellers return to the videostore this week….

It’s been 14 years since Rob Zombie’s Devil’s Rejects. Most would still consider it his best work to date so why not return to the world that treats him well. Sadly we will get very little Sid Haig in the film for obvious reasons but I’m sure this is a must have for most collectors regardless.

Two young English women go on a cycling tour of the French countryside. When one of them goes missing, the other begins to search for her. But who can she trust? Robert Fuest (1970)

Oh Annabelle. In a rare trilogy where each film actually gets better and better after it started weak sauce with the original film you can now have all 3 together to witness the progression of the series.

Back In Stock! Camp classic about people and pets being eaten by the traditionally docile fruit. A special government task force is set up to investigate the violent veggies and put a stop to their murderous spree. John De Bello (1978)

Oh baby! Finally back in print thanks to Kino! French horror. When a strange creature crawls into a woman’s uterus she becomes a killer in order to feed the tiny terror growing within her. Alain Robak (1990)

Back in Stock! Underrrated werewolf flick! It’s WHITE FANG meets THE WOLF MAN! After being bit by a werebeast a man moves in with his sister and must contend with a preternaturally intelligent dog who knows his secret. Michael Pare, Mariel Hemingway.

First Time On Blu Ray! Starring John Saxon. An architect and his wife move into a house with a bloody past and a 100-year-old ghost, who possesses the wife. Herb Freed (1980)

Time to bring some early 2000s CGI schlock back in the shop because we not? The Boogeyman trilogy returns to the videostore.

Back In Stock! Forgotten gem from 1978. When a young female doctor notices an unnatural amount of comas occurring in her hospital she uncovers a horrible conspiracy.

Back In Stock! The chilling story of identical twin gynecologists who share the same practice, same apartment and the same women. When a new patient challenges their eerie bond, they descend into a whirlpool of sexual confusion, drugs and madness. Jeremy Irons.

After waiting almost 15 years we finally got the well earned conclusion to one of HBO’s best series ever. StarringTimothy Olyphant, Ian McShane, Molly Parker. As the residents of Deadwood gather to commemorate Dakota’s statehood in 1889, saloon owner Al Swearengen and Marshal Seth Bullock clash with Senator George Hearst. Daniel Minahan (2019)

Before Spielberg gave us Jaws he created another unstoppable killing machine. A business commuter is pursued and terrorized by the malevolent driver of a massive tractor-trailer.

Back In Stock! Based on a story by H. P. Lovecraft, a group of scientists create a resonator to stimulate the pineal gland, and open up a door to a parallel (and hostile) universe. Jeffrey Combs, Barbara Crampton, Stuart Gordon, 1986.

Back In Stock! One of my all time favourites from the 90s. Event Horizon is simply The Shining in Space and it works.

Back In Stock! Sequel to the canadian cult classic The Gate the follow up continues to explore the mysterious hole in the ground and what evil may come from it.

A masked serial killer turns a horror-themed amusement park into his own personal playground, terrorizing a group of friends while the rest of the patrons believe that it is all part of the show. Gregory Plotkin (2018)

Back In Stock! The beautiful Arrow Video editions of Hellraiser 1 and 2. Each Blu Ray contains one half of the monster documentary Leviathan, a 7-8 hour running time together.

Back In Stock! A witty, disgusting, eye-popping, and incomprehensible scabrous satire of organized religion that follows a Christ figure, his disciples, and their bloody quest for the home of the gods, whom they plan to depose. Alejandro Jodorowsky, 1973.

Starring Helen Mirren. Beaty is a prostitute working out of a high-class London cabaret where Emory is a technician. They begin an affair encumbered by her job, his lack of money, and their pasts. Matthew Chapman (1980)

Back In Stock! Murderous Hippies on a LSD fueled rampage take a turn for the savage when a young boy out for revenge feeds them rabies infected meat, resulting in a spectacular gore fest. David E. Durston (1971)

Starring James Cagney. The life and career of vaudevillian and silent screen horror star Lon Chaney, including his contentious relationship with his neurotic wife and his premature death. Joseph Pevney (1957)

Back In Stock! Iconic horror based on Steven King’s novel, after a famous author is rescued from a car crash by a fan of his novels, he comes to realize that the care he is receiving is only the beginning of a nightmare of captivity and abuse. Rob Reiner (1990)

A teenage boy comes back from the dead because he is determined to win the most beautiful girl in school. Bob Balaban (1993)

After a criminal motorcycle rider is put to death, he comes back from the dead to seek murderous revenge against the residents of a Florida town. James Justice (1989)

Czech horror. A mother and her daughter start a new life in a remote house with the ‘father away on business’. After the lie is disclosed, their relationship begins to wither and the mythical Noonday Witch manifests. Jiri Sádek (2016)

Starring Demi Moore. In this grotesque 3-D movie cities are ravaged by atomic fallout and controlled by evil corporations that have developed flesh-eating parasites who prey on unsuspecting citizens. Charles Band (1982)

A psychiatrist involved in a radical new therapy comes under suspicion when his patients are murdered, each according to their individual phobias. John Huston (1980)

Back In Stock! John Carpenter’s moody and dark as hell undrerrated classic!

Back In Stock! To prepare ourselves for the release of Volume 2 (finally) the first half of Lloyd Kaufman’s Return To Nuke Em High hits the shelves once again.

Back In Stock! Bizarre. Dark. For Kids? This 80s sequel for Wizard Of Oz has taken on a cult following 30 plus years later for simply being much darker than anyone intended for a “kid’s film”.

Finally back in print thanks to Arrow Video Ringu can be yours as just wanting the original and dropping a few more bucks and getting the entire collection of this J-Horror classic! Japanese horror. A reporter and her ex-husband investigate a cursed video tape that is rumored to kill the viewer seven days after watching it. Hideo Nakata (1998)

Back In Print! The Stephen King collection grows again as this icy cold movie returns to the shop. Featuring Colm Feore. A dangerous blizzard hits an isolated town and brings along a mysterious stranger intent on terrorizing people for his own desires. TV MiniSeries (1999)

Witnessing an assassination, a boy claims the assassins are hunting him. With his older sister, the pair escape numerous attacks and are aided by their grandfather. John Hough (1970)

45 years later and the power of this film stays strong. A classic that still out sells most modern horror cinema returns once again to the videostore! The original restored film in an all-new 4k scan authorized by Tobe Hooper, featuring a dynamic new 7.1 surround sound mix and never-before-seen outtakes!

As the weather gets colder certain movies always come to mind. And no collection is complete without this 1982 masterpiece. Cult favourite about goopy, creepy alien slowly killing the inhabitants of a remote Antarctic base. Kurt Russell, Wilford Brimley, Keith David, John Carpenter.

After losing her job and relationship,a young woman moves to the country, renting a country house to an old-fashioned widower, who struggles to hide his pyschopatic tendencies. Richard Bates Jr. (2019)

Forgotten sequel to the 70s cult classic! Three short tales of terror including: woman’s encounter when attempting to rob a grave; the story of a woman who summons her son back from the dead; and tale of an African doll who comes to life. Dan Curtis (1996)

Discover the buried treasures of TV’s Halloween hits! This ghoulishly good collection is packed with 13 eerie episodes from your favorite TV shows of the 90’s.

Back In Stock! So maybe someone out there buys this double feature set for High Spirits but let’s be honest. Everyone buys this set for one of Nic Cage’s wildiest performances. A must have for collectors of the acting madman known as Mr. Cage.

First Time On Blu Ray! Starring Rutger Hauer. The bounty hunter Nick is offered $250,000 by CIA to get the terrorist behind the bombing of an LA movie theater. Nick quit CIA – he couldn’t trust them. Can they be trusted now? Gary Sherman (1986)

Russian soldiers accidentally unleash the servant of Dracula, as well as his dog, during excavations of Romania. Together, they set out for America, to find the last descendant of the great Count. Albert Band (1977)

So that is basically the main chunk of films coming this week. Due to the long weekend the movies are expected to hit on Friday. As always first come first serve. So let the spirit of the season continue and swing by the shop to rent or buy some sweet gems to feed your players. Till next time…the videostore loves you. Never forget!

Good day my friends. Well Canada Day is upon us and it might be a quiet celebration in 2020 so the option...

Well hey gang! Another week of cinema comes crashing into the shop this edition brings the videostore excitement with the Blu Ray...