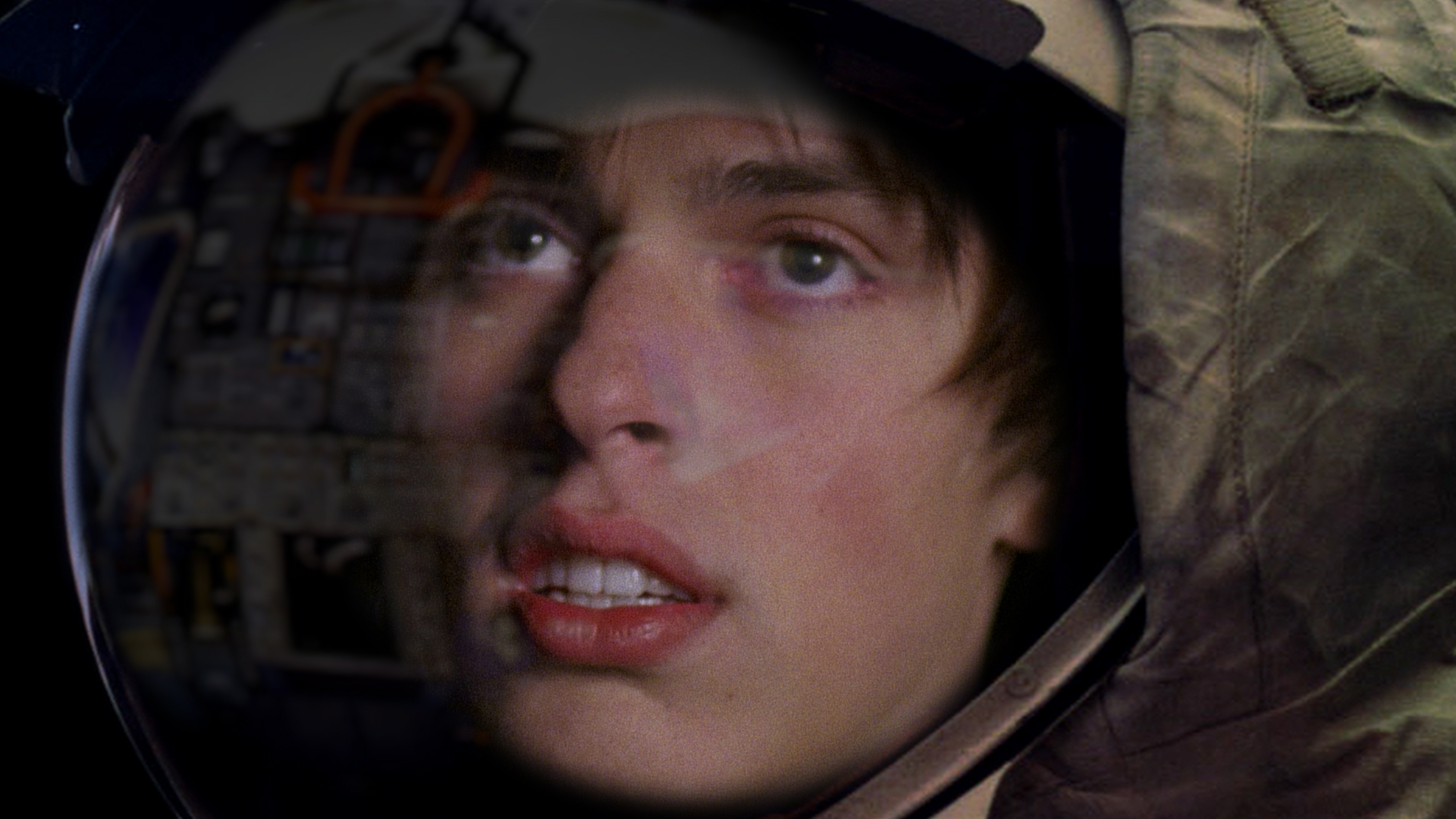 It’s that magical or cynical time of the year again as we are close to the latest STAR WARS film and final chapter of the Skywalker Saga coming to a theatre near us. And sadly the majority of us (myself included) have lost the love and childhood wonder that I once felt not just for the franchise but for inspiring a film nerd like myself. But that brings me to want to speak about a film that simply reminds us why Star Wars was so special in the first place. Back in 2009 there were gonna be two films coming out that shared the love of George Lucas’ original trilogy and how it made young movie nerds dream of becoming part of that film making process.

Those two films were Fanboys which did come out and 5-25-77 which got lost and simply disappeared. Years went by and I kept searching the internet to see what was going on with this project. Updates would happen saying coming in 2013, and then 2014, and then 2016, and finally 2017. And maybe it did finally come out somewhere but not in my city. Not even close. Well now finally in 2019, thanks to a good friend, I was finally able to see this movie I had been waiting for over a decade to watch.

Now writer/ director Pat Johnson tells me right from the beginning that this version I am watching is not the finnally cut of the film as I hit play. Lots of temp music and visuals but honestly at this point I could care less. I have literally waited a decade to this. It was time to see if this movie could make me smile and feel like that kid again that saw Star Wars for the first time and remember the magic back in the day when the world seemed simplier. Short answer…yes.

The quick summary of this movie could be “Wonder Years meets Dazed and Confused meets Star Wars Fan. The reality is Pat Johnson made a bio pic about his young years and what inspired him to become the artist he grew up to be. This is a bio pic of a man that made it in Hollywood as a visual effects artist and a man who also directed the 1994 cult classic BABY’S DAY OUT. What did this for him? STAR WARS!

Well that is not entirely true. Pat Johnson was first given the love of cinema through films like 2001 and Planet Of The Apes and started making 8mm films in his rural home town with his friends. He had big dreams, to make great escape cinema and visual effects and maybe one day make it to Hollywood.

How much of this movie is based on fact on Pat Johnson’s life I have no idea. What I do know is that it starts with a kid with big dreams who is misunderstood by his friends. They don’t quite get what he’s going for in life but his friends and family, especially his mother, are there to support him right from the start which includes Pat trying to film JAWS 2 ( well before the actual sequel was ever made) in his backyard pool. Pat is determined to make these crazy little films in his home town to give him purpose.

Along with his nerd obsession of making movies Pat still goes through the usual teen life moments like being bullied, made fun of, trying to get laid, meeting the right woman, and ofcourse just generally trying to get accepted and understood by his peers. But one day his mom goes above and beyond the call of duty to help her son and sends him on a trip to Hollywood to meet his hero…Doug Trumbull. The man who worked on Kubrick’s 2001 and directed the sci-fi classic SILENT RUNNING

In a great moment when getting a tour of a studio in Hollywood Pat accidentally stumbles into a place where they are filming post FX on a little film called CLOSE ENCOUNTERS OF THE THIRD KIND and he actually meets a very young STEVEN SPIELBERG. After having a panic attack talking to the boy wonder director Pat accidentally walks into the FX house where a group of young hippie visual artists are working on an unknown film about spaceships and the force. They give him a quick look at the odd props they are working on like TIE FIGHTERS and X-WINGS. From that point on Pat knows something special is coming to the silver screen soon and when he goes back home he has to spread the word of this coming soon sci-fi film called STAR WARS.

While trying his best to convince his small town that this movie will change everything he also tries to convince himself that him and his current girlfriend should get married, have the 2.5 kids, and live a normal life. Trouble is everyone, including his best friend, mom, and even she knows he’s simply scared to take the leap and get the hell out of his small town and follow his true dream of doing what he knows he is meant to. Also Pat is so desperate to be accepted by his peers he actually buys 40 tickets to the opening night of Star Wars to try and drag everyone he can to it with him. Why? Because in Pat’s mind movies bring everyone together. From the jock to the nerd. Once a group of different people can experience something so new and exciting together for the first time it makes us feel as one no matter where you come from or who you are in your normal life. Yup, it’s some hippie shit but it was the 70s and it’s a sweet thought.

Well let’s just say the rest of the actual plot deals with growing up, finding out who you are, and willing to follow your dreams. I can say Pat Johnson did. Atleast according to this film. In the end the film is more drama than comedy but due to it’s sweet innocence and the love of Star Wars in the summer of 1977 I could not help but love what I saw because overall I am a film nerd and I still love Star Wars regardless of what Disney has done to these new movies. Pat Johnston is a prime example of a man who used his loved of this film at a young age and let it push him to becoming the person he wanted to be with the job he knew he was meant to do.

The real Pat Johnson went on to succeed as a visual FX artist and work on such films as Bill and Ted’s Excellent Adventure, Warlock, V: The Mini Series, and Amazing Stories to name a few. Coming from a town of 750 people and to reach his dreams which was given it’s final kick because of a little film by George Lucas in 1977 is a great feel good story and this film does a great job nailing those thoughts even if the version I saw was “incomplete”.

Now I’m not gonna say I’m excited for the new Star Wars film this month. Infact I think it’s gonna be a huge letdown as the plan to make a film with fantastic ideas and fun motives have been replaced by corporate ideas, greed, agendas, and to sell toys BUT when I watch something like 5-25-77 it reminds me there was a time when cinema was an inspiration. A time when a movie could blow our minds away and not make us be cynical critics looking for something to hate like even I admit I have been guilty of. Dare I say this film brings back the innocence of a time before the internet, a time before everyone became a damn critic, and a time when going to the movie theatre was a magical experience that would take us on a journey. And ofcourse a time when you didn’t have to tell people to TURN YOUR DAMN PHONE OFF!

I don’t know if this film will ever see a proper release. I don’t know if this film will ever hit my videostore in a proper Blu Ray or DVD format. But what I can say is this film, while not amazing simply as a movie, is special for those that watch it and remember how movies made you smile, took you somewhere, and inspired you to want to create. What you create does not matter in the slightest. It is the fact that you are trying something new to express yourself because of the power of film and I think that’s what Pat Johnson is trying to say with his personal story that happens to involve some guy named Lucas who happened to make a space opera back in 1977.

So on a final note I truly enjoyed this film because it had heart. Even if it was not the complete version I saw I could care less. After seeing the first trailer in 2009 it was nice to finally be able to sit down and watch a personal journey of one person affected by one movie that lead him to his future career. It is truly a shame that this film is not more available to everyone out there and I can only hope one day the videostore will have the privelage of having serveral copies on the shelf. For fans of Star Wars, for fans of indie filmmaking, for fans of never giving up on your dreams. Let’s hope 5-25-77 comes to a galaxy near us soon enough.

As always I never wanna be considered a critic because I’m not. I’m just a guy who likes to give random thoughts to movies I see and being able to see this one FINALLY was a treat and I need to thank my friend Kirk for that one. Anyways, hope you all can see it soon enough and as always much love from the Video Store and we’ll see you soon enough. Cheers!

This Halloween see HANDS OF ORLAC like never before!

It's getting close to that magical time of year when our good friends at the Winspear Centre give us our annual treat...

Titles says it all. Clearing some room as always in the shop so the following titles are half price...

Naughty And Nice Week Of New Cinema Coming To The Videostore…

Oh hey kids…another week of goodness approaches the old videostore and is the white stuff covers the land it is a given...