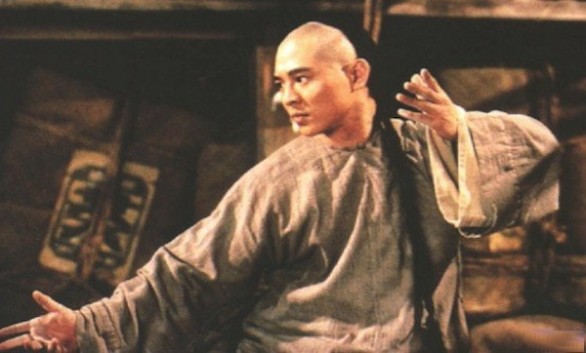 The Holiday season is upon us once again dear friends and the best way to get into the warm and fuzzy feelings with your fellow movie loving friends is the gift of cinema ofcourse. This week we have many wonderful choices for just such a thing. Or to hell with giving to others and just keep for yourself. Anyways let us take a look shall we…

BACK IN STOCK! All 5 Final Destination flicks.

An army veteran’s unlikely romance with an Iraqi immigrant is put to the test when she is faced with the prospect of deportation. Martin Starr, Dina Shihabi, Paul Wesley, 2014.

BACK IN STOCK! A father and son, both coroners, are pulled into a complex mystery while attempting to identify the body of a young woman, who was apparently harboring dark secrets. André Øvredal (2016)

One of the great lost masterpieces of Japanese animation, this film is a mad, swirling, psychedelic light-show of medieval tarot-card imagery with horned demons, haunted forests and explicit Gustav Klimt-influenced eroticism.

Two cannibalistic brothers kill various young women to use their flesh as part of a new special dish at their run-down restaurant, while also committing blood sacrifices to awaken a dormant Egyptian goddess.

Fresh from the Stathes Collection and animation pioneer Earl Hurd, fifteen of Bobby’s brightest are back, restored to an amazing sparkle—so we can all thrill to the pranks of our beloved brat, his snarky dog Fido, his long-suffering Pa and Ma.

Disney may have “started with a Mouse”–but the first great cartoon studio started with a dachshund! Max Fleischer, Walter Lantz, and Paul Terry all launched their careers at the silent animation house of John Randolph Bray.

Irish horror about an amnesiac drifter who takes a job from a shady stranger to look after his disturbed niece in a decrepit house on a deserted rural island following her father’s recent suicide. What could go wrong? Damian Mc Carthy, 2020.

BACK IN STOCK! Vietnam vet finding his life is a festering sewer of poverty, hopelessness and violence decides to get revenge! Troma-style! Commentary with German filmmaker Jorg Buttgereit.

BACK IN STOCK! Without remembering how they got there, several strangers awaken in a prison of cubic cells, some of them booby-trapped. There’s onetime cop Quentin (Maurice Dean Wint), scientist Holloway (Nicky Guadagni), young math genius Leaven (Nicole de Boer), master of escapes Rennes (Wayne Robson), autistic savant Kazan (Andrew Miller) and architect Worth (David Hewlett), who might have more information on the maze than he lets on. The prisoners must use their combined skills if they are to escape.

BACK IN STOCK! All three of Penelope Spheeris’ The Decline Of Western Civilization films available in one deluxe box set!

Riveting Chinese war epic depicting the 1937 battle involving 800 Chinese soldiers under siege in a warehouse in Shanghai and completely surrounded by the Japanese army. Hu Guan, 2020.

BACK IN STOCK! Alejandro Jodorowsky’s legendary surreal, biblical spaghetti “eastern” midnight movie follows a gunfighter as he reaches the top and becomes a holy man. 1970.

BACK IN STOCK! Aussie action, a young woman running a wildlife sanctuary in the Australian outback fights off a group of poachers who mistakenly think she is easy prey. Mario Andreacchio (1986)

Musician John Lurie knows nothing about fishing, but that doesn’t stop him from embarking on fishing in exotic locations with friends.

In this TV adaption of the H.G. Wells book, a British Government scientist researching refraction, who accidentally renders himself completely invisible and begins working as a spy. Tim Turner, Lisa Daniely, Deborah Watling, 1958 – 1960.

BACK IN STOCK! In this cult B-movie tough biker Harley Davidson teams up with his cowboy-hat-wearing buddy the Marlboro Man to help save the bar of a mutual friend by heisting a bank vehicle but it all goes terribly wrong. Mickey Rourke, Don Johnson, Tom Sizemore, 1991.

After being released from the Wishing Well Sanatorium, all he wants to do is make the children happy. So Gregory reopens the old ice cream factory, and all the unappreciative brats are reprocessed into the flavor of the day. Paul Norman (1995)

A demented surgeon’s obsession with a British actress leads him to secretly replace her concert pianist husband’s mangled hands with those of a guillotined murderer with a gift for knife-throwing. Peter Lorre, Frances Drake, Colin Clive, Karl Freund, 1935

Austrailian/Hong Kong action where a HK Inspector travels to Australia to extradite a drug dealer. When the hood is assassinated on his way to court, everyone suspects a crime lord who the local police haven’t been able to pick up. Yu Wang (1975)

BACK IN STOCK! Comedy-horror about a loser who shows up at a Bohemian Halloween party, only to find out that he’s to be sacrificed at the party in the name of art. Jeremy Saulnier, 2007.

BACK IN STOCK! A street sweeper who cleans up after grisly accidents brings home a full corpse for him and his wife to enjoy sexually, but is dismayed to see that his wife prefers the corpse over him

BACK IN STOCK! Ten teenagers party at an abandoned funeral parlor on Halloween night. When an evil force awakens, demonic spirits keep them from leaving and turn their gathering into a living Hell. Kevin Tenney (1988)

A young girl named Cathy (Jenny Neumann) tries to keep her mother from making out with a man while driving one day, and she inadvertently causes her mother’s death in the ensuing crash.

Beloved adaptation of the S.E. Hinton YA novel about the rivalry of 2 gangs that culminates in an murder. Includes the Complete Novel & the theatrical version on 4K Ultra HD. Ralph Macchio, Matt Dillion, Tom Cruise, Francis Ford Coppola, 1983.

As a heroin dealer in Copenhagen, Frank (Kim Bodnia) is far from the top but earns good money pushing with a friend (Mads Mikkelsen). When he decides to up the ante, Frank goes to Milo (Zlatko Buric), a drug lord — except he doesn’t have enough money for the heroin. Instead, Milo fronts him the goods upon the condition of immediate repayment. But when Frank goes to make the deal, and the police arrive, he has to ditch the drugs. Now Frank has to find a way to repay Milo if he wants to live.

After shaking bars for 13 months, Tonny comes out of prison and now finds out he is the father of a child. In addition, he has debts like hell and it is his own father, Copenhagen’s most feared gangster to whom he owes the money

Milo (Zlatko Buric) is a drug dealer and recovering addict who’s slowly coming unraveled. While trying to prepare for his daughter Milena’s (Marinela Dekic) birthday party, he discovers the shipment of heroin he was expecting is actually Ecstasy. Milo gives the pills to small-fry dealer Mohammed (Ilyas Agac) and, as the party begins, starts using narcotics again. Things go from bad to worse when Mohammad doesn’t return, and Milo’s Albanian connection demands payment for the Ecstasy.

BACK IN STOCK! In Seattle during the era of grunge music, the lives and relationships of a group of young people, all living in the same apartment building, go through a period of flux. Among them are waitress and aspiring architect Janet (Bridget Fonda), who finds herself obsessed with bad boy musician Cliff (Matt Dillon) ; Linda (Kyra Sedgwick), an emotionally fragile environmentalist on the look-out for love; and Steve (Campbell Scott), a quintessential nice guy who studies traffic patterns.

Starring Randolph Scott. A serial black widow murderess returns to life in the body of a young woman to exact revenge on a former lover, a phony spiritualist who betrayed her. Victor Halperin (1933)

One hundred gorgeous and gritty 35mm trailers from the best and most badass movies from a bygone era!

BACK IN STOCK! One hundred gorgeous and gritty 35mm trailers from the best and most badass movies from a bygone era!

In a totalitarian near future, defiant citizens are labeled deviants and sentenced to brutal behavior modification camps. Brian Trenchard-Smith, 1982

Aussie thriller featuring Donald Pleasence where a down and out schoolteacher is marooned in a town full of crazy, drunk, violent men who threaten to make him just as crazy, drunk, and violent. Ted Kotcheff (1971)

In France, an American female attorney (A.J. Cook) defends a murder suspect who has a brutish appearance and a deadly secret.

Because I was asked to bring it in…

And there we go guys. Some nice boxsets, best sellers, and some new stuff coming this week. Hope it excites you as much as it excites the videostore. Cheers!

Well guys, pretty exciting week of cinema coming to the shop this week. It is a big order covering ninjas, crazy Hong...

I Am Not An Animal! I’m A Videostore and Here Are The New Flicks Coming This Week..

Another week of cinema is coming to the shop and one of those titles is not only one of my favourite films...