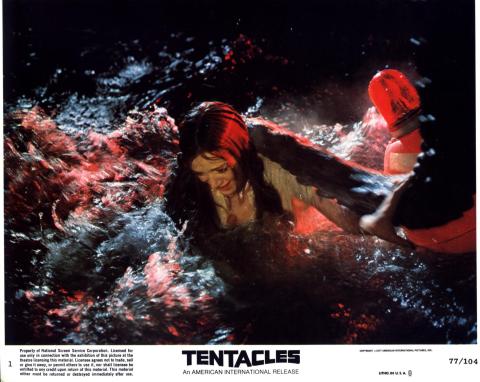 Hey kids! It’s a new month at the shop and after being gone making a silly adventure B movie about the videostore it’s time to get back to business and let you know what’s coming into the real videostore once again this week. Let’s take a look shall we?

Back in stock! A triple pack of skinny Steven Seagal!

French crime thriller about a ex-con who returns to his small town to get revenge on the family of elites who put him away. Jean-Paul Belmondo, Bernard Blier, Henri Verneuil, 1976..

Legendary cult director Mario Bava turns his imitable talents to fumetti sensation Diabolik, a master thief & international man of mystery & his sensuous lover as they pull off one fantastic heist after another, with criminal and cop equally baffled. 1966

Because of his eccentric habits and bafflingly strange films, director Ed Wood (Johnny Depp) is a Hollywood outcast. Nevertheless, with the help of the formerly famous Bela Lugosi and a devoted cast and crew of show-business misfits who believe in…

Single mother Carla Moran (Barbara Hershey) is raped and attacked by an invisible force. She begins therapy with Dr. Phil Sneiderman (Ron Silver), a psychiatrist who believes Carla’s traumatic past is motivating her to commit self-induced injuries, rather than anything supernatural. When the attacks continue, Carla

A nightmarish portrait of the loss of humanity in the manicured lawns of Middle America told through 3 sequences. Douglas Buck, 1997-2003.

Three bullied outcasts trap their tormentors at an elaborate costume party where they unleash their merciless, brutal teen angst with blood-curdling consequences

a conniving trapeze artist who joins a group of carnival sideshow performers with a plan to seduce and murder a dwarf in the troupe to gain his inheritance, but her plot proves to have dangerous consequences

Masaki Kobayashi’s fierce evocation of individual agency of a willful & honorable samurai who stands to face a corrupt and hypocritical system. Tatsuya Nakadai, 1962.

A sadomasochistic yakuza enforcer comes across a repressed and psychotic killer who may be able to inflict levels of pain the enforcer can only dream about.

American underground new wave masterpiece where invisible aliens in a tiny flying saucer come to Earth looking for heroin. They land on top of a New York apartment and find that absorbing humans during orgasm is better then heroin. Slava Tsukerman (1982)

A serial killer (Elijah Wood) removes his victims’ scalps and attaches them to the vintage mannequins he restores in his late mother’s shop.

Thomas “Babe” Levy (Dustin Hoffman) is a Columbia graduate student and long-distance runner who is oblivious to the fact that his older brother, Doc (Roy Scheider), is a government agent chasing down a Nazi war criminal (Laurence Olivier)

Raoul and Emile accidentally release a monster from an eccentric scientist’s greenhouse and vow to track it down. They soon realise that the beast may not be as menacing as it appears and try to save it from a corrupt police chief.

During a New Year’s Eve celebration, a Punk Rock & New Wave show host gets a phone call saying that when New Year’s strikes in each time zone, someone will be murdered–and she will be the last one. 1980.

Estonian fantasy, In a Medieval Estonian village, a group of peasants use magic and folk remedies to survive the winter, and a young woman tries to get a young man to love her. Rainer Sarnet (2017)

All three Poltergeist films return to the shop

All four Predator flicks in one Blu Ray set

Pitch-black, screwball Dad revenge comedy from Denmark about a father who is convinced by conspiracists that the accidental death of his wife was a calculated murder. Mads Mikkelsen, Nikolaj Lie Kaas, Andrea Heick Gadeberg, Anders Thomas Jensen, 2020.

Starring Peter Weller. In a dystopic and crime-ridden Detroit, a terminally wounded cop returns to the force as a powerful cyborg haunted by submerged memories. Paul Verhoeven (1987)

A young wife comes to believe that her offspring is not of this world. Waifish Rosemary Woodhouse (Mia Farrow) and her struggling actor husband Guy (John Cassavetes) move to a New York City apartment building with an ominous reputation and odd neighbors Roman and Minnie Castavet (Sidney Blackmer, Ruth Gordon).

Bizarro cult film from the director of Donnie Darko that involves a rift in the space-time continuum, a zeppelin powered by fluid karma, tanks sponsored by Hustler, guns that bend around corners, Neo-Marxist terrorists, and TS Eliot. Dwayne Johnson, 2006.

On the maiden flight of the first hypersonic commercial plane, a minor disaster results in the plane actually leaving the Earth’s atmosphere and orbiting around the planet in this silly TV movie! Lee Majors, Hal Linden, Lauren Hutton, Ray Milland, 1983.

Horror comedy about a caustic 1980s film critic for a national horror magazine, finds himself unwittingly trapped in a self-help group for serial killers. With no other choice, Joel attempts to blend in or risk becoming the next victim. Cody Calahan, 2020

In this Italian action film from the 80s, a pair of American agents must return to Vietnam to stop their ex-buddy who has become a major crime boss in the area. Henry Silva, Harrison Muller, Woody Strode, Fernando Di Leo, 1984.

A man who was abducted by aliens returns to his family three years later, but his presence affects them negatively. Harry Bromley Davenport (1982)

And there we are guys. A few classics coming back in with some new beauties as well. Either way good to be back and missed you all. See you later this week. Cheers!

Ahh Ya…New Movies Are Coming In This Week…

Well the snow is coming down, the Christmas trees are going up, and many movie nerds are thinking about gifts for their...