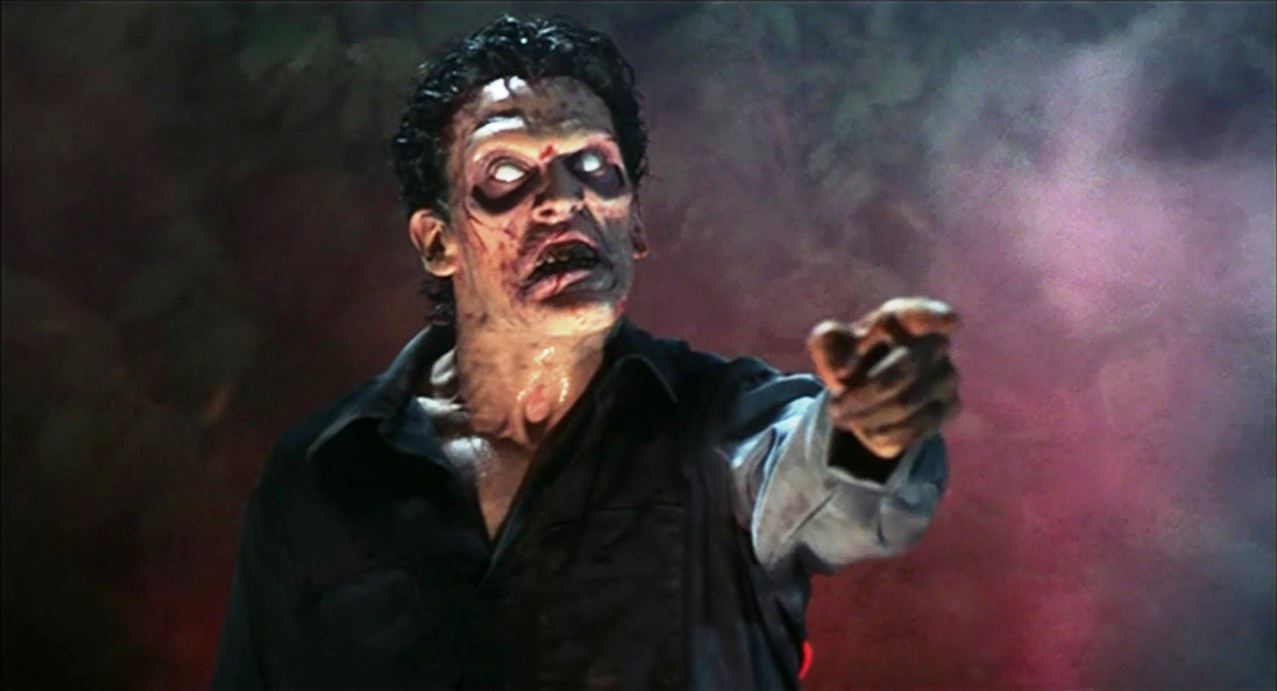 Hey guys, bunch of randon stuff coming to the shop this week. Aside from busniess as usual I will be having a table set up at DEAD by CON this weekend (Mar. 14th and 15th at the Sawridge Inn 4235 Gateway BLVD) so I hope to see you swing by the shop or the convention. Either way here are some titles….

Going against the authorities to find her father, Abby learns that her city is actually full of magic. And she discovers in herself extraordinary magical abilities. Aleksandr Boguslavskiy (2019)

Featuring Brooke Shields. In 1960s New Jersey, a withdrawn adolescent girl is suspected of her younger sister’s brutal murder during her first communion, as well as a series of stabbings that follow. Alfred Sole (1976)

In a sleepy town, one man, a wannabe horror film director is about to have his life and the world he knows change forever. Finally, he gets the big break he has been waiting a lifetime for, but its not Hollywood knocking on his door. Giorgio (2020)

Hey kids! It’s another shark movie! Like that’s ever a bad thing.

Camp classic about people and pets being eaten by the traditionally docile fruit. A special government task force is set up to investigate the violent veggies and put a stop to their murderous spree. John De Bello (1978)

An archeologist discovers his daughter is possessed by the spirit of an Egyptian queen. To save mankind he must destroy her.

Mario Bava goodness back in stock!

Innovative horror film told from to POV cameras – one the kidnapped victims and the other the vicious snuff film producers. Jin Won Kim

A convicted rapist, released from prison after serving a fourteen-year sentence, stalks the family of the lawyer who originally defended him.

Starring Telly Savalas. An ex-soldier is recruited by the FBI to go undercover in L.A. and find other ex-soldiers who are part of a drug-dealing gang. Lane Slate (1971)

Insane adaptation of the H.P Lovecraft story from the producers of Mandy, directed by reclusive cult director Richard Stanley and featuring “the Klaus Kinski of Southern California” Nicholas Cage. 2019.

Australian action comedy television series set in a bizarre, camp, 1960s interpretation of World War II and follows a group of five international spies on a mission to kill Adolf Hitler and thwart his plans of world domination.

Based loosely on the infamous Enumclaw horse sex case, 2 friends wrestle with the ramifications of their extreme sexual fetish in this black comedy from one of the directors of Swiss Army Man. Daniel Scheinert, 2019.

The Barbarian Twins try to smash a jewel smuggling ring.

A teenage prostitute escapes from a juvenile prison with a 16-year-old serial killer and both go on a destructive road trip to Mexico in this twist on the “Hansel and Gretel” fairy tale. Matthew Bright (1999)

Brazilian horror. Four YouTubers with expertise in supernatural events are seeking recognition from the audience whilst solving the urban legend of the Bathroom Blonde Case. The spirit that haunts the schools’ bathroom in Brazil. Fabrício Bittar (2018)

After destroying a giant asteroid heading towards Earth, a group of scientists unknowingly bring back a strange green substance that soon mutates into a monster.

All these years later still a popular seller!

Rivalries, dark secrets, and sexual tension emerge when three best friends find themselves stranded on a yacht in the middle of the ocean desperate for survival. Rob Grant (2019)

80s horror comedy classic, a divorced novelist inherits an old mansion, where he decides to write his next book. Unfortunately, the house’s malevolent supernatural residents have other ideas… Steve Miner (1985)

In 15th century France, a gypsy girl is framed for murder by the infatuated Chief Justice, and only the deformed bellringer of Notre Dame Cathedral can save her. Charles Laughton, Maureen O’Hara, Cedric Hardwicke, William Dieterle, 1939.

A haunted man, attending a dinner party at the house he once called home, becomes gripped with paranoia that his ex-wife and her new husband are harbouring an insidious agenda. Karyn Kusama (2015)

In this Carrie “inspired” horror a rural girl uses her psychic control over snakes to get revenge on the snotty girls who bullied her. Lisa Pelikan, Bert Convy, Nina Foch, John Gavin, Jeff Corey, 1978.

One of the best from 2019 finally returns to the shop!

A mysterious mirror is found hidden in a church orphanage, yet few realize its legacy of evil. When an innocent teen discovers that she is being stalked by her evil stepsister, the mirror’s demonic power is again unleashed. Jimmy Lifton (1994)

A zombie kept in hiding by his niece and nephew suddenly becomes famous when the world discovers he can talk and reason as though he were alive. John A. Russo (2016)

A young man set up as the fall guy in a string of brutal slasher murders decides he’ll hide by sneaking into the forbidden subterranean realm of Midian where shape-shifting beings – The Nightbreed – dwell. Craig Sheffer, David Cronenberg, Clive Barker.

Prehistoric man Tumak is banished from his savage tribe and meets pretty Loana who belongs to a gentler coastal tribe but he must fight caveman Payto to win her favors.

With the impending Y2K apocalypse fast approaching, Abbie is faced with the ultimate challenge – the unbeatable level 256 on Pac-Man – and he can’t get off the couch until he conquers it. A survival story set in a living room. Joel Potrykus (2018)

A steamy, raunchy, horror/comedy, in the style of a classic, campy, strait to video, 1980s horror movie. The film tells the story of a three hundred year old, Hungarian vampire/succubus disguised as a female high school teacher. The teacher seduces all of her small-minded popular students, and then possesses them to kidnap all the school sluts with the intention of draining and drinking their blood, in order to retain her erotic beauty. The only people that can stop her rain of terror are three social outcasts, and a psychotic janitor. “Sadistic Eroticism” is full of hilarious, politically incorrect, and edgy humor, as well as steamy sex and slap stick violence.

Documentary examines the infamous homoerotic subtext and the special place Nightmare on Elm Street 2 holds in the Nightmare franchise as well as the gay film canon. Roman Chimienti (2019)

A student, possessed by the spirit of a cannibal-ghost buried beneath Alcatraz, released from his grave by a dead rock star. In order to exorcise the spirit from his dreams, he & his most foolhardy friends head for Alcatraz in the night. Toni Basil, 1988

Subversive cult classic horror-comedy about a toxic booze that melts anyone who drinks it! J. Michael Muro, 1987.

A maniac is killing strippers and it is up to one hot undercover cop to stop him. Kay Lenz, Greg Evigan, Norman Fell, 1987.

Can”t keep a good classic away from the shop for long.

The small town of Haven becomes a hot-bed of inventions all run by a strange green power device. The whole town is digging something up in the woods, and only an alcoholic poet can discover the secret of the Tommyknockers.

A marathon of madness featuring 268 of the best and rarest TV spots for some of the greatest and most obscure 70s theatrical horror and exploitation films and beyond! Over three hours of demented delirium that will leave you traumatized!

In my top 3 favourite sex comdies from the 80s!

Blu-Ray release of the cult Hammer film about a roaming circus of vampires in the 19th century. Robert Young, 1972.

Hyperviolent Korean film about an orphaned girl who comes of age with unusual powers which she puts to bone-crunching, blood-spurting use. Kim Da-Mi, Hoon-jung Park. 2018.

And ofcourse there are still copies of the LAST VIDEOSTORE COLLECTION left at the shop. Just a few.

And don’t forget tickets for the screening of Return Of The Living Dead at the METRO CINEMA are also being sold at the shop. 13 each or 2 for 25 bones. Till next time please be kind and rewind. Cheers!

Hey guys, it's another glorious week at the videostore and sometimes the new stuff that comes in isn't really new but much...

Another week is upon us guys and the videostore must and will continue the good fight to keep cinema interesting for you...

First Week Of November And Some Titles Hit The Shop!

We all survived Halloween but as we all know the videostore will always keep bringing in the fine treats, new and old,...