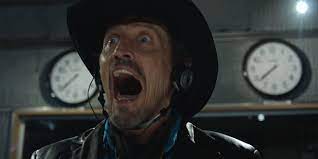 Hey guys, thie videostore keeps on trucking as the summer rolls on and this week is filling in the blanks on the shelf. Lots of best selling titles return to the shop so let’s take a look shall we…

a wealthy African-American man who is mistaken for a burglar simply because he is black. In order to save face, the local cop hires a white trash thief to kidnap the man. Samuel L. Jackson, Nicolas Cage, Dabney Coleman.

A former beach boy and his wife learn how times have changed when they return to their old California haunts, including the beach where they met 25 years ago.

BACK IN STOCK! Sexually provocative film based on the true story of a 17th-century nun who was chastised for her religious visions and lesbian affairs. Virginie Efira, Charlotte Rampling, Daphne Patakia, Paul Verhoeven, 2021.

BACK IN STOCK! Two cannibalistic brothers kill various young women to use their flesh as part of a new special dish at their run-down restaurant, while also committing blood sacrifices to awaken a dormant Egyptian goddess.

BACK IN STOCK! Dynamite fishing in a rural swamp revives a prehistoric gill monster that must have the blood of human females in order to survive.

Brian Piccolo (James Caan) and Gale Sayers (Billy Dee Williams) are teammates on the mid-1960s Chicago Bears. At a time when professional football still bears a certain amount of race-based segregation, the growing friendship between the white Piccolo and the black Sayers, as well as their wives, Joy (Shelley Fabares) and Linda (Judy Pace), becomes a symbol of harmony during the civil rights era. That bond grows stronger still when Piccolo receives some shattering and unexpected news.

BACK IN STOCK! Italian horror, an old Gothic cathedral built over a mass grave develops strange powers which trap a number of people inside with ghosts from a 12th Century massacre seeking to resurrect an ancient demon. Michele Soavi (1989)

When the U.S. learns the Soviets are about to launch a manned mission to the moon, they feel it imperative that they get there first. The moon programme isn’t ready to launch yet so they decide to send one man in a modified Gemini capsule.

Starring Christopher Lee and Peter Cushing, Johnny raises Count Dracula from the dead in London in 1972. The Count goes after the descendants of Van Helsing. Alan Gibson (1972)

A beautiful young woman with unusually big thumbs, Sissy Hankshaw (Uma Thurman) decides, fittingly enough, to become a hitchhiker. After finding work as a model for feminine products, Sissy goes to shoot an ad at the Rubber Rose, a ranch owned by the Countess (John Hurt), the company’s flamboyant cross-dressing head. While at the ranch, Sissy meets numerous other eccentric characters, including an outgoing and rebellious cowgirl named Bonanza Jellybean (Rain Phoenix).

An actor limited to stereotypical roles because of his ethnicity, dreams of making it big as a highly respected performer. As he makes his rounds, the film takes a satiric look at African American actors in Hollywood. Robert Townsend, 1987.

Wax sculptor Henry (Vincent Price) is horrified to learn that his business partner, Matthew (Roy Roberts), plans on torching their wax museum to collect on the insurance policy. Henry miraculously survives a fiery confrontation with Matthew and re-emerges some years hence with a museum of his own. But when the appearance of Henry’s new wax sculptures occurs at the same time that a number of corpses vanish from the city morgue, art student Sue Allen (Phyllis Kirk) begins suspecting wrongdoing.

British black comedy starring Alec Guinness as a would-be criminal mastermind attempting to pull off a train heist that requires the use of a house owned by a genial elderly woman. Peter Sellers. 1955.

BACK IN STOCK! Picking up where Pan’s Labyrinth left off, this bloody and breathtaking epic follows a “sad” circus clown who falls for the beautiful acrobat wife of his sociopathic abuser, the “happy” clown. Álex de la Iglesia, 2010.

BACK IN STOCK! Underrated (though not terribly original) horror from the early 80’s about a psychopath who slaughters the inhabitants of a youth camp. Joe Giannone, 1982.

BACK IN STOCK! Two New York policemen (Tom Atkins, Bruce Campbell) and a policewoman (Laurene Landon) search for a killer in uniform who should be dead.

BACK IN STOCK! Cult homage to the Universal monster matinees of the 1940s. Duncan Regehr, Tom Noonan, Fred Dekker, 1987.

Prince Amleth is on the verge of becoming a man when his father is brutally murdered by his uncle, who kidnaps the boy’s mother. Two decades later, Amleth is now a Viking who raids Slavic villages. He soon meets a seeress who reminds him of his vow — save his mother, kill his uncle, avenge his father.

Louis Stevens’ (Mark Dacascos) service as a member of an elite military unit kept him out of the country for several years. Now that he’s back home in Florida, he’s dismayed at what’s become of his old high school. He sees that drug dealers, dispatched by local overlord Silverio (Paco Christian Prieto), sell on school grounds with little fear of getting caught. A skilled martial artist, Louis is determined to end the drug peddling, but to do so he’ll probably have to duke it out with Silverio.

BACK IN STOCK! A crook on the run cons his way into a dinner party whose host is anything but ordinary.

BACK IN STOCK! When disc jockey Grant Mazzy (Stephen McHattie) reports to his basement radio station in the Canadian town of Pontypool, he thinks it’s just another day at work. But when he hears reports of a virus that turns people into zombies, Mazzy barricades himself in the radio booth and tries to figure out a way to warn his listeners about the virus and its unlikely mode of transmission: the English language.

BACK IN STOCK! Based on the popular Marvel comic book, this film begins with Frank Castle (Dolph Lundgren) as a respected police officer dedicated to eradicating the Mafia’s influence — that is, until the mob responds with a lethal car bomb that decimates Castle’s family. Now, filled with rage and presumed dead from the horrific explosion, Castle takes to the city’s underground sewer tunnels to bring his own brutal brand of vigilante justice to the streets and wreak vengeance on those who killed his family.

BACK IN STOCK! The HERBERT WEST Trilogy!

A pair of freewheeling bikers takes on an unscrupulous land developer to protect their friend’s wetlands property.

BACK IN STOCK! An ingeniously engineered slash of thoroughly modern horror, arguably the most important film of the Canadian Tax Shelter era, which charts a social breakdown by tearing through our most intrinsic taboos. David Cronenberg, 1975.

An alien invasion starts just outside a small Inuit community in the Arctic and humanity’s first line of defence proves to be a group of Inuit girls armed with nothing but their wits & a bunch of traditional hunting and fishing tools. Nyla Innuksuk, 2022.

BACK IN STOCK! After being institutionalized in a mental hospital, Korean teen Su-mi (Yum Jung-ah) reunites with her beloved sister, Su-yeon (Im Soo-jung), and they return to live at their country home. The girls’ widower father (Moon Geun-young) has remarried, and the siblings are immediately resentful of his new wife, Eun-joo (Kim Kap-soo). As Su-mi and Su-yeon try to resume their regular lives, strange events plague the house, leading to surprising revelations and a shocking conclusion.

BACK IN STOCK! Paranormal researchers investigate strange events in a neighbourhood in Buenos Aires.

Ex-crook Jimmy “The Saint” Tosnia (Andy Garcia) is trying his best to go legitimate until he’s dragged back into the world of crime for one last, seemingly simple mission. All Jimmy and his eccentric cronies have to do is intimidate their target. But they make a disastrous series of mistakes that result in the death of a woman connected to a powerful gangster. Before long, Mr. Shhh (Steve Buscemi), a notorious assassin who never slips up, is sent to take down Jimmy and his partners.

Starring Kathleen Turner, a female PI babysitting for a boyfriend gets stuck with his daughter and the case of her murdered father. Jeff Kanew (1991)

In this animated film, the future is bleak for the world’s remaining humans, who inhabit a vast wasteland and spend the majority of their time trying to outrun vicious vampires and other demonic beings. A supernaturally skilled swordsman known simply as D (Kaneto Shiozawa), who is part vampire himself, is hired by mortals to track down the villainous Count Magnus Lee (Seizô Katô), who recently attacked a local girl. When D rides into Lee’s lair on his mechanical steed, a bloodbath ensues.

BACK IN STOCK! THE FINAL CUT! A righteous police officer investigates the disappearance of a young girl on an island inhabited by a cult of pagans. Edward Woodward, Christopher Lee, Britt Ekland, Ingrid Pitt.

Despondent after breaking up with his girlfriend, Zia (Patrick Fugit) kills himself and wakes up in a bland purgatory populated by other suicides. He takes a job at Kamikaze Pizza and befriends a Russian rocker named Eugene (Shea Whigham) while trying to make the best of a very dull afterlife. Learning that his ex-girlfriend has also killed herself, Zia embarks on a road trip with Eugene to find her, picking up a feisty hitchhiker (Shannyn Sossamon) along the way.

And there we go guys! Some random stuff hitting the shop. See ya Soon!

More Titles Hitting The Shop This Week As Halloween Approaches….

As the days continue to get cooler and the leaves keep on falling we approach mid October with excitement as genre film...

Bizarre and Interesting Titles Hit The Shop This Week…

Hey guys, we are in mid summer form with sweet physical Media hitting the shop and this week we got quiet the...