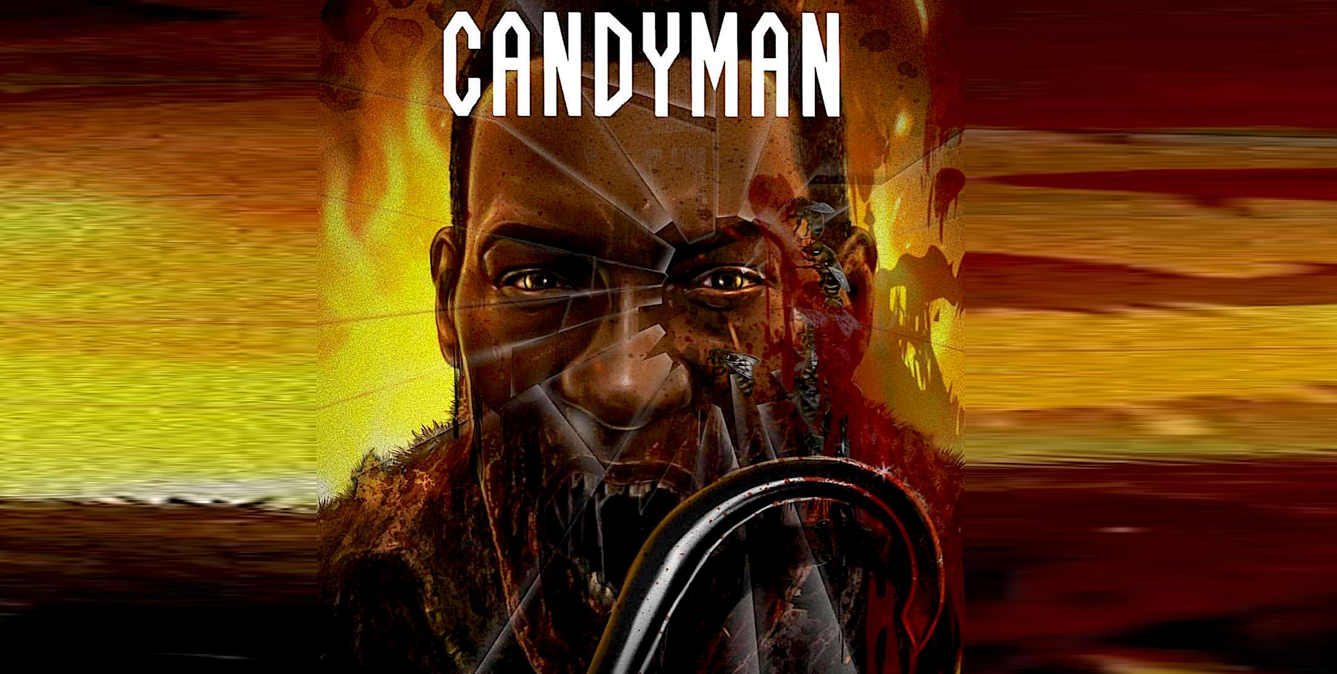 The weather is getting crispy as fall sets in and the good people of BOOM BAP CINEMA and Metro Cinema are giving us a special big screen presentation of one the best early 90s horror films made…BERNARD ROSE’S CANDYMAN.

With the announced remake/ reboot coming next year and it being produced by Jordon Peele there is no better time to remind people the beauty and horror of the 1992 classic. For those that were around back then and into genre films the early 90s were sadly a bleak time for us. Most would say aside from a few films like DEAD ALIVE, CEMETERY MAN, and SILENCE OF THE LAMBS there was nothing worth mentioning coming out. It took until 1996 for Wes Craven’s SCREAM to renew film studios interest in the genre loving world. But during these dark days as a fan another film that happened was this adaption of CLIVE BARKER’s written story. And Candyman gave us a new iconic character played with Shakespearean like acting by TONY TODD. He already was a hard working actor in Hollywood before and could be remembered in films like PLATOON and in the underrated 1990 remake of NIGHT OF THE LIVING DEAD but it would be his portrayal of the tortured and tragic love torn artist Daniel Robitaille that would leave his mark for years to come in the horror movie world. Candyman was not your typical Jason or Freddy villain. He was a character you felt for and could understand. Something new for this kind of film.

Of course you need great actors to tango and star Virginia Madsen as the obsessed Helen Lyle, who will do anything to uncovered the urban legend that is Candyman, carries this story with brilliance and emotionally heavy terror. The fact that Bernard Rose went even so far as to hypnotize her before filming scenes with the Candyman told us she was game for anything to add to this performance.

Another great choice with the film adaption compared to the written story is the location. If location can be an actor then Cabrini Green should win the award for best performance. In the early 90s Cabrini Green was a “rough” area of Chicago to put it mildly. Comparable to the setting of South Central Los Angeles this movie would have been tense and gripping enough without the supernatural element of Candyman but combining them was a brilliant move that even Barker himself was more than happy with.

In the end the success of the film spawned two more sequels which sadly could not live up to the Gothic and terrifying brilliance of the original although the second film, Farewell To Flesh, had it’s moments. Stay away from Part 3. One can only hope the new 2020 film can recaptured the mood and vibe the original has. Taking a the simple Blood Mary legend and turning into Candyman was a stroke of genius. It continued to remind us of the great work of Clive Barker, displayed Bernard Rose as a solid director, and made Tony Todd a household name to us all.

So on THURSDAY, OCT. 24th join my friend Ramneek as his BOOM BAP CINEMA gives us this legend back to the big screen one more time. At 7pm when the theatre goes dark and the film begins hang on to your drink, hold the popcorn tight, and prepare “To Be His Victim”.

From 6:30 to 7pm in the lobby of the Metro Cinema DJ PIYUSH will be playing a set of music that is strictly horror inspired. So come early, grab a beer, listen to some jams, and remember…”Sweets For The Sweet”.

Many memories from the 80s and 90s through my VCR still stand out in my younger years and KID and PLAY's HOUSE...

March Starts With A Crazy Samurai At The Videostore…

Another month is upon us which means a whole bunch of new and old cinema will come crashing into the videostore. This...