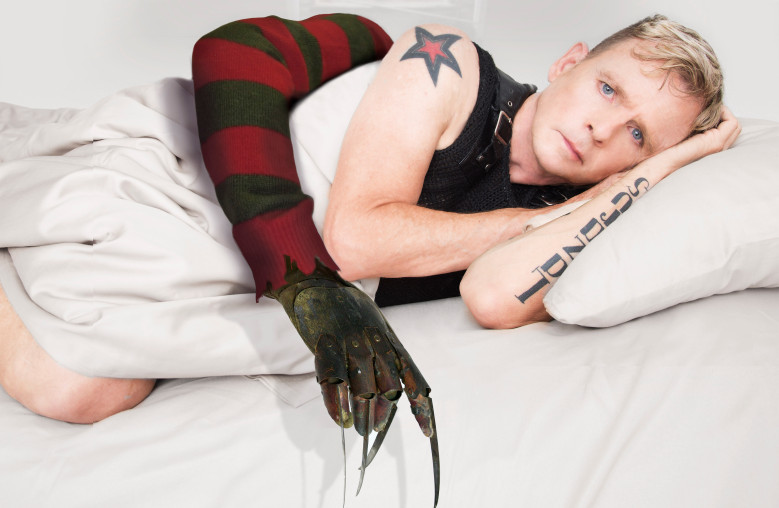 Back In Stock! Gory German suspense about a small-town cop who goes to the big city to interrogate a notorious serial killer. Christian Alvart, 2005.

A scientist finds himself embroiled in a psychedelic tale of government skullduggery, satanic killings, zodiacal mayhem and messianic horror as he battles against a suicidal devil cult. James Glickenhaus (1975)

Spanish/Japanese horror. 16th Century, the lycanthrope Waldemar Daninsky goes from his native Europe to Japan, seeking a way to cure himself of being a werewolf. Paul Naschy (1983)

A subversive tale that interlaces five stories set in Los Angeles, where no taboo is left unexplored as each character careens toward a dark and often comic fate.

Back in Stock!
An exceedingly dark comedy about a pair of old friends whose chance reunion at an inner-city dive bar leads to an encounter with a wealthy couple who tempt the pals to participate in a lucrative game of one-upmanship that quickly runs off the rails. 2013.

Back in Stock! It’s the closing night at the last drive-in theatre in America, and manager, Cecil Kaufman’s planned to show 4 movies; films so rare, they’ve never been exhibited publicly on American soil, until tonight.

Back In Stock! The Complete collection with everyone’s favourite Gill-Man!

An aspiring author is torn between love for her childhood friend and the temptation of a mysterious outsider. Guillermo del Toro (2015)

Back In Stock! A Houston vice cop who’s forgotten the rule book hunts down an evil alien criminal who is addicted to human endorphins. Dolph Lundgren, Brian Benben, Betsy Brantley, 1990.

Back In Stock! TRAILER REELS!

A woman is kidnapped and finds herself an unwilling participant in a deadly game where women are hunted by masked men. Tony D’Aquino (2019)

Back In Stock! The underrated Sam Raimi directed thriller with a star studded cast including a seriously greasy and disturbing Keanu Reeves.

] Don Koch tries to renovate a rundown mansion with a sordid history for his growing family, only to learn that the house has other plans. Travis Stevens (2019)

In this Blaxploitation classic, a dock worker becomes a prizefighter, but gets mixed up with a crooked manager. Fred Williamson, Bernie Hamilton, Vonetta McGee, 1972.

Larry Abbot, speaker in the radio horror shows of Manhattan Mystery Theater, wants to marry. For the marriage, he takes his fiancée home to the castle where he grew up, among his eccentric relatives. His uncle decides that he needs to be cured from a neurotic speech defect and exaggerated bursts of fear. He gives him shock therapy with palace ghosts.

Back In Stock! Ralph Bakshi’s grim and darkly comic animated film about a troubled artist and his bartender turned prostitute friend as they travel through a surreal city. 1973.

Back In Stock. AKA House III. Bitter cop Lance Henriksen goes to watch the execution of the serial killer he captured only to witness the serial killer come back as a murderous ghost who kills anyone who gets in the path of revenge. Brion James, Dedee Pfeiffer, Lawrence Tierney.

Back In Stock! It’s a house….with a shark in it. Nuff Said!

A small time crook flees to Mexico to evade the authorities, loan sharks and his murderous ex-partner with only his fiancé and a trusted Colt .45.

Possibly trashy exploitation at it’s worst but I figured I would bring a copy in regardless.

Back In Stock! A decades-old folk tale surrounding a deranged murderer killing those who celebrate Valentine’s Day turns out to be true to legend when a group defies the killer’s order and people start turning up dead. George Mihalka (1981)

A girl finds herself on Sesame Street. After meeting a red puppet named elmo she embarks on a heart-wrenching journey exploring themes of family, depression and what it means to be human.

Back In Stock! Three young women go out partying one night and find themselves Frankensteined together in one body. Now they must put aside their differences so they can find who did this and exact revenge! Tyler MacIntyre (2015)

A teenage boy and his father move to his recently-deceased mother’s hometown, where they encounter the ancient Native American cemetery with the power to raise the dead. Edward Furlong, Anthony Edwards, Clancy Brown, 1992.

Back in Stock! A suburban housewife’s world falls apart when she finds that her pornographer husband is serially unfaithful to her, her daughter is pregnant, and her son is suspected of being the foot-fetishist who’s been breaking local women’s feet. John Waters (1981)

Back In Stock! A horror movie marathon in an abandoned theatre decides to screen a bizarre short whose creator killed his family and set the theater on fire after its first showing. That’s when the murder begins. Mark Herrier (1991)

When a nuclear device causes an electromagnetic pulse that kills power to more than 200 million people, a teenage girl must help lead her family to survival in a dark new world. Ben McPherson (2019)

Back In Stock! Finnish action fantasy a masked vigilante Rendel seeks for revenge and fights against VALA, the huge criminal organization. Jesse Haaja (2017)

Back In Stock! When two bumbling employees at a medical supply warehouse accidentally release a deadly gas into the air, the vapors cause the dead to rise again as zombies. Clu Gulager, James Karen, Don Calfa, Dan O’Bannon, 1985.

Back In Stock!   After ninjas killed his family, Cho and his son Kane come to America to start a new life. He opens a doll shop but is unwittingly importing heroin in the dolls. When his friend betrays him, Cho must prepare for the ultimate battle.

Back In Stock! Documentary brings Hollywood’s premier composers together to give viewers a privileged look inside the musical challenges and creative secrecy of the world’s most widely known music genre: the film score. Matt Schrader (2016)

Documentary examines the infamous homoerotic subtext and the special place Nightmare on Elm Street 2 holds in the Nightmare franchise as well as the gay film canon. Roman Chimienti (2019)

Back In Stock! The Scream Factory edition of Wes Craven’s faantastic and sadly underrated 1987 flick.

Three intersecting stories, A beautiful Japanese madam and her ladies. A deranged, drug-addled Tokyo gangster and his crew. A sadistic serial killer on the loose. Adam Sherman (2019)

More forgotten Sam Raimi cinema with  this 1998 gem. When three blue collar acquaintances come across millions of dollars in lost cash they make a plan to keep their find from the authorities but find complications and mistrust weaving its way into their plan.

Danish comedy. Two Danish BFFs have lost interest in their wives and consider divorce, but end up getting drunk and hiring a Russian hitman online instead. Unfortunately, their wives get to know the Russian as well. Ole Bornedal (2017)

A young violinist unravels her long lost father’s past, triggering dark forces that reach beyond her imagination. Andrew Desmond (2018)

Back In Stock! A detective pursues a sadist specializing in body modification rituals who lures teenagers through the internet.

Back In Stock! A mentally unstable veteran works as a nighttime taxi driver in New York City, where the perceived decadence and sleaze fuels his urge for violent action by attempting to liberate a presidential campaign worker and an underage prostitute.

The first film by the legendary Hideo Gosha is among the most canonized chambara (sword-fighting) films. Tetsuro Tamba, 1964.

And a handful of other random titles…

So there we have it my friends. This week’s batch of goodies. Hope to see you swing on by the local videostore soon enough. Cheers!

Well, it was a fine night of food, whiskey, couch, and watching a pair of flicks with my cats from the old...

Another week is upon us guys and the videostore must and will continue the good fight to keep cinema interesting for you...