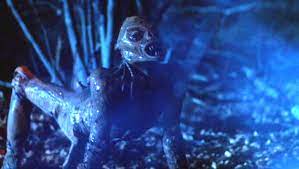 Another week of cinema comes in the shop dear friends. Before I go any further I’m only recieving a few copies of ALLIGATOR this week. The rest will arrive next week I believe. So if you miss out this week do not panic, more will be coming since I know it will high in demand. Anyways, let’s take a look what else is coming in…

Forgotten Spanish underground horror film that is equal parts strange and inscrutable – a B-movie director & goblin like drug addict who attempts to film his addled consciousness get lost in their shared addiction to cinema. Iván Zulueta, 1979.

DOUBLE FEATURE!
BLASTING BULLETS: Lito Lapid plays a young man who decides to avenge his murdered parents by single-handedly obliterating the men responsible and anyone who works for them. Along the way he saves a pretty young woman and she joins him on his roaring rampage of revenge. From 1985
SOLDIER OF FORTUNE: A mercenary is hired to take a professor out to a desolate area where a Russian MIG has crash-landed in order for the professor to check out the plane so they can take it away. From 1990

Easy Action, a glam rock band, goes to the mountains to record the video of a new song. But many dangers are lurking, including an avalanche and the encounter with strange things.

In the post-apocalyptic California of 2017, Sam Treadwell (David Andrews) manages a recycling plant. His companion is Cherry 2000 (Pamela Gidley), a lifelike robot who caters to his every need. When Cherry expires, Treadwell refuses to settle for a newer, less attractive robot. Salvaging the chip containing her personality, he hires tracker E. Johnson (Melanie Griffith) to lead him through the lawless desert zone, where a replacement Cherry 2000 model can be found.

In 1917, nine British soldiers find themselves lost in enemy territory on the Western Front. They take refuge in a corpse-filled, rat-infested enemy trench where they wait for rescue. As night falls, however, the men sense that they are not alone – and soon they begin to die one by one.

A Peter Fonda 70’s fast car double feature! In Dirty Mary Crazy Larry, Fonda is on the run in a car so fast not even a helicopter can catch them! Race with the Devil, features a couple terrorized by Satanists and Satan himself!

A college senior and his housemates try their best to resist the responsibility that their graduation represents.

The crew of ghost hunting TV show hole up in an abandoned psychiatric hospital hoping to catch some spooks on camera – a scenario that can only ever end badly, and it does.

Horror comedy from the director of Tetsuo the Iron Man about an archaeologist who uncovers a gateway to Hell under a small town school and goblin who is on a murder spree. Shin’ya Tsukamoto, 1991.

Great double feature back in stock!

Third film in the Italian 80s sword & sandal series featuring muscle man Miles O’Keeffe as the hero Ator. In this one he battles and evil witch a masked warrior who is likely his brother. Alfonso Brescia, 1987.

Stylish Euro-sleaze about a narcissistic, professional philanthropist who is secretly a misogynist who abducts women and subjects them to a nightmarish cat-and-mouse game. Philippe Leroy, Dagmar Lassander, Piero Schivazappa, 1969.

A teacher in a school for the deaf, has a hideously deformed and deranged twin sister that resides in the local looney bin. She escapes to gate-crash her surprise birthday party. Ovidio G. Assonitis (1981)

After his students are killed by the One Armed Boxer, a vengeful and blind Kung Fu expert travels to a village where a martial arts contest is being held and vows to behead every one armed man he comes across.

An excellent & unabashedly Canadian slasher set in a Maritime coal town cursed with a decades-old folk tale about a deranged murderer killing those who celebrate Valentine’s Day. The folk tale turns out to be true! George Mihalka, 1981.

High school friends Pee Wee (Dan Monahan), Tommy (Wyatt Knight), Billy (Mark Herrier) and Mickey (Roger Wilson) want to lose their virginity. But when they’re kicked out of a strip club after the owner, Porky (Chuck Mitchell), takes their money, they plot revenge. While they try to get back at him, they deal with other teen troubles, including Pee Wee’s worries that his “equipment” is shrinking, their sexually opinionated gym teacher (Kim Cattrall) and a spy hole in the girl’s locker room.

Satan has a farmhouse showdown with the righteous lead singer (Jon-Miki Thor) of a heavy-metal band.

A team of scientists searches for the elusive legend in the Pacific Northwest and finds more than each expected.

Mankind’s earliest settlers on the Martian frontier do what they must to survive the cosmic elements and each other. Sofia Boutella, Jonny Lee Miller, Wyatt Rockefeller, 2021.

At a school in the sky where teens learn how to be superheroes, Will Stronghold (Michael Angarano) lands in a class for students who show special promise. Classmate Gwen (Mary Elizabeth Winstead) quickly cozies up to Will, but it’s soon clear that she has other motives. When he learns that Gwen’s mother is a villain who was defeated by his father, Steve Stronghold (Kurt Russell), Will realizes that Gwen is aiming for revenge, and he rushes to a school dance in the hope of stopping her.

BACK IN STOCK! Thirsty for a following, Kurt Kunkle is a rideshare driver / Youtuber who has figured out a deadly plan to go viral. Joe Keery, Sasheer Zamata, David Arquette, Eugene Kotlyarenko, 2020.

Salesman Roy Knable (John Ritter) spends all his free time watching television, to the exasperation of his wife, Helen (Pam Dawber). One day, TV salesman Spike (Jeffrey Jones) convinces Roy to buy a satellite dish offering 666 channels. The new addition to Roy’s home entertainment system sucks him and Helen into Hellvision, a realm run by Spike, who is an emissary of Satan. For 24 hours, the couple must survive devilish parodies of TV programs if they want to return to reality alive.

BACK IN STOCK! After a clown is killed in a party mishap, he comes back from the dead to seek revenge on the people responsible.

Brooklyn plumbers Mario and Luigi get the shock of their lives when they discover a parallel world populated by the intelligent descendants of dinosaurs. It seems they weren’t destroyed by a meteor millions of years ago but hurled into another dimension and, now, they have plans to rule our world. It’s up to our unlikely heroes to battle the evil King Koopa and his Goomba guards, free the beautiful Princess Daisy and save mankind in this adventure of a lifetime.

Criterion DVD of the cult classic Cronenberg flick back in stock!

A flashy pimp wants to be number one, but with the police, the D.A., fellow pimps and a tough-talking social worker on his tail, can a man as arrogant and amoral as Willie D avoid a downfall? Gilbert Moses (1974)

BACK IN STOCK! Korean horror mystery where a stranger arrives in a little village and soon after a mysterious sickness starts spreading. A policeman is drawn into the incident and is forced to solve the mystery in order to save his daughter. Hong-jin Na (2016)

A man who was abducted by aliens returns to his family three years later, but his presence affects them negatively. Harry Bromley Davenport (1982)

And there we go guys. A few gems here and there coming to the shop this week. Hope to see you swing by the old videostore down the road and we’ll talk the good nerd talk. Cheers!

Beware Of The Bull Shark This Week At The Videostore…

Well it's another week of movie silliness and as always the videostore has some random goodness coming your way so let's take...

November Begins With Nic Cage At His Best…

Well Novemeber is here and a new month of cinema will come to the shop. On a personal level this has been...