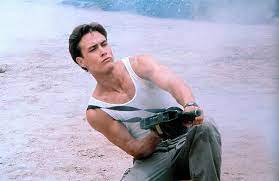 Hey guys…happy new movie list day! Lots of cool stuff hitting the shop including one of the videostore’s personal favourites…the 1984 comedy gem TOP SECRET which finally gets a Blu Ray release! Val Kilmer was great in this flick and for those have missed it all these years or simply were too young ti know about it I recommend it…big time. Now let’s see what else we got coming in shall we?

Back in Stock! The triple pack that gives you Seagal at his best!

ANOTHER YOU: After years in a mental institution, George (Gene Wilder) is finally released and tries to adapt to life outside of the hospital’s walls. Things quickly become eventful for George, however, when he is mistaken for Abe Fielding (also Wilder), a wealthy man who recently vanished. When the shifty Eddie Dash (Richard Pryor) realizes the situation, he decides to seize the opportunity and have George pose as Fielding, resulting in plenty of odd and awkward moments.

SEE NO EVIL HEAR NO EVIL: Wally Karue (Richard Pryor) is a blind man looking for a job. Dave Lyons (Gene Wilder) is a deaf man who runs a newsstand. When Dave hires Wally, he never imagines they’ll have to work together to survive. After a murder occurs at their newsstand, they figure out who the killer is with their collective senses — but the investigating detective (Alan North) pegs them as the main suspects. When the real killer (Joan Severance) returns to cover her tracks, the two must really cooperate to live.

AMERICAN NINJA 2: American Ninja returns to investigate the disappearance of several marines which leads him to a super-criminal who has kidnapped a local scientist and mass-produced an army of mutant Ninjas. Michael Dudikoff, Steve James, Larry Poindexter, Sam Firstenberg

Louise (Carrie Snodgress), a spinster who was once abandoned at the altar, lives a lonely life with her abusive father, Wendell (Ray Milland), who’s wheelchair-bound because of a fire she caused. After she’s sacked from her job as a librarian, Louise must then spend all of her time waiting on Wendell. Eventually, she sinks deeper and deeper into a deranged imaginary life that includes extravagant vacations and the death of her father. The latter fantasy becomes especially appealing to her.

Failed music hall performer Jack James (Mark Jones) inherits a brothel when his ancient Aunt dies. He takes over the running of the business and falls in love with its star attraction, beautiful prostitute Virginia (Sue Longhurst).

Sequel to the cult animated horror! A former soldier hunts for a cure before he succumbs and becomes another zombie in the zombie infested post apocalyptic landscape of the City of Rott. Frank Sudol, 2014.

A violent conflict erupts between cave-dwelling tribes when twin brothers fight for chieftainship and the affections of a beautiful woman.

Hans Wagner lives in a small apartment, taking pills and drinking whiskey to fight his anxiety disorders. When he runs out of both his drugs one day, he has no choice but travel to the supermarket sober. An unexpected adventure begins .

A troubled college freshman suffers a violent family trauma. He resurrects his charismatic childhood imaginary friend Daniel to help him cope, not realizing how dangerous Daniel is. Adam Egypt Mortimer (2019)

The long-awaited sequel to the 1981 cult-movie that spawned the whole scarecrow genre! J.D. Feigelson, 2022.

Iconic Italian horror, after witnessing the murder of a famous psychic, a musician teams up with a feisty reporter to find the killer while evading attempts on their lives by the unseen assailant bent on keeping a dark secret buried. Dario Argento (1975)

One-of-a-kind, Emmy-nominated documentary about the story of the parents of a pair of young men who shoot themselves and then take Judas Priest to court claiming they had mesmerized their sons. 1992.

This psychedelic tour of life after death is seen entirely from the point of view of Oscar (Nathaniel Brown), a young American drug dealer and addict living in Tokyo with his prostitute sister, Linda (Paz de la Huerta). When Oscar is killed by police during a bust gone bad, his spirit journeys from the past — where he sees his parents before their deaths — to the present — where he witnesses his own autopsy — and then to the future, where he looks out for his sister from beyond the grave.

A crime novelist whose research on Victorian serial killers has turned him into a paranoid wreck must confront his worst fears when a film executive takes a sudden interest in his movie script. Simon Pegg, Paul Freeman, Amara Karan, 2012.

A New York detective who likes pizza keeps an eye on a hoodlum hired to kidnap an heiress.

In this true story from 1890’s Africa, white railroad engineer and a white hunter track down man-eating lions and face down the spiritual challenges of being a colonial citizen in Africa. Michael Douglas, Val Kilmer, Tom Wilkinson, Stephen Hopkins, 1996.

Brazilian horror. Four YouTubers with expertise in supernatural events are seeking recognition from the audience whilst solving the urban legend of the Bathroom Blonde Case. The spirit that haunts the schools’ bathroom in Brazil. Fabrício Bittar (2018)

Michael is on his way back to Haddonfield! NEW 2021 4K Scan Of The Original Camera Negative!

A film geek is driven by horrific nightmares to seek out a copy of a notorious, supposedly-real snuff film. When his obsession leads him to an abandoned house in the woods where the video was actually shot, he is haunted by masked demons.

A crew of interplanetary archaeologists is threatened when an alien creature impregnates one of their members, causing her to turn homicidal and murder them one by one. Norman J. Warren (1981)

A woman’s (Monica Bellucci) lover (Vincent Cassel) and her former boyfriend (Albert Dupontel) take justice into their own hands after she becomes the victim of a rapist.

Dr Otto grows a hand out of his head as he conjures a plan to take over the world. Lance Sterling attempts to capture the mad scientist, who continuously evades capture with his appearance-altering device.

Underrated (though not terribly original) horror from the early 80’s about a psychopath who slaughters the inhabitants of a youth camp. Joe Giannone, 1982.

A safari guide (Cornel Wilde) cautions the hunting party he is leading to respect the African natives they encounter. Instead of heeding this advice, one of the party actively insults the tribe, which captures and kills the entire group. Only the guide is spared. But he is stripped of his clothing, and given a head start before the warriors give chase. Using his knowledge of the land and resourcefulness, the guide must make his way back to the closest British fort.

COLOSSUS: FROBIN PROJECT: Tucked away in a secret location in the Rockies, Dr. Charles Forbin (Eric Braeden) has developed a massive computer system, dubbed “Colossus,” that is supposed to ensure the nation’s safety against nuclear attack. But when Colossus connects to a similar Russian computer, “Guardian,” the intelligent machines begin conducting a private dialog. Nervous as to what they might be plotting, Forbin severs the connection, only to have Colossus threaten a nuclear attack if the link isn’t restored.

JOURNEY TO THE FAR SIDE OF THE SUN: Two astronauts unravel more than a mystery when they set out to explore a newly discovered planet hidden; there are two weeks left before two planets collide, but Russia and the USA refuse to co-operate.

The Splatter Fu Best Seller Returns To The Shop!

IMPORT EDITION OF ROBOTRIX! A scientist sets out to transfer a dead policewoman’s memories into a robot body in response to a mad scientist who commits atrocious crimes as a wicked robot.

THIS COVER IS EVERYTHING! A former Secret Service agent (Jerry Trimble) handles a terrorist situation inside a chemical-weapons facility.

Popular and dashing American singer Nick Rivers (Val Kilmer) travels to East Germany to perform in a music festival. When he loses his heart to the gorgeous Hillary Flammond (Lucy Gutteridge), he finds himself caught up in an underground resistance movement. Rivers joins forces with Agent Cedric (Omar Sharif) and Flammond to attempt the rescue of her father, Dr. Paul (Michael Gough), from the Germans, who have captured the scientist in hopes of coercing him into building a new naval mine.

Throughout the 1980s, Black underground filmmaker and martial artist William Lee wrote, produced, directed, and starred in dozens of D.I.Y. action epics — all shot on Super 8 in Ohio and New York City. This collection brings together some of his best!

In Weedwolf, the outrageous residents of small-town Normal, Texas, find their partying ways threatened by a mysterious werewolf who likes to eat stoners.

Deliciously trashy neo noir thriller about a spoiled rich kid, a troubled teen from the wrong side of the tracks, a carefree playboy and a dogged detective who find themselves all caught up in an outrageous sex crime. Neve Campbell, Denise Richards, 1998.

In a zombie-infested Australian wasteland, a soldier has dedicated his life to tracking and capturing survivors for the Surgeon General in hopes of finding a cure. Kiah Roache-Turner, 2021.

And there we go guys! Some beauties coming for sure this week and great way to kick off the long weekend. As always the videostore luvs ya. Cheers!

Another fine week of cinema is upon us good people and headlining this newest batch of flicks is the fantastic documentary SCREAM...

THIS WEEK! Harry Warden returns to the Videostore In A Glorious New Way…

Ahh....Love and lust are in the air St. Valentine Day is coming and for us movie nerds only one movie comes to...