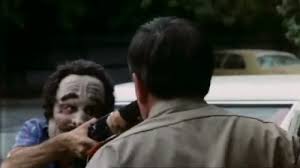 This week among the movies coming into the shop the videostore is excited to see another forgotten Ozsploitation flick getting a well deserved release with 1978’s Money Movers. This gritty crime thriller is worth your attention as the shop continues to bring attention to forgotten gems in the world of cinema. Now let’s take a look and see what else is coming in shall we…

BACK IN STOCK! Tongue-in-cheek horror about a gigantic murderous alligator that lives in the sewers beneath New York City. Written by John Sayles. Robert Forster, Lewis Teague, 1980.

BACK IN STOCK! Trapped In Time. Surrounded By Evil. Low On Gas. Bruce Campbell, Sam Raimi, 1992

Inspired by true events, a dramatization of the homosexual private lives of legends from Monty Clift to Richard Rodgers, told through the eyes of 24 year old “Sid” Lumet. Michael Paré, Tracy Nelson, 2022.

Featuring Patrick McGoohan, a paleontologist and her husband discover a mother and baby brontosaurus in Africa, and try to protect them from a group of hunters intent on capturing the dinosaurs. Bill Norton (1985)

Lane Meyer (John Cusack) is a teen with a peculiar family and a bizarre fixation with his girlfriend, Beth (Amanda Wyss). When Beth dumps Lane, he decides to kill himself, making bumbling attempts at suicide. Outside of his morbid endeavors, Lane spends time with his oddball buddy, Charles (Curtis Armstrong), and befriends Monique (Diane Franklin), a visiting French student. Eventually, Lane resolves to race Beth’s obnoxious new beau on the ski slopes, with unexpected results.

The Blackbird (Lon Chaney) is a bishop by day, but a world-class thief after nightfall. When he develops feelings for a sultry singer named Fifi Lorraine (Renée Adorée), he will stop at nothing to steal a diamond necklace that she covets. Unfortunately for him, West End Bertie (Owen Moore) has the same idea and beats him to the punch, stealing the jewels and the dame’s heart. But The Blackbird won’t give up without a fight — and it threatens to reveal his other persona.

A tragic love triangle story set in ancient Korea between a daughter of a nobleman, her true love a servant and the man who will be King. Cho Yeo-Jeong, Dae-seung Kim, 2012.

Set in an eerie future where developments in medicine & analgesia have made pain a thing of the past, surgery has become the new sex. Viggo Mortensen, Léa Seydoux, Scott Speedman, Kristen Stewart, David Cronenberg, 2022.

The Safdie Brothers’ empathetic and disquieting portrait of parental dysfunction about a father juggling his kids with the rest of his responsibilities and is ultimately faced with the choice of being their father or their friend. Ronald Bronstein, 2009.

BACK IN STOCK! The chilling story of identical twin gynecologists who share the same practice, same apartment and the same women. When a new patient challenges their eerie bond, they descend into a whirlpool of sexual confusion, drugs and madness. Jeremy Irons.

BACK IN STOCK! A struggling painter is possessed by satanic forces after he and his young family move into their dream home in rural Texas, in this creepy haunted-house tale. Sean Byrne (2015)

BACK IN STOCK! The complete Universal Dracula Set!

The Legends collection is a culmination of the first seven (of 777) years of work from EIT! This 3-disk collection is 16 hours of the best of EIT!’s daily videos including many that have been banned from the web!

BACK IN STOCK! The Complete Universal frankenstein Set!

BACK IN STOCK! Maverick writer/director Ralph Bakshi made his feature-length film debut with this audacious foray into adult-content animation, creating one of the most successful animated features of its time! 1972.

A wildly original work of outsider art – a dread-inducing vision of misfit alienation at its unhinged extreme. Ronald Bronstein, 2007.

Once a powerful Hollywood director best known for “Frankenstein” and “The Bride of Frankenstein,” James Whale (Ian McKellen) is long since retired and in increasingly poor health. His stalwart housekeeper, Hanna (Lynn Redgrave), quietly disapproves of Whale’s faceless, nameless parade of young gay lovers, but when the director takes an interest in new gardener Clayton Boone, a former Marine and Korean War veteran, it seems to be for something more than his usual casual conquest.

A toxic waste leak from a power plant and a biological experiment into growth hormones and DNA in crabs combine to produce eight-foot long mutant land crabs. The crabs go on to wreak havoc on a beautiful tropical island paradise.

BACK IN STOCK! Atmospheric horror mockumentary from Australia about the ghost of a woman who mysteriously died. Joel Anderson, 2008.

BACK IN STOCK! Two lighthouse keepers try to maintain their sanity while living on a remote and mysterious New England island in the 1890s.

A high-tech soldier (Barry Bostwick) with a flying motorcycle leads troops to the rescue of a ruler (Persis Khambatta) and her people.

When a company running armoured cars is repeatedly targeted by robbers, drastic measures are taken to tighten security. However, what if the thieves are already on the inside?

Hong Kong Action starring Jackie Chan! A Chinese chef accidentally gets involved with a news reporter who filmed a drug bust that went awry, and is now being chased by gangs who are trying to get the video tape. Sammo Kam-Bo Hung (1997)

Emma (Sally Field), a divorced single mother seeking to start her life over, moves to a small town in Arizona. She builds a relationship with Murphy (James Garner), the older local pharmacist but, due to his age, it remains platonic. Their friendship becomes complicated when Emma’s ex-husband, Bobby Jack (Brian Kerwin), shows up. He claims to have changed his ways, but when he turns out to be the same man Emma divorced, she discovers her true feelings for Murphy.

BACK IN STOCK! That infamous cat and his twisted life are back & plunged headlong into the harsh realities of Vietnam, racial riots and Watergate of the ’70s. Robert Taylor, 1974.

BACK IN STOCK! Starring Jean-Claude Van Damme, a karate school master trained by the ghost of Bruce Lee must confront the Seattle mafia’s undefeated enforcer in a deadly trial by combat over the fate of the city. Directed by action master Corey Yuen (1986)

BACK IN STOCK! Starring Jennifer Connelly and Donald Pleasence, A young girl who can communicate with insects is transferred to an exclusive Swiss boarding school, where her unusual capability might help solve a string of murders. Dario Argento (1985)

Mario Bava’s influential horror-sci fi film about a team of astronauts who begin to turn on each other, swayed by the uncertain influence of the planet and its strange inhabitants. Barry Sullivan, Norma Bengell, Ángel Aranda, 1965.

BACK IN STCOK! A mysterious albino teenager, Jeremy “Powder” Reed (Sean Patrick Flanery), is rescued from the basement in which he’s lived since birth. But the extremely intelligent Reed is not welcomed into the community. Students at his school fear the outsider because of his bizarre ability to harness extrasensory perception and heal the sick. His relationship with a fellow student, Lindsey (Missy Crider), doesn’t help matters either, despite the help of two teachers (Jeff Goldblum, Mary Steenburgen).

BACK IN STOCK! In this French horror, a young woman, studying to be a vet, develops a craving for human flesh. Julia Ducournau, 2016.

BACK IN STOCK! A big Australian pig attacks an old man (Bill Kerr), grabs a baby and kills a newswoman; her husband (Gregory Harrison) investigates.

BACK IN STOCK! Ultra gory inventive Taiwan-set horror in which a virus turns the infected into monsters propelled by their worst instincts. Rob Jabbaz, 2021.

Early British slasher about an ice skating star stalked by a murderous creep who may have killed her parents. Lynne Frederick, Pete Walker, 1976.

BACK IN STOCK! A sweet mother takes a little too much at heart for the defense of her family. Kathleen Turner, Sam Waterston, Ricki Lake, John Waters, 1994.

Disillusioned and exhausted after a decade of battling in the Crusades, a knight encounters Death on a desolate beach and challenges him to a fateful game of chess. Max von Sydow, Ingmar Bergman.

BACK IN STOCK! A California teen’s worst nightmares about his parents come true when he returns home to find a grotesque party in full swing.

A gay summer fling that ends in tragedy in this sexy adaptation of Aidan Chambers’ 1982 YA classic, Dance on My Grave. Félix Lefebvre, Benjamin Voisin, Philippine Velge, François Ozon, 2020.

BACK IN STOCK! A police S.W.A.T. team investigates about a mysterious VHS tape and discovers a sinister cult that has pre-recorded material which uncovers a nightmarish conspiracy. Simon Barrett, Steven Kostanski, Chloe Okuno, 2021.

BACK IN STOCK! Supernatural horror trilogy follows an evil warlock from the 17th to the 20th century who works to unleash Satan. WARLOCK (Steve Miner 1989) WARLOCK: THE ARMAGEDDON (Anthony Hickox 1993) WARLOCK III: THE END OF INNOCENCE (Eric Freiser 1999)

And there we go guys…lots of best sellers return to the shop this week along with a few new titles. Hope something has grabbed your attention and we’ll see you later in the week. Cheers!

There Are Never Enough Movies For The Videostore…

April has arrived and the cinema also keeps arriving at the old videostore as we truck forward in this world doing our...

The Unbearable Weight Of New Movies…

Another week is upon us and we got some fun stuff hitting the shelf. Some classics, some lost gems, some never...

The Month Ends With Color Out Of Space…

As Febuary winds down the movies coming to the videostore will do their best never to let you down so let our...