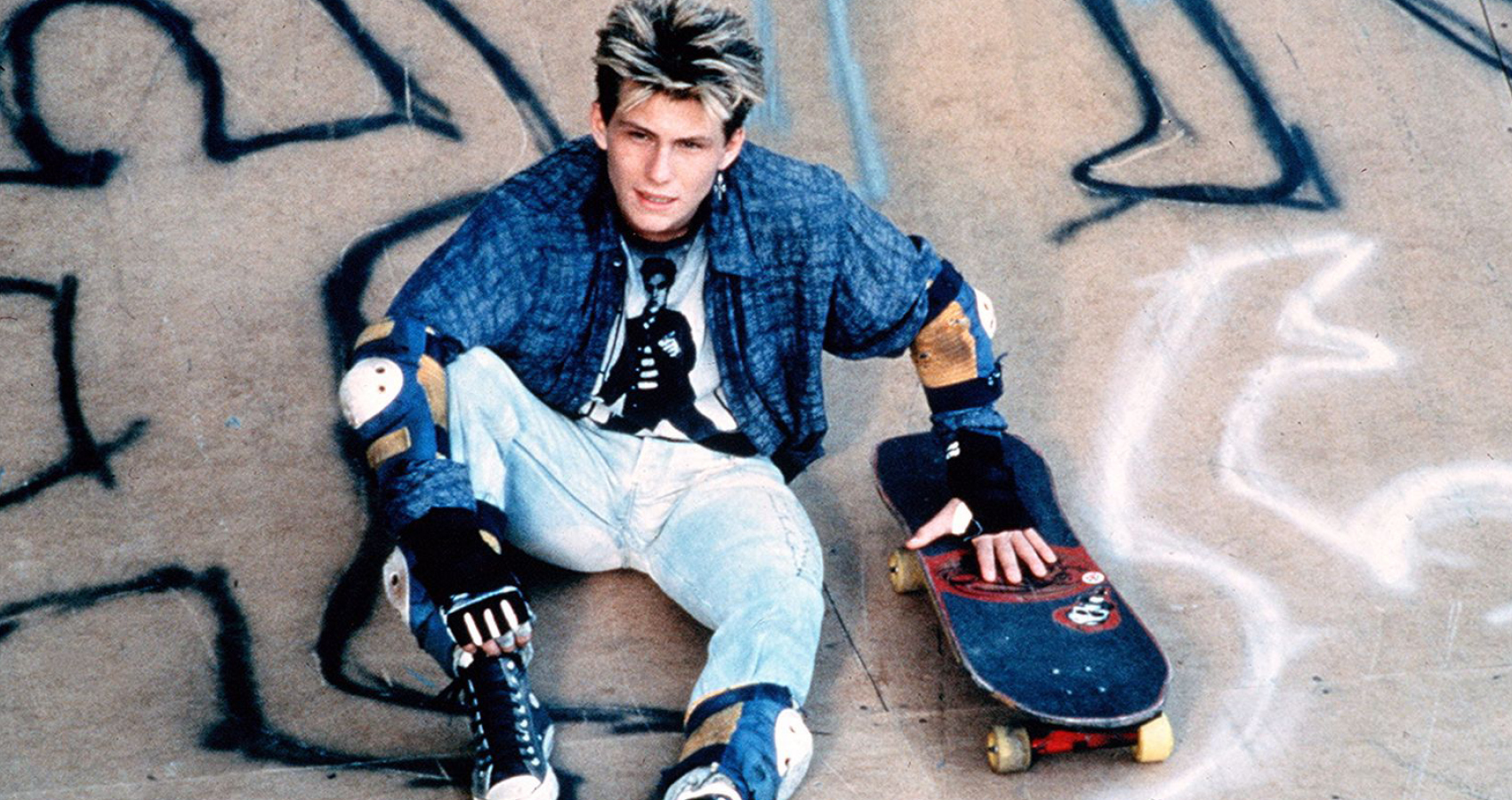 It’s another week of winter in our fair city and the power of old and new cinema continue to do the best they can to entertain us while we stay warm. In this week’s group of flicks the personal highlight for the videostore is finally getting our hands on the 1989 cult classic GLEAMING THE CUBE on DVD thanks to some IMPORT DVDs coming from overseas. Luckily they are REGION FREE so goodbye VHS tape copies. Anyways, let’s see what else is heading our way shall we…

Never saw the popularity of this franchise coming back but week after week the shop keeps selling this 5 movie collection so back in stock again.

When an outbreak hits, a man barricades himself inside his apartment as his complex is overrun by the infected & with the world falling apart into chaos, he is left completely alone to fight for his life. Tyler Posey, Summer Spiro, Donald Sutherland, 2020

An urban couple go camping in the woods and find themselves lost in the territory of a predatory black bear. Missy Peregrym, Eric Balfour, Nicholas Campbell, Adam MacDonald, 2014.

A teenager’s weekend at a lake house with her father takes a turn for the worse when a group of convicts wreaks havoc on their lives. Lulu Wilson, Kevin James, Joel McHale, 2020.

A gloriously bonkers Italian Exorcist / Rosemary’s Baby mashup about a young pregnant woman who may be carrying the child of the DEVIL!. Ovidio G. Assonitis (1974)

Legendary Bruce Campbell and Ossie Davis star as elderly Elvis and geriatric JFK, who end up in the same old age home, but the two must join forces to battle an ancient Egyptian Mummy and save the souls of their fellow residents. Don Coscarelli (2002)

A loving father dons a clown outfit and makeup to perform at his son’s sixth birthday, only to later discover that the costume – red nose and wig included– will not come off, his own personality changing in horrific fashion. Jon Watts (2016)

After transferring to a Los Angeles high school, Sarah (Robin Tunney) finds that her telekinetic gift appeals to a group of three wannabe witches, who happen to be seeking a fourth member for their rituals. Bonnie (Neve Campbell), Rochelle (Rachel True) and Nancy (Fairuza Balk), like Sarah herself, all have troubled backgrounds, which combined with their nascent powers lead to dangerous consequences. When a minor spell causes a fellow student to lose her hair, the girls grow power-mad.

When a woman learns of an immortality treatment, she sees it as a way to outdo her long-time rival but things don’t go as planned. Meryl Streep, Bruce Willis, Goldie Hawn, Robert Zemeckis, 1992.

Jackie Chan stars in this Hong Kong Kung Fu masterpiece where a disobedient son is sent to be trained by his uncle, a master of the 8-Drunken Genii kung-fu, before the son comes back to rescue the father from an assassin. Woo-Ping Yuen (1978)

MAY NOT BE REGION FREE. Just a heads up. An unhappy housewife (Phoebe Cates) gets a lift from the return of her imaginary childhood friend, Drop Dead Fred (Rik Mayall).

Joe (Anthony LaPaglia) runs Empire Records, an independent Delaware store that employs a tight-knit group of music-savvy youths. Hearing that the shop may be sold to a big chain, slacker employee Lucas (Rory Cochrane) bets a chunk of the store’s money, hoping to get a big return. When this plan fails, Empire Records falls into serious trouble, and the various other clerks, including lovely Corey (Liv Tyler) and gloomy Deb (Robin Tunney), must deal with the problem, among many other issues.

After witnessing the execution of serial killer Edgar Reese (Elias Koteas), whom he arrested, police detective John Hobbes (Denzel Washington), and his partner, Jonesy (John Goodman), are soon investigating another murderer whose mode of operation is eerily similar to Reese’s. In the course of the investigation, Hobbes meets theology professor Gretta Milano (Embeth Davidtz), who introduces him to the world of the occult and the possibility that an evil spirit is behind the killings

In this horror-comedy from Blumhouse, a reimaging of the classic Freaky Friday, a teen girl swap bodies with a middle aged male serial killer. Vince Vaughn, Kathryn Newton, Christopher Landon, 2020.

Import version of the beloved cult film about a skateboarder who uncovers a government conspiracy while investigating his adoptive brother’s mysterious death. Christian Slater, 1989.

Starring badass legends Charles Bronson and James Coburn, following the adventures of a drifter turned illegal prize-fighter and his too cool manager during the Great Depression in New Orleans. Walter Hill (1975)

A brutally sadistic rape leads to a series of bizarre gory murders during a midnight disco bowl-a-rama at a popular bowling alley. Ryan Nicholson (2008)

A holiday romance turns into a terrifying nightmare when a backpacker and a young woman become the unwitting playthings of a vengeful and horrific entity.

A teenager’s quest to launch Norwegian Black Metal in Oslo in the early 1990s results in a very violent outcome. Jonas Åkerlund (2018)

Starring Tab Hunter, Divine. Rosie discovers that she and the town Madam each have a unique tattoo on their posteriors, which they discover might be a treasure map leading to the region’s mythic gold cache. Paul Bartel (1984)

Six American doctors must fight for their lives after four weaponized robots wipe out a village in Southeast Asia.

An ancient spaceship is brought back to Earth which unleashes an alien invasion by a race of predatory cyborgs. Walter Koenig, Bruce Campbell, 1989.

Phoenix secretary Marion Crane (Janet Leigh), on the lam after stealing $40,000 from her employer in order to run away with her boyfriend, Sam Loomis (John Gavin), is overcome by exhaustion during a heavy rainstorm. Traveling on the back roads to avoid the police, she stops for the night at the ramshackle Bates Motel and meets the polite but highly strung proprietor Norman Bates (Anthony Perkins), a young man with an interest in taxidermy and a difficult relationship with his mother

In the mid-21st century, an epidemic of organ failures leads to the rise of GeneCo., a company providing transplants at a great price. Those who miss their payments become targets of GeneCo. mercenaries, who repossess the organs. In a world of drug addiction and legalized murder, a sheltered youth (Alexa Vega) seeks a cure for her rare disease as well as information about her family’s mysterious history. Her questions are answered at “The Genetic Opera.”

Incarcerated for assault and manslaughter, a man (Siu-wong Fan) survives in a futuristic prison by resorting to more extreme violence

This documentary series hosted by Walking Dead creator Robert Kirkman takes a deeper look into the stories, people and events that have transformed the world of comic books. Narrated by Keri Russell. 2017.

The iron-fisted rule of principal of Vince Lombardi High School is challenged with the help of the Ramones in this anarchic Roger Corman classic. P.J. Soles, Dey Young, Mary Woronov.

Starring Christopher Lee and Peter Cushing, in London in the 1970s, Scotland Yard police investigators think they have uncovered a case of vampirism. They call in an expert vampire researcher named Van Helsing. Alan Gibson (1973)

In this classy cult film a teenage vigilante seeks revenge on a gang of violent thugs who raped her handicapped sister and killed her best friend. Linda Blair, Robert Dryer, John Vernon, 1984.

From the outrageous imagination of cult director Teruo Ishii comes this infamous omnibus of three shocking tales of crime and punishment based on true-life documented cases set during the reign of the Tokugawa shogunate. 1968.

A mysterious creature terrorizes five teenage friends after their bus takes a shortcut on a desolate road in the wild.

One of the key films of the American independent film movement of the 1990s, Richard Linklater’s plotless prescient look at an emerging generation of aggressive nonparticipants. 1991.

16 year-old Jamie falls in with his mother’s new boyfriend and his crowd of self-appointed neighborhood watchmen, a relationship that leads to a spree of torture and murder. Based on horrifying crimes discovered in Snowtown, Australia in 1999. 2011.

After suspecting that their police officer neighbor is a serial killer, a group of teenage friends spend their summer spying on him and gathering evidence, but as they get closer to discovering the truth, things get dangerous. François Simard (2018)

After being institutionalized in a mental hospital, Korean teen Su-mi (Yeom Jeong-ah) reunites with her beloved sister, Su-yeon (Su-jeong Lim), and they return to live at their country home. The girls’ widower father (Mun Geun-yeong) has remarried, and the siblings are immediately resentful of his new wife, Eun-joo (Kap-su Kim). As Su-mi and Su-yeon try to resume their regular lives, strange events plague the house, leading to surprising revelations and a shocking conclusion.

A trio of female reporters find themselves staying overnight in a house occupied by a hostile ‘being’ known only The Unseen. Barbara Bach, Sydney Lassick, Karen Lamm, 1980.

ietnam War hero Kowalski (Barry Newman) has become a pill-addicted driver for hire. Transporting a car from Colorado to California, he enlivens the journey by making a wager with his drug dealer: If the trip takes under 15 hours, Kowalski’s latest amphetamine purchase is free. But Kowalski’s recklessness on the road results in a much-publicized police chase. Radio jock Super Soul (Cleavon Little) covers the pursuit and turns Kowalski, who refuses to pull over, into a martyr for freedom

Paul Hogan is reluctantly thrust back into the spotlight as he desperately attempts to restore his sullied reputation on the eve of being knighted. Paul Hogan, Chevy Chase, John Cleese, Olivia Newton-John, 2020.

The notorious Mondo mash-up in which a Jayne Mansfield sound-alike narrates footage of Jayne being chased by paparazzi in Rome, wearing bikinis in Cannes and partying with drag queens in Paris, before veering into graphic photos of her horrific death.

Despite warnings to stick to the Appalachian Trail, hikers stray off course and cross into land inhabited by a hidden community of mountain dwellers who use deadly means to protect their way of life. Suddenly under siege, the friends seem headed to the point of no return — unless one man can reach them in time.

In a quiet apartment complex in Los Angeles, a deranged handyman goes on a killing spree, savagely murdering “immoral” women with the tools of his trade – claw hammers, power drills and even a deadly nail gun! But these gruesome massacres are just the beginning

And there we go my dear viewers. As always the videotore loves you and we’ll see you later in the week. Cheers!

Well hey kids! Happy Halloween Week indeed. It's that magical time of the year when old creepy Irishmen want to sacrifice the...

A Lost 80s Classic Hits Blu Ray This Week Along With Many Others..

The winter deep freeze has arrived my friends but thankfully the videostore is keeping warm with new cinema rolling in to warm...

Some New Exciting Stuff Hitting The Shop Next Week…