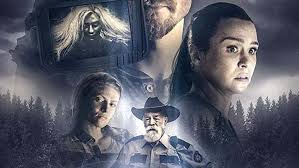 Well guys, we are all hunkered down in one way or another. Myself, I seem to be doing isolation in two location three blocks apart. At night with my cats, booze, food, and ofcourse movies. But in the day I’m hunkered at the shop from 12-7pm still. Now sadly there is no more entering the actual videostore because I’m the “Non-essential Videostore” but I am allowed to greet you at the door (proper social distance ofcourse) and hand you your new movie rentals or purchases like everything is okay. Anyways, this week we got some more goodies hitting the shop to keep our selection as wide ranging as possible. So let’s see what’s coming in shall we?

Now out of print I was able to snag one more of these beauties! The Region Free Import Blu Ray of the 1971 Vincent Price classic! A doctor, scientist, organist, and biblical scholar, Anton Phibes, seeks revenge on the nine doctors he considers responsible for his wife’s death.

A troubled assassin, who works by orchestrating “accidents”, suspects that an accident that happens to his team is not an accident at all. Louis Koo, Pou-Soi Cheang,

Barbarella, an astronaut from the 41st century, sets out to find and stop the evil scientist Durand Durand, whose Positronic Ray threatens to bring evil back into the galaxy.

When a comic book artist insults a China Town king pin, his hand is severed in retribution, but when his severed hand returns to life, his revenge may be close at hand. Matt O’Mahoney,

Starring Snoop Dogg, Pam Grier. Over 20 years after his death by a gunshot, Jimmy Bones comes back as a ghost to wreak revenge on those who killed him and to clean up his neighbourhood. Ernest R. Dickerson (2001)

A personal favourite from the great John Waters! An insane independent film director and his renegade group of teenage filmmakers kidnap an A-list Hollywood actress and force her to star in their underground film.

An exceedingly dark comedy about a pair of old friends whose chance reunion at an inner-city dive bar leads to an encounter with a wealthy couple who tempt the pals to participate in a lucrative game of one-upmanship that quickly runs off the rails. 2013.

Guillermo del Toro’s feature debut about a kindly antiques dealer who finds himself possessor and victim of the sinister, addictive powers of a device which grants immortality. Federico Luppi, 1993.

The ultimate mausoleum of movie madness unleashing a stupefying serving of delightfully depraved and garishly gory trailer trash from the defining decade of Decadence! Erupting with almost 4 hours of a non-stop body and breast count.

Some crew members of a company shooting a horror film begin to suspect that the “killings” in the movie are real, and that they are actually making a “snuff” film. Dusty Nelson (1980)

Almost 40 years later and still as popular as ever!

The 80s cult classic and it’s two shitty sequels all together in one nice package!

John Goodman is amazing in this Joe Dante tribute to the late great William Castle!

Documentary series which looks at the drive-in craze in North America and the Gothic horror revival brought about by Hammer Films.

This amazing series continues as this documentary focuses on the rise of creature features and the UFO craze in the 1950s and 60s.

The Munsters travel to England after Herman discovers he’s the new Lord of the Munster Hall. Earl Bellamy (1966)

Documentary feature about the troubled heart and soul of Michael Hutchence, lead singer and songwriter of INXS. Richard Lowenstein (2019)

The proper uncut version of Jackie Chan’s second sequel in the popular franchise! A Hong Kong detective teams up with his female Red Chinese counterpart to stop a Chinese drug czar.

The King of Schlock, Tony Newton, opens up his rusty film canisters to bring you an onslaught of the most Shocking, Blood Filled, Grindhouse Horror film trailers from the darkest depths of the underground.

Stan and his best friend Dommer have put up with bullies their entire lives. All of that changes when Stan discovers he has a murderous vampire living in his shed. Frank Sabatella (2019)

Stan and his best friend Dommer have put up with bullies their entire lives. All of that changes when Stan discovers he has a murderous vampire living in his shed. Frank Sabatella (2019)

Freddy the gym teacher has to teach remedial English in summer (high) school, if he wants tenure. As he can only teach gym and his students want fun, emphasis is on “field trips” – until he’s fired unless all his students pass the test. Also this movie gave many of us horror movie nerds growing up in the 80s characters we could relate to…CHAINSAW and DAVE!

Two boys learn from a mysterious warrior that they are the heirs to the throne of Patusan and set out to overthrow the current monarchy.

It’s Fourth Of July Weekend, and the recently discovered corpse of Sgt. Sam Harper – killed by ‘friendly fire’ during the first Gulf War – is returned to his all-American hometown. But when Sam rises from the dead to punish the unpatriotic!

A group of war veterans must defend their local VFW post and an innocent teen against a deranged drug dealer and his relentless army of punk mutants. Joe Begos (2019)

In Italy, it was considered the ‘unofficial sequel’ to DAWN OF THE DEAD. In England, it was known as ZOMBIE FLESH-EATERS and banned as obscene. In America, it was called ZOMBIE and advertised with the depraved tag line “WE ARE GOING TO EAT YOU!” Tisa Farr

So there it is for the week guys. Some random stuff of all over the place cinema comes back in. And once again as each day goes on I will be posting exactly what is in the shop Rack by Rack on the facebook group page so you can scroll through all the covers, send me a list, and swing by as the movies will be waiting at the door for you. Until then and the next time you can step foot in the time machine known as the Lobby DVD Shop always remember…the videostore loves you. Cheers!

Another Week Of New Goodies Hitting The Shop…

Another fine week of cinema comes rolling into the shop with some oldies, some oddes, and some surreal and haunting titles. So...

First Week Of November And Some Titles Hit The Shop!

We all survived Halloween but as we all know the videostore will always keep bringing in the fine treats, new and old,...