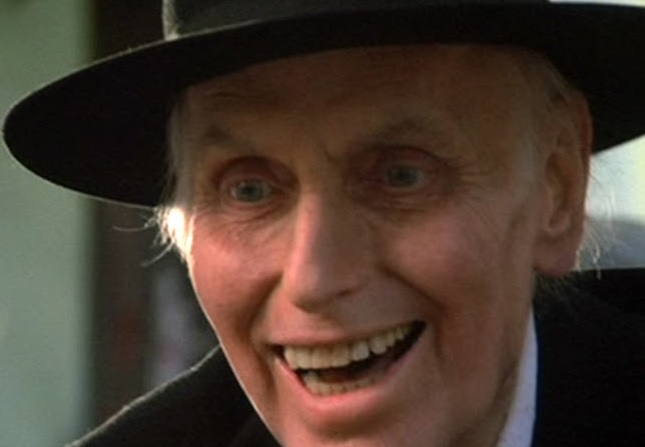 Another week of videostore goodness is upon us and as we approach Easter it makes me think of the obvious things…biker gangs, killer roomates, cannibal dinners, and other great things to honour the holiday. Let’s take a look at some sweet cinema coming to the shop this week..

Two actresses who have auditioned for one part, sharing the same apartment with opposite personalities equals a night which either neither of them will forget – if they survive! Yukihiko Tsutsumi, 2003.

Back In Stock…After becoming infected with the virus that killed superstar Hannah Geist, Syd March must unravel … In a blackly satirical near future, a thriving industry …

Back In Stock…Collection of outrageous, low-budget, 80’s-centric, genre-bending, independent short movies from a Canadian filmmaker collective.

Ava Dobkins is recovering from demonic possession, joining Spirit Possession Anonymous and struggling to reconnect with her friends, get her job back, and figure out where the huge bloodstain in her apartment came from. Jordan Galland (2015)

Oscar Winner Adrien Brody and Sam Neill star in this Aussie thriller where Psychologist Peter Bower discovers his patients have been seeing ghosts, leading him to uncover a terrifying secret which only he can put right. Michael Petroni (2016)

Tragic-comedy slasher film about 3 friends who wake up the day after Halloween party, in an apartment, to find one of their roommates dead with no memory of what happen but slowly the nightmare surfaces. Ruggero Deodato, 2016.

Private detective Philip Marlowe is hired by a wealthy family. Before the complex case is over, he’s seen murder, blackmail, and what might be love.

A research vessel finds a missing ship, commanded by a mysterious scientist, on the edge of a black hole. An Earth exploratory ship, the USS Palomino, discovers a black hole with a lost ship, the USS Cygnus, just outside its event horizon.

The story of insane young emperor whose love of brutality and degradation is surpassed only by his hunger for enslaved virgins, cruel vengeance, extreme acts of ‘horseplay’ and beyond. David Brandon, Laura Gemser, Michele Soavi, Joe D’Amato, 1982.

Both Arnie sword adventures in one blu ray set!

A film about what could happen if the wrong person pushed the wrong button — and it played the situation for laughs. U.S. Air Force General Jack Ripper goes completely insane, and sends his bomber wing to destroy the U.S.S.R. He thinks that the communists are conspiring to pollute the “precious bodily fluids” of the American people.

A young woman who has the ability to start fires with her mind, must now face the trauma of her childhood by battling with a group of very talented children and their cruel leader,

When a spaceship lands on the moon, it is hailed as a new accomplishment, before it becomes clear that a Victorian party completed the journey in 1899, leading investigators to that mission’s last survivor. Nathan Juran (1964)

Psychological thriller from Indonesia about a sculptor who is both inspired and haunted by female reproduction, becomes hooked on a warped reality show that unlocks childhood secrets behind the ‘forbidden door’ in his own home. Joko Anwar, 2009.

Obsessive scientist Dr. Pretorius (Ted Sorel) successfully discovers a way to access a parallel universe of pleasure by tapping into the brain’s pineal gland. When he is seemingly killed by forces from this other dimension, his assistant, Dr. Crawford Tillinghast (Jeffrey Combs), is accused of the murder. After psychiatrist Katherine McMichaels (Barbara Crampton) and detective Bubba Brownlee (Ken Foree) take the case, the trio risks a return to the other world in order to solve the mystery.

A mentally unstable woman begins a volatile descent into madness when she suspects her lover has left her for another woman. Jon Knautz (2015)

The friendship of a group of young friends struggling with teen sex, drugs, and work is jeopardized by a romantic interest which may turn pals into bitter rivals. Lawrence Monoson, Diane Franklin, Steve Antin, 1982.

One of the greatest concert films ever made – an ecstatic and elegiac summation of a vital era in American rock music and documenting the farewell performance of the legendary group the Band at San Francisco’s Winterland Ballroom on Thanksgiving, 1976.

This animated film by Ralph Bakshi presents the first part of J.R.R. Tolkien’s renowned fantasy tale. The wise old wizard, Gandalf (William Squire), entrusts the young hobbit, Frodo (Christopher Guard), with a magical ring. Soon dark forces are after Frodo, so he must leave his peaceful home and travel to the ominous journey.

Proper release of the 1981 cult hit about a woman whose head severs itself from its body, roaming the countryside with an unquenchable thirst for human babies. Indonesia, H. Tjut Djalil.

A female nurse tries to hide her necrophilia desires from her new boyfriend but still has pieces of her last lover in her possession.

Italian Giallo / Gothic horror hybrid where a aristocrat haunted by the death of his wife marries a seductive look alike. Marital bliss is short-lived as gruesome deaths suggest a vengeful wife has risen from the grave. Emilio Miraglia (1971)

In this French horror, a young woman, studying to be a vet, develops a craving for human flesh. Julia Ducournau, 2016.

Linda Blair & Leslie Nielsen star in this spoof of the Exorcist where “no joke is too tasteless, no gag too weak.” From the director of Meatballs 4, 1990.

There’s terror in paradise when Jaelyn and Kyle travel to a remote seaside villa in Vietnam for a romantic getaway. A torrential storm descends, reducing the villa to little more than a raft and sweeping the young couple out to sea.

A car tire comes to life with the power to make people explode and goes on a murderous rampage through the Californian desert.

Based on the beloved video game franchise, a mercenary and his team attempt to liberate hostages from the megalomaniacal General Bison. Jean-Claude Van Damme, Raul Julia, Ming-Na Wen, 1994.

Collection of 2 Korean zombie films – Train to Busan and its sequel Pennisula.

In a totalitarian near future, defiant citizens are labeled deviants and sentenced to brutal behavior modification camps. Brian Trenchard-Smith, 1982

Korean horror mystery where a stranger arrives in a little village and soon after a mysterious sickness starts spreading. A policeman is drawn into the incident and is forced to solve the mystery in order to save his daughter. Hong-jin Na (2016)

Documentary follows a year in the life of the White family, well known for Jesco White, the star of the “Dancing Outlaw” documentary. Julien Nitzberg (2009)

And there we go kids. This week’s selection of goodness. Hopefully it helps make everyone’s Easter a little more festive…Cheers!