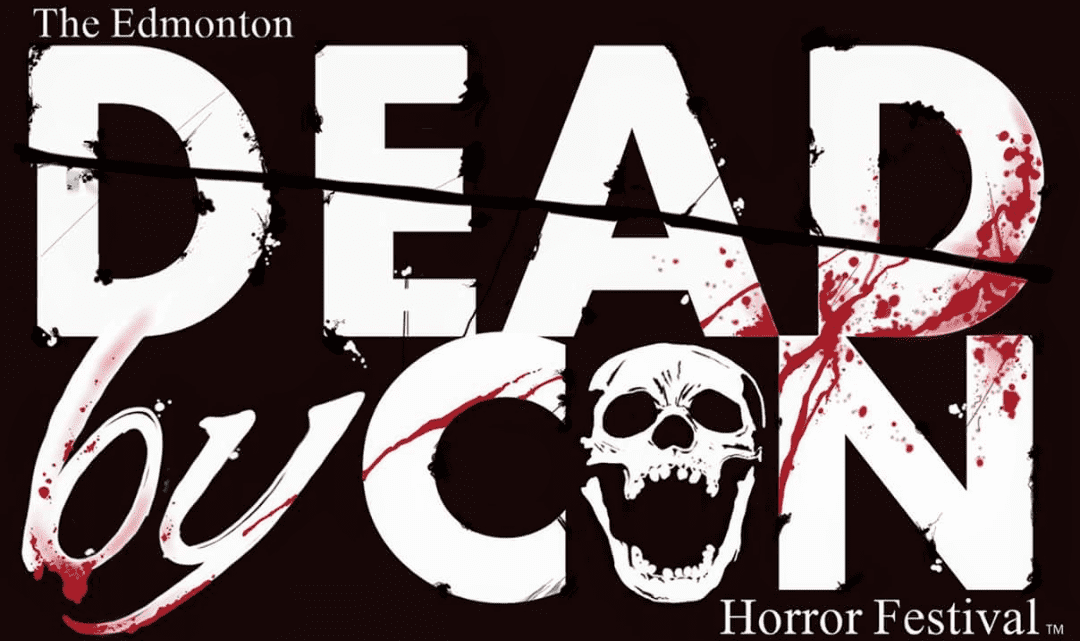 On March 14th and 15th the second annual DEAD BY CON hits the SawRidge Inn (4235 Gateway BLVD.) and this year puts a serious spotlight on the legacy of female actors in genre films. Growing up on this cinema I personally felt of all the different types of cinema there were more female actors who were able cut their acting chops in roles that landed in the horror genre more than the others. And looking at this year’s guests the people behind DEAD BY CON seem to be thinking the same thing.

Lynn Lowry was directed by two of the biggest genre giants ever! First by George Romero in THE CRAZIES and and then by David Cronenberg in SHIVERS. I’m sure she will have some great tales to tell working under them. And for all you Romero collectors a signed Crazies poster might be the finishing touch for you.

I would also like to point out that Lynn Lowry was a victim to Malcolm McDowell in Cat People. One of the more memorable scenes in the 1982 film.

Next up is Marcia Karr. Before getting into her horror movie roles I have to say that she was involved with two of my personal favourite “grindhouse” style films from the 80s. Both were over the top and both starred Linda Blair. Chained Heat had Marcia playing “Twinks” and straight up this movie is the best of the women in prison films in my humble opinion. Infact we at DEDFEST still have a 35mm print of it kicking around. Secondly was Savage Streets with her in the role of “Stevie”. If you ever wanna see Linda Blair with larger than life 80s hair and a crossbow as a tool of vengeance this is the movie!

But this indeed is a convention that loves to focus on the horror genre and she was no stranger to it. After doing some fun Hollywood films ,Hard Bodies and Real Genius with Val Kilmer, Marcia jumped on the cult classic gravy train with 1987’s KILLER WORKOUT!

Killer Workout, along with another 80s flick Death Spa have the amazing horror slasher genre take place in a fitness center. I beg you to watch it this week if you have time.

And as if Marcia could not get any deeper in cult classic status she also appeared in MANIAC COP and was the Casting Director for one of my all time personal favourite films CHEERLEADER CAMP!

In the 80s two VHS tapes I always repeatedly rented both starred Kelli Maroney. To have the actress that starred in both NIGHT OF THE COMET and CHOPPING MALL attend this year’s con is pretty badass.

Coming out in 1984 Kelli played “Samantha Belmont” in Night Of The Comet. This movie was a genre bending experience as it felt you were watching Omega Man mixed with Valley Girl. It’s the end of the world as humanity is wiped out so let’s go shopping. Another fun fact is her co-star and playing her older sister is Edmonton’s own Catherine Mary Stewart.

I expect many fans to be coming with some sweet Chopping Mall swag to get signed. I have sold this movie more times than I can count in the videostore as more and more younger fans of fun cinema are discovering it and can’t get enough of the movie also known as KILLBOTS. Directed by cult director Jim Wynorski this B-Movie classic has Kelli playing “Alison Parks” who starts off as a shy young woman on a first date and with a group of friends partying afterhours in the mall. But once the new security robots go crazy and are set to kill she slowly goes from shy and insecure to take charge and kickass! Again another must watch for those who have not!

A movie I only saw for the first time a couple years ago thanks to a new Arrow Video release was The Zero Boys. Directed by Nico Mastorakis this film has Kelli playing a character named Jamie. The movie ,involving a group of friends out the wilderness playing survival games when suddenly shit goes wrong, was an absolute blast that could have only come out of the 80s and Kelli was right in the middle of all the action and insanity. If you have a copy of the film be sure to get it signed. What a beauty of a hidden gem!

In the 80s the names of Jason, Freddy, and Michael ruled the horror genre. But in 1988 when teenagers partied at an abandoned funeral parlor on Halloween night and woke up an ancient evil that possess the living a new female villain was born. That villain was Angela! And the actress who made her come to life was Amelia Kinkade.

That movie ofcourse was NIGHT OF THE DEMONS. To be one of the only iconic female baddies from that era is something special and to have Amelia attend this year’s event should something special as I’m sure she will have some great stories to tell about leaving her mark on the horror genre with this cult classic and it’s two sequels.

Ofcourse aside from Angela many remember Night Of The Demons for a certain “lipstick” scene by a certain actress who would known as the true SCREAM QUEEN of genre films.

I’m ofcourse talking about the legendary Linnea Quigley. Having a career that has spanned 45 years starting in 1975 with the film Psycho From Texas and acting in over 160 films Linnea has left her mark on the genre from the smallest roles and cameos to stealing movies with some of the most memerable characters in theatrical and home video horror movie history.

Her filmography is simply mind blowing and her films alone helped build many mom and pop videostores by filling their shelves with B-Movie gold. But ofcourse like many of you out there it was 1985’s Return Of The Living Dead, playing Trash, that skyrocketed her fame to the next level for us fans. Aside from the film itself she captured my young mind for years to come and slowly climbed the mountain to reach the top of becoming the ultimate scream queen.

Being in such slasher flicks like Graduation Day and Silent Night, Deadly Night to being a complete badass in Sorority Babes In The Slimebowl A Rama she has kind of done it all. Hell, her breasts were even in Freddy’s chest in Nightmare In Elm Street 4. We are talking about serious genre royality!

I guess the hardest part is what movie you ask her about, what do you wanna get signed, and did you bring enough money because there is simply so much to get from Queen of Scream but she’s there all weekend to maybe help you figure it out.

So this coming weekend come on down to the SAWRIDGE INN at 4235 GATEWAY BLVD. on MARCH 14th and 15th and get your tickets at THE LOBBY DVD SHOP or DEADBYCON.CA. Day Passes are 25 dollars. Weekend Passes are 40. Or if you wanna join us at the Friday night VIP party those tickets are 70. Regardless if it’s just for a few hours or the entire event the horror film community in Edmonton is a strong one and we’ll see you all at DEAD BY CON 2020!

And ofcourse just like their first year THE LOBBY will have a table set up so come by and say hello because the store loves you. Cheers and thanks for reading!