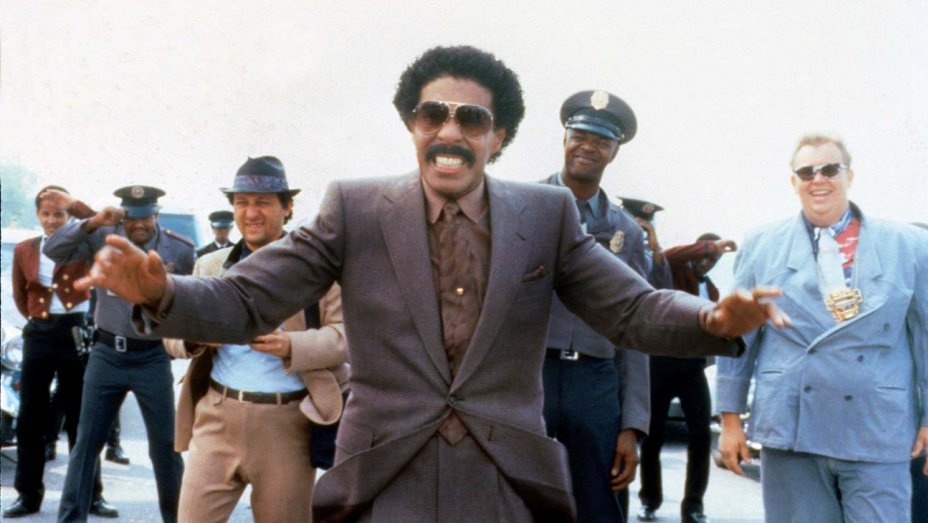 Trying to survive this cold weather always seems easier when there is sweet movie viewing to be done and get us through to warmer days ahead. So this week the shop is hoping some of these titles can warm you guys up…

A group of astronauts living in the haunting emptiness of deep space awake to find earth has suffered an extinction level event. John Suits (2019)

Back In Stock! A documentary that challenges former Indonesian death squad leaders to re-enact their real-life mass-killings in whichever cinematic genres they wish, including classic Hollywood crime scenarios and lavish musical numbers. 2012.

I’m sure this a movie Drew Berrymore would like to forget but the videostore won’t let her. The true story of the Long Island teen who shoots and wounds the wife of a man she called her lover. Andy Tennant (1993)

More copies of the latest giant killer boar movie come to the shop. Worth a watch for “Angry Nature” film fans.

Back In Stock! Tobe Hooper & John Carpenter join forces in this TV horror anthology featuring 3 short stories: the first about a serial killer, the second about a hair transplant gone wrong, and the third about a baseball player.

Childhood favourite gets a special edition release! Starring Richard Pryor, John Candy. A minor league baseball player has to spend thirty million dollars in thirty days, in order to inherit three hundred million dollars. However, he’s not allowed to tell anyone about the deal. Walter Hill (1985)

Back In Stock! Underground cult classic where a bizarre series of murders in New York City seems to point toward the existence of a race of mutant cannibals living under the streets. Douglas Cheek (1984)

Back In Stock! Another one of the shop’s favourites from director Hong- Jin Na… A disgraced ex-policeman who runs a small ring of prostitutes finds himself in a race against time when one of his women goes missing.

Back In Stock! French horror. Dancers gather in a remote, empty school building to rehearse on a wintry night. The all-night celebration morphs into a hallucinatory nightmare when they learn their sangria is laced with LSD. Gaspar Noé (2018)

Back In Stock! Alexander Aja’s straight forward survival story of a father and daughter trying to deal with some big repitiles in a hurricane torn Florida.

Back In Stock! Guillermo del Toro’s feature debut about a kindly antiques dealer who finds himself possessor and victim of the sinister, addictive powers of a device which grants immortality. Federico Luppi, 1993.

Back In Stock! In this provocative musical drama, an Eastern European woman goes to America with her young son, expecting it to be like a Hollywood film. Björk, Catherine Deneuve, David Morse, Lars von Trier, 2000.

More copies! Australian action comedy television series set in a bizarre, camp, 1960s interpretation of World War II and follows a group of five international spies on a mission to kill Adolf Hitler and thwart his plans of world domination.

A physician discovers that two children are being kept virtually imprisoned in their house by their father. He investigates, and discovers a web of sex, incest, and Satanic possession. Peter Sykes (1972)

Back In Stock! A struggling painter is possessed by satanic forces after he and his young family move into their dream home in rural Texas, in this creepy haunted-house tale. Sean Byrne (2015)

The rural community of Paddock County is being rocked by the crazed exploits of an axe-wielding psychopath, who stalks the night in a black trenchcoat and mask. José Ramón Larraz (1988)

German Horror. It has been two years since a zombie virus epidemic infected all but two German cities. Vivi and Eva flee the struggling community in Weimar for the one other safe-haven: Jena. Carolina Hellsgård (2018)

Back in Stock! You like Goonies, Monster Squad, and Stranger Things? Don’t forget about the Joe Dante 1985 cult classic!

German horror. A serial killer strikes fear in the hearts of residents of Hamburg during the early 1970s. Fatih Akin (2019)

Back In Stock! The cult classic that stopped a lot of people from picking up hitchhikers in the 80s.

Back In Stock! Ahh…the 90s. MTV productions gave us this little gem with Jerry O’Connell and some singing cockroaches!

Back In Stock! Nothing needs to be said about this film except give it a watch.

Back In Stock! Lone police officer Jessica faces off against the murderous ghosts of the cult that killed themselves in the abandoned precinct one year ago today. Anthony DiBlasi, 2014

From Robert Eggers, the director of the WITCH, comes his latest effort. Two lighthouse keepers try to maintain their sanity while living on a remote and mysterious New England island in the 1890s.

A washed-up musician teams up with a teacher and a kids show personality to protect young children from a sudden outbreak of zombies. Abe Forsythe (2019)

Back In Stock! Starring Nicolas Cage and set in the primal wilderness of 1983 where Red Miller, a broken and haunted man hunts an unhinged religious sect who slaughtered the love of his life. Panos Cosmatos (2018)

Back In Stock!   Starring Matt Berry. A look into the daily (or rather, nightly) lives of three vampires, who’ve lived together for over 100 years, on Staten Island. TV Series (2019)

After doing time for 2 decades, infamous pirate Yellowbeard breaks out of prison determined to recover the treasure he buried. Trouble is, the map has been tattooed onto the head of his effete son, Dan… Graham Chapman, Cheech & Chong, Peter Cook.

Back In Stock!   Italian action adventure, his own past and true identity are shrouded, his only clues are the gold medallion around his neck and the beautiful priestess held prisoner in a forbidden city. Antonio Margheriti (1983)

Both movies together On Blu Ray!

So there you have it…a great way to deal with the frozen world that is Edmonton. Movies always making us smile…the more twisted the better. Cheers!