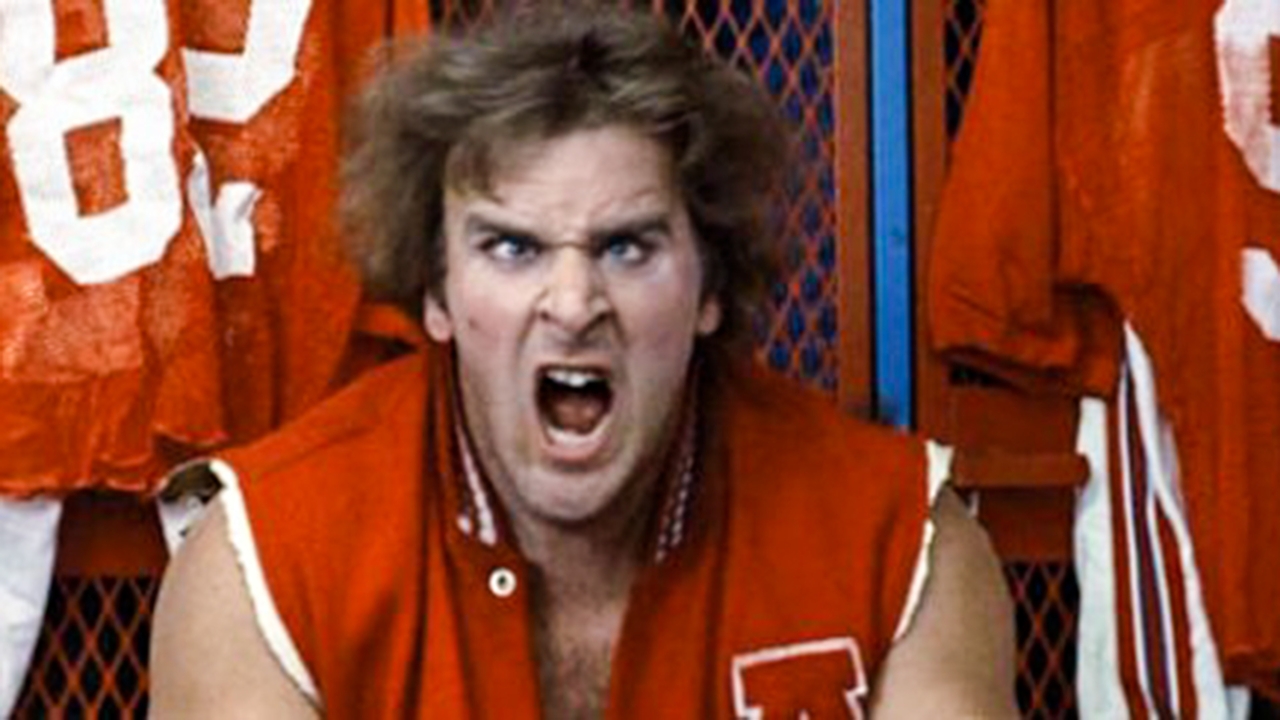 The days keep on rolling towards St. Nick delivering the goods and sometimes he can’t do it all himself so the videostore is here to help with oldies, new ones, and cult classics that you may have missed. Let’s take a look!

Starring Louis Gossett Jr., Chappy discovers a drug-smuggling scheme at his own air base endangering people in Peru, so he fly there with vintage airplanes and some pilot friends to save them. John Glen (1992)

Back In Stock! The movie that keeps on selling. The cult classic starring Andrew Dice Clay returns to the shop!

Gory German suspense about a small-town cop who goes to the big city to interrogate a notorious serial killer. Christian Alvart, 2005.

When a group of cannibal savages kidnaps settlers from the small town of Bright Hope, an unlikely team of gunslingers, led by Sheriff Franklin Hunt (Kurt Russell), sets out to bring them home. S. Craig Zahler, 2015.

Two black bounty hunters ride into a small town out West in pursuit of an outlaw. They discover that the town has no sheriff, and soon take over that position. Jack Arnold (1975)

Starring Charlie Sheen. Roy and Bo leave their small town the weekend after graduation for a short road trip to LA. Soon, they find themselves lashing out and leaving a trail of bodies behind them. Penelope Spheeris (1985)

Horror masterpiece about a tormented young woman (Sissy Spacek) who lashes out with her telekinetic powers in one of cinema’s greatest blood baths. Based on the novel by Steven King. Brian De Palma (1976)

Based on the stories of Stephen King, the series will intertwine characters and themes from the fictional town of Castle Rock. TV Series (2018)

Back In Stock! The Alligator movie that lots of people liked this year.

Back In Stock! 3 volumes of sweet trailers return to the store!

In a world ravaged by crime, the entire island of Manhattan has been converted into a prison which houses the world’s most brutal inmates. And when the President of the United States crash lands inside, only one man can bring him back: Snake Plissken!

Aussie action, a young woman running a wildlife sanctuary in the Australian outback fights off a group of poachers who mistakenly think she is easy prey. Mario Andreacchio (1986)

A bold girl discovers a bizarre, threatening, and mysterious new world beyond her front door after she escapes her father’s protective and paranoid control. Zach Lipovsky (2018)

Based on a story by H. P. Lovecraft, a group of scientists create a resonator to stimulate the pineal gland, and open up a door to a parallel (and hostile) universe. Jeffrey Combs, Barbara Crampton, Stuart Gordon, 1986.

Starring the incredible Lou Ferrigno, a fantastic flight of the imagination and a ridiculously entertaining, 80s-induced take on the legendary mythology! Luigi Cozzi (1980)

The overnight stock crew of a local supermarket find themselves being stalked and slashed by a mysterious maniac. Scott Spiegel (1989

Back In Stock! The 70s cult classic returns to the shop!

A scientist returns to England with a baby chimp whose experiments grow it to enormous size, using it for revenge. John Lemont (1961)

Starring Bella Lugosi. A mad scientist seeks to mingle human blood with that of an ape, and resorts to kidnapping women for his experiments. Robert Florey (1932)

Mother of the modern zombie movie, where a group of strangers barricade themselves in a house to survive the night against the hordes of shambling cannibalistic undead overrunning the countryside. George A. Romero (1968)

Mario Bava’s influential horror-sci fi film about a team of astronauts who begin to turn on each other, swayed by the uncertain influence of the planet and its strange inhabitants. Barry Sullivan, Norma Bengell, Ángel Aranda, 1965

Back In Stock! All 4 Revenege of The Nerd movies together again!

Back In Stock! This gorgeous boxset from Arrow Video. All 3 RINGU movies together loaded with bonus features!

A pizza delivery girl at the end of her financial rope has to fight for her life – and her tips – when her last order of the night turns out to be high society Satanists in need of a virgin sacrifice. Chelsea Stardust (2019)

Documentary gives a sweeping overview of tattooing, from Biblical references and early Christian practices to the voyages of Captain James Cook and the ever-evolving image of the tattoo in the Western world. Alan Govenar (2019)

Harrowing documentary-style account of a nuclear holocaust and its effect on the working class city of Sheffield, England, and the eventual long-term effects of nuclear war on civilization. Mick Jackson, 1984.

Initially begun as a fun documentary about a mysterious tickling competition the filmmaker uncovers a fascinating & disturbing story of economic exploitation and sexual consent. David Farrier, 2016.

Low budget Lovecraftian horror about a police officer who experiences strange & violent occurrences linked to a group of mysterious hooded cultists after he delivers their intended sacrifice to a local hospital. Art Hindle, Jeremy Gillespie (2016)

Swiss sexploitation. A bunch of delinquent women are shipped to an island prison run by the sadistic warden Carla. Erwin C. Dietrich (1980)

Korean horror. In the household of Lee Gyeong-jin, a high-ranking official of Joseon Kingdom, three sons die from an unidentified horror. Young-sun Yoo (2018)

So there it is my friends. New and old come back the shop this week and hopefully something on the list makes you smile. Till next time support your local videostore. Cheers!

The Fall rolls in and so does the massaive amount of movie goodness. From new interesting titles to classics getting some jacked...

This Halloween see HANDS OF ORLAC like never before!

It's getting close to that magical time of year when our good friends at the Winspear Centre give us our annual treat...

Metro Cinema Brings John Carpenter’s THEY LIVE Back To The Big Screen On Sept. 21st!

Back in 1988 John Carpenter created a film that was rooted in the Reagan era of American politics and now in 2019...